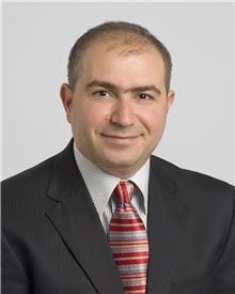 Dr. Eren Berber is a surgeon at Cleveland Clinic, a Professor of Surgery, Director of Robotic Endocrine Surgery and Co-Director of the Liver Tumor Ablation Program. He graduated with his medical degree from Istanbul University Istanbul Medical Faculty, where he also completed his general surgery residency. Dr. Berber continued his career in the United States, where he completed a general surgery residency at Cleveland Clinic and his laparoscopic surgery fellowship at the University of California, San Francisco. His areas of interest include laparoscopic and robotic liver surgery, laparoscopic liver tumor ablation, robotic surgery, conventional and minimally invasive endocrine surgery (for the glands of the thyroid, parathyroid, adrenal and pancreas), robotic thyroidectomy, robotic adrenalectomy, and surgical ultrasound.

Dr. Berber has authored more than 200 peer-reviewed papers and 15 book chapters. He is the director of Cleveland Clinic Annual Laparoscopic and Robotic Solid Organ course and is on the Editorial Board of Surgical Laparoscopy and Endoscopy. He is the past president of the Clinical Robotics Surgical Society, an active member of numerous surgical societies, including American College of Surgeons, and serves on multiple committees. He offers a surgical research fellowship to young surgeons and has mentored multiple surgeons in laparoscopic liver and endocrine surgery at Cleveland Clinic.

More in this section