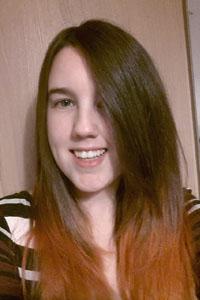 Sam Rose is a twenty-something English girl living in Northamptonshire, UK. She had a subtotal colectomy when she was 22 due to bowel cancer and has since been diagnosed with Lynch syndrome, a genetic disorder that increases the risk of cancer. She strongly believes in the importance of receiving support not only during but also after being treated for cancer.

When we’re given the all-clear from cancer, it seems as if everything should go back to normal. Work and home life carries on, and we’re meant to forget all about being ill and move on with the rest of our lives. After all, the people around us seem to get back to normality quickly enough, so we should too, right? If only.

When it was confirmed in 2011 that my cancer had not spread past my bowel and I didn’t need any further treatment, I tried to use it as a way to feel happier about everything else. I would constantly remind myself how bad things had been in the past year and that almost nothing would be as bad as or worse than what had already happened to me. Any worries about work, home life, or other everyday things should pale in comparison to what I had already been through, and if I just remembered that, I would never really worry about anything ever again.

This wasn’t the case, and I realize now that it was unrealistic for me to put that kind of pressure on myself. I mean, to expect myself to be happy for the rest of my life as long as I didn’t have cancer? Who can live up to that?

At the time I felt like if I did get upset about something small, I was being petty and ungrateful for my health at a time when I should have been feeling as if I had a new lease on life. But most of all, I thought I should have “gotten over it” emotionally. The more time went on, the more I wondered why I still felt so traumatized.

But the worry that the same thing could happen again and the fear of a body that had betrayed me once before with no prior warning—these feelings don’t just disappear. Not to mention the flashbacks and the paranoia over every new lump, bump, or twinge. Those unwelcome thoughts are hard to suppress.

The fact is the cancer journey doesn’t end when we’re given the all-clear. It takes time to adjust to the changes in our minds as well as our bodies, and we should show ourselves some compassion rather than chastising ourselves when we don’t live up to our own expectations. If one of our friends told us they were struggling to feel like their old selves again, we wouldn’t tell them we expected more of them. We’d be supportive, and that is the kind of consideration we deserve to receive from ourselves.

It’s okay to still think about what happened or to worry, even long after the event. Just accepting that it’s going to take time and giving ourselves that time is a big step towards being in a brighter place. Three years on and now diagnosed with Lynch syndrome I’m still not completely there, but that’s okay—I haven’t given myself a deadline.