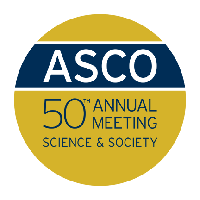 The 50th ASCO Annual Meeting is well underway. Today, new research was released on innovative immunotherapies for advanced or high-risk melanoma and cervical cancer. These treatments are designed to boost the body's natural defenses to fight the cancer.

"The field of immunotherapy has exploded in the last decade, and more and more patients are benefiting,” said Steven O'Day, MD, a member of ASCO’s Cancer Communications Committee and Clinical Associate Professor of Medicine at the University of Southern California, Keck School of Medicine. “Having a potential new way to keep melanoma at bay is a major advance for patients who live under the constant fear of recurrence after surgery. It’s also incredibly exciting that we’re extending the benefits of immunotherapy beyond melanoma, to diseases like cervical cancer where patients urgently need better options.”

In this podcast, Dr. O’Day provides an overview of some of these studies and discusses what the results mean for patients.

This is a prerecorded audio podcast, and it can be listened to online or downloaded to your computer. A transcript of this podcast is also available. For more information, visit the Cancer.Net podcast page.

Highlights from these studies include:

Treatment with Ipilimumab after Surgery Reduces the Recurrence of High-Risk Stage III Melanoma. Results from a large clinical study show that treatment with ipilimumab (Yervoy) decreases the risk of melanoma coming back after surgery by roughly 25% for people diagnosed with high-risk stage III disease. However, this treatment causes serious side effects.

New Immunotherapy, MK-3475, Shows Promise for Metastatic Melanoma. According to the results of a large, early-stage study, a new drug called MK-3475 may benefit people with melanoma that has spread to other parts of the body. Treatment with MK-3475 provided a benefit no matter how many or what type of treatment participants had previously been given, including previous treatment with ipilimumab.

Combining Ipilimumab and Nivolumab Helps People with Advanced Melanoma Live Longer. A phase I study shows that half of patients with advanced melanoma who received a combination of ipilimumab (Yervoy) and nivolumab, an investigational medication, were alive almost three and a half years later. That is nearly double the amount of time reported in earlier studies that used either drug by itself.

Study Shows Potential of a New Personalized Strategy for Advanced Cervical Cancer. A new type of personalized immunotherapy, known as adoptive T-cell therapy, has shown promising results in a small group of women with cervical cancer. Two women with cancer that had spread to other parts of their bodies have been cancer free for nearly a year or longer after receiving this treatment.