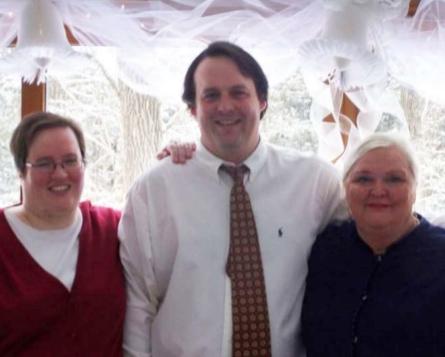 My mother, Judith, lived a very full life. She raised two kids as a single mother and worked for 29 years as a real estate association executive. During her career, she was widely respected as an industry leader and was instrumental in developing the first computerized multiple listing service. She also was extremely creative. She loved Irish music and played the hurdy gurdy and the pennywhistle, among other instruments. She was a talented artist and a writer. But of all her passions in life, her family was always her top priority. She was my mentor and my best friend.

By the time she was 72, my mom had already fought and beat both breast and colon cancer. Then suddenly, she started experiencing symptoms like shortness of breath and lethargy among others. It took about two weeks for her to be diagnosed, and it turned out she had end-stage liver cancer that was causing multiple organ failures.

On a Friday, after we received the diagnosis, I asked her, “How do we fix this?”

She simply responded, “We don’t.”

She was gone the following Tuesday before I had a chance to be by her bedside.

A celebration without any “hoo-ha”

I knew what her wishes were in terms of end-of-life decisions, but we never talked about the un-fun stuff like what to do when she died. My mom was very humble and always said she didn’t want any “hoo-ha.” But I also knew that she didn’t want a traditional funeral; she wanted a celebration—a party for her friends. It was up to me to figure out what that looked like. How could we honor her without an event filled with speeches and tributes?

As I started planning the event, I tried to find ways to represent my mother in everything. The venue was on the old state hospital grounds now called The Village at Grand Traverse Commons in Traverse City, Michigan, where she lived. She loved those grounds and would often go there to write poetry, shop, and dine. She was a big supporter of the revitalization effort that’s still underway.

There are a lot of beautiful old buildings on the grounds, including Kirkbride Hall, which is the former hospital chapel where we held the event. It was a beautiful setting: huge ceilings, stained glass windows, and great acoustics for music. Keeping with her wishes, many of her friends played jazz and Celtic music in her honor, and we had her artwork displayed throughout the venue. We also had slides with photos, which I don’t think she would have liked because she hated having her photo taken. However, I felt the photos were one more way to inject her presence into the celebration, and the slides told the story of her very full life.

Since my mom always liked to give back, I also wanted to incorporate a cancer charity into the event. Friends and family really wanted to help, but there wasn’t much the family needed, so this was an easy way for them to do something. I heard about the Conquer Cancer Foundation from a friend and knew that my mother would appreciate the work they were doing. They fund research focused on all types of cancer, including the rare. And in the end, it was the liver cancer that killed her, not the more common breast or colon cancers. We also established two scholarships in her name: one for people to earn their REALTOR® Association Certified Executive designation and one with the Michigan Writers Council to help aspiring writers.

Coping with the loss

After my mother’s death, someone early on said to take things in 15-minute intervals, to just put one foot in front of the other and not think ahead.

That was some of the best advice I received and has been a mantra for me these last six months. Each day gets a little bit easier, although it’s never going to be easy. I think I will grieve her loss my entire life. However, planning her event and telling her story have been a tremendous help. I don’t know where I would be without having done that kind of thing for her. If something is honoring her and getting the word out about cancer and advocacy, even if it hurts, it’s something I want to try to do.

You can view Judith Lindenau’s writing via her blog.