Cancer Has Given Me More Than It Has Taken Away 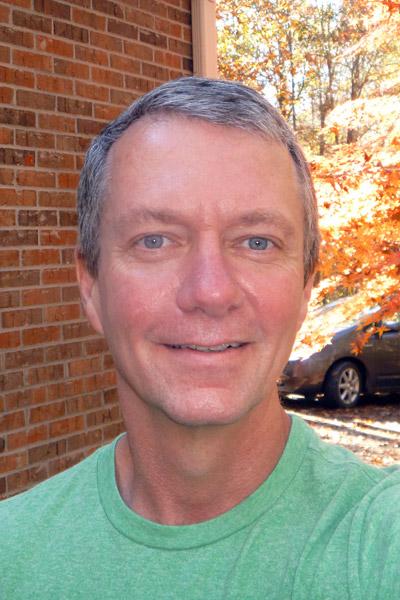 In the fall of 2010, I developed a sore throat and tonsillitis while on a hike in North Carolina. Although it was not uncommon for me to have sore throats accompanied by some swelling on my tonsils, this time much of the inflammation and swelling were centered on just my left tonsil. After seven days of antibiotics failed to resolve the problem, I became alarmed and sought the advice of a physician colleague, who prescribed 20 more days of antibiotics, which cured the sore throat but not the persistent swelling in my left tonsil.

After another examination of my throat, he recommended I see an ear, nose, and throat specialist for a second opinion. By this time, the lymph nodes on the left side of my neck were also swollen. Although I was an emergency room nurse at the time and didn’t have much experience taking care of patients with cancer, during the examination I asked the specialist if I might have throat cancer, and he assured me that I didn’t. “Cancer presents differently. There is pain and bleeding, neither of which you have,” said the doctor, as he scheduled me for a tonsillectomy.

Still concerned, while I awaited the surgery, I searched online for information on tonsil cancer and found a message posted by a survivor who had had the exact same symptoms I was having, and I became worried. A biopsy of the inflamed tonsil and surrounding lymph nodes confirmed my worst fears—I had stage IV human papillomavirus–related throat cancer.

I met first with a radiation oncologist, who prescribed 33 rounds of radiation therapy, and then a medical oncologist, who prescribed three rounds of cisplatin. The treatment was aggressive and grueling. The cisplatin exacerbated the minor tinnitus I had suffered from for several years and caused hearing loss, but I was afraid my oncologist would stop the therapy if he knew about the side effects I was experiencing, so I kept silent. Today, my hearing loss is so severe, I use hearing aids.

The long-lasting side effects from all the radiation to my head and neck are even worse. During the radiation therapy, I had such excessive salivation excretions, I had to carry a cup around to use as a spittoon, and my mouth and throat were so swollen, I needed a feeding tube for seven months for nutrition. Even now, swallowing food and drink can be difficult, and I have to be careful about my diet. The damage to my salivary glands causes my mouth to get so dry that I start slurring my words after speaking for a short while.

Many people think that once treatment is over and you are cancer-free, your life gets back to normal, but the effects from cancer can be life-long.

Still, I don’t care about any physical loss I’ve experienced from cancer; I’m grateful just to be alive.

The cost of survivorship

Furthermore, cancer has given me more than it has taken away.

I was overweight when I was diagnosed, but now I exercise regularly and maintain a healthy weight. In that respect, I’m in the best physical shape of my life. Cancer has also made me a more compassionate nurse and person. I have launched a support group for survivors of head and neck cancer at our local hospital and offer counseling to online support groups as well.

It is shocking for me to hear from so many survivors about the lack of information they received from their medical team about the potential side effects of their treatment and how distressed they are by the physical and even mental limitations they now face. I was very lucky to have the doctors I had, especially my radiation oncologist, who painstakingly explained every detail of what I could expect from treatment and never sugarcoated what I was likely to go through during and after therapy was over. Survivors need to know the truth about the life-altering and permanent effects they will likely have to contend with as a result of their cancer—the cost of survivorship.

I have no regrets about my cancer diagnosis and its aftermath. The experience has made me determined to have a productive and meaningful life and to help other survivors do the same.