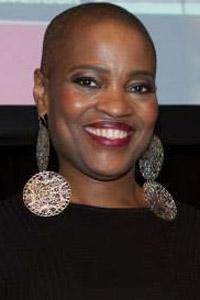 Desirée Walker is a two-time breast cancer survivor, health educator, cancer patient advocate, and support group facilitator. She volunteers with the Witness Project® of Harlem, Survivors in Spirit, SHARE, and the Young Survival Coalition as a board member.

At age 38, I was informed by a radiologist: “You have breast cancer.” Now that’s a formal introduction to breast cancer! I had only known of older women with the disease, but it was now clear that young women could be diagnosed too.

Based on hours of research, answers to pointed questions, and my surgeon’s recommendation for stage I breast cancer, I opted to have a lumpectomy. Actually, I wound up having a second lumpectomy to achieve clear margins on all sides of the tissue that was removed. Following surgery, I had five weeks of radiation. It was a quick and thankfully painless process. However, I was not prepared for the lethargy that began halfway through treatment and lasted for several months. I also received a hormonal therapy that thrust me into menopause.

Whew! My diagnosis and its treatment caused collateral damage—menopausal symptoms like hot flashes, fatigue, no libido, weight gain, mood swings, and insomnia, as well as a new way of looking at my body. Life as I knew it was gone.

However, in playing the hand that I was dealt, I began to reclaim my life and move toward normalcy. My health/life appeared to be “back on track.” Then another bombshell hit eight years later—I was diagnosed with a breast cancer recurrence.

I chose to have a bilateral mastectomy with reconstruction. Due to a ruptured blood vessel, I had emergency surgery a week later. My adjuvant therapy included chemotherapy, a targeted therapy since my tumor was HER2 positive, and hormone therapy. The side effects were numerous.

After a cancer diagnosis and treatment, the phrase “your new normal” is often said. But what is that really?

Is it that no two hours, days, weeks, or months will be the same? Is it that your daily activities or level of physical activity will be forever changed? Does it mean the journey is a constant emotional rollercoaster even after treatment has finished?

I think my “new normal” has become acceptance and giving myself permission.

I now accept that my life has been forever changed by my breast cancer diagnoses, surgeries, and treatments. I have a new physical appearance, new emotions, limited stamina, a new diet, and altered sleep patterns. I also accept that some friends and family have disappeared after my diagnosis.

I have learned to give myself permission to nap when needed and shift from being a caregiver to a recipient of support when offered. I also have given myself the go-ahead to grieve the loss of my breasts, to feel sexy, to say goodbye to a few friends and relatives who were toxic and would inhibit my healing, and to let go of being in control.

My breast cancer journey has been filled with thorns and roses. It has defined my passion, showed me how to make lemonade with my lemons, and taught me about resilience. I don’t sweat the small stuff as much and now step out of my comfort zone regularly.

I remind myself daily: “Yesterday is history. Tomorrow is a mystery. Today is a gift. That's why it's called the present.” Living in the moment is challenging, but it’s worth it!