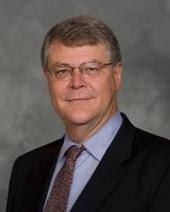 Dr. Randy Hillard is a Professor of Psychiatry at Michigan State University and was diagnosed with metastatic gastric adenocarcinoma in 2010. He is one of the administrators for the Stomach Cancer Warriors and Caregivers Family support group on Facebook.

About two years ago, I was asked to become a member of the U.S. Food and Drug Administration’s (FDA) patient representative program. I became an advisory panel representative for gastrointestinal cancers, as I was diagnosed with stomach cancer four years ago. Sometimes I think that we cancer patients are a little too quiet for our own good, so I was pleased to join a program that gives us a voice.

See, when a new drug is created, the company marketing it has to go through three phases of clinical trials to establish that the drug is safe and effective. The drug company presents the results of these studies to a committee of experts at the FDA, who then recommend for or against approving the drug as a new treatment for a specific condition. Each expert committee must include a patient advocate as a voting member.

At our January meeting, my committee was tasked with considering the first application for a “biosimilar” medication. When drugs are still covered by patents, which last for 20 years after the drug is invented, the drugs are usually very expensive. When a generic medication is approved, the price usually goes down sharply, sometimes by as much as 90%. A generic medication is one that is identical to an existing brand-name drug but is manufactured by a different company.

For “small molecule drugs,” like most cancer chemotherapies or drugs to treat side effects, it is easy to make a copy that is 100% identical to the brand-name drug after it is no longer patented. However, for “big molecule” drugs like trastuzumab (Herceptin) or lapatinib (Tykerb), the manufacturing process is so complicated that it is impossible for another company to make a drug that is completely identical to the original. Since 2009, it has been theoretically possible for other companies to make and sell drugs that are “biosimilar” to the brand-name drug, but until now, that had never happened.

To be approved as a “biosimilar,” a generic drug has to present evidence that proves it is:

In the January meeting, we considered a generic version of filgrastim (Neupogen), a protein used to increase white blood cell counts in patients whose white blood counts have gotten dangerously low due to chemotherapy. Some of you may have taken it, so you will know that the brand name costs more than $3,000 for a course of treatment. However, the new “biosimilar” version has been available in Europe as a less expensive alternative since 2009.

Our FDA Scientific Advisory Committee meeting went on all day. First, we were welcomed by Janet Woodcock, MD, the Director of the FDA. The fact that she gave a fairly lengthy presentation demonstrated how important the FDA deemed this decision to be. Each of us on the committee then introduced ourselves. The other members identified themselves with titles like “Professor of Oncology” at well-known cancer centers. I introduced myself as “a patient who was diagnosed with stage IV (metastatic) stomach cancer in 2010 and who wakes up grateful every morning.”

Throughout the process I, as the patient representative, was treated with respect and attentiveness by the other members of the committee, all of whom were renowned scientists or clinicians who were experts in issues related to the drug. I always kept our issues as patients in mind—that we want generic medications that cost less, but we also want to be extremely sure that they are every bit as effective as the brand name drugs. I think that I made a real contribution to the deliberations by keeping us focused on what is clinically significant to us, patients, in addition to what is statistically significant.

At the end of the day, I said that I had been convinced by the data presented and that “I am willing to bet my life on it.” This is exactly what we patient representatives do every time that we vote on a drug.

This deliberation had direct personal significance for me because I am being treated with trastuzumab, a big molecule drug. It treats my kind of stomach cancer (HER2 positive), which makes up about 20% of all stomach cancers. This drug is keeping me alive, but the cost of it has already passed the one million dollar mark. I cannot afford that. Nobody can afford that. Fortunately, very fortunately, I have good insurance that has covered most of the costs. However, I am very painfully aware that many of us are not so fortunate. Hopefully our deliberations will pave the way for evaluating other biosimilar drugs in the future.