When It Comes to Cancer, It’s the Little Things that Make the Biggest Difference 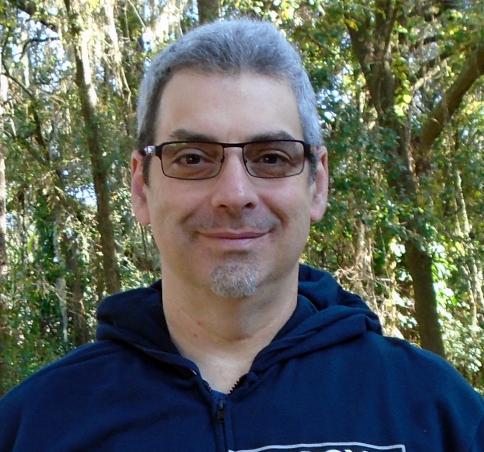 In November 2013, I had an MRI scan of my brain due to "fainting episodes” I was experiencing. Two hours later, I found myself in the intensive care unit of Florida Hospital Tampa. The next morning, a surgeon explained that I needed emergency brain surgery for a 7 cm tumor that was pushing my brain off-center. The doctor scheduled me for brain surgery two days later.

Immediately after surgery I realized two things: I really had to go to the bathroom, and that my life was changed forever.

The night after surgery, I was lying in my hospital bed, waiting for the weeping to begin (and make no mistake, I cried during my time in the hospital), but instead I found myself thinking about the upcoming 50th anniversary special of the British science fiction series Doctor Who on November 23. You see, besides being a charming, funny, handsome brain tumor survivor, I am also a geek, and Doctor Who is my geek Mecca. I was NOT going to be stuck in a hospital bed, missing the historic broadcast of the 50th anniversary episode. Watching a recorded version would not do. I was going to watch it live with the rest of the world.

I was so motivated by this simple pleasure that the nurses said they had never seen a patient recuperate from brain surgery as fast as I did.

When I returned home from the hospital, I surrounded myself with things that made me happy. The 50th anniversary special was the best thing I have ever seen, and my wife bought me a PlayStation 4 to celebrate my triumphant return. However, soon my mind began panicking over how scary having brain cancer is. I did not want to die; I wanted to live.

After seeing the difference one historic TV program could make in my life and recovery, it seemed like a no-brainer (no pun intended...okay a little pun) to take the time to “stop and smell the roses.” Because without enjoying life, we are left with stress and an overwhelming fear of the “big C.”

So, I returned to my creative roots and started writing again. I dedicated myself to living a healthier lifestyle, lost 100 pounds, and embraced my inner-geek. I listen to classical music and the teachings of Eckhart Tolle to help me relax. I began to feel comfortable in my own skin and took tremendous comfort in surrounding myself with what I loved.

At the end of each day, I now ask myself, “Did I have fun today?” If not, then having fun becomes my number one priority.

You may have heard the cliché about how it's the simple things that make life worth living. I think in the case of a brain tumor survivor this is especially true. The combination of books, games, friendship, and so on helped me recuperate and keep my engine chugging along when my emotional and psychological tank was near empty. I’ve found—when it comes to being a cancer survivor, it's the little things that make the biggest difference!