When a Physician Becomes a Patient: A Husband Recalls His Wife’s Journey Through Cancer 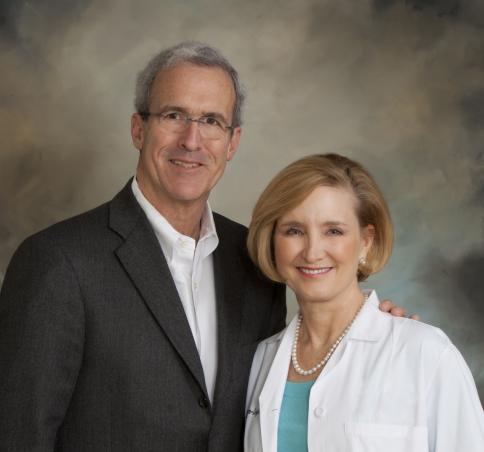 John Leifer is the Chief Executive Officer of The Leifer Group, which is a strategic planning and marketing consulting company for the health care industry. Most recently, he served as a senior vice president at Saint Luke’s Health System in Kansas City, Missouri. He and his wife, Lori Lindstrom Leifer, MD, are the authors of After You Hear It’s Cancer: A Guide to Navigating the Difficult Journey Ahead.

While many people revel in Christmas, my wife loves the sanctity of Easter. So it was no surprise Lori wanted to attend sunrise Easter services on March 31, 2013. The service was jubilant, and we spent the day feeling that all was right with the world.

When I finally crawled into bed around 11:00PM, I began to drift, though I wanted to stay awake until Lori finished her shower. A few minutes later, Lori quietly drew back the covers and slid into bed. I woke long enough to tell her I loved her and give her a short kiss. Then I was out—until her quiet cries summoned me back to consciousness.

There was no response for what felt like an eternity. Then, in an uncharacteristically weak voice, Lori said, “I found something in the shower.”

“What do you mean you found something in the shower?” I said anxiously.

“I found a lump. It is two centimeters. It’s cancer.”

Not only had Lori found a lump in her breast, but also, as an oncologist, she had determined its size and knew that it was malignant. I knew she was a great doctor, but I prayed there was room for error. Many times during our marriage, I had hoped Lori was wrong but never more than at this moment.

My wife, a radiation oncologist, would soon go from being a provider of cancer care to a receiver of it. Lori and I would also gain a new perspective about why the word cancer, rolling slowly and menacingly from our physicians’ mouths, rattles us to the bone. It is a word we hope never to hear—certainly not in the context of our health or the health of a loved one.

Imagine going on a trip without knowing the destination or method of transportation, with no map to guide you and no planned arrival time. Now imagine you are leaving tomorrow, and there is no time to pack.

It is a moment when time stands still, a moment laden with anxiety and uncertainty. A new journey is beginning, and it is one for which we are ill-prepared.

It is little wonder that people with cancer often feel overwhelmed, shut down, and are unable to participate in crucial decisions about their care. Our logical minds stop working just when we need to be thinking with absolute clarity about our next steps.

That’s why Lori and I believe that it is essential to slow down, take one’s foot off the “accelerator,” so as to regain our equilibrium before proceeding with caution. Even as a physician, Lori’s knee-jerk reaction was “get it out of my body.”

Yet, she took the time needed to gain a thorough understanding of her diagnosis and of the proposed treatment options. During that time, Lori’s diagnosis evolved from a having a relatively straight-forward, contained mass treatable by lumpectomy to a far more diffuse tumor requiring more aggressive surgery.

Today, the clouds that enshrouded Easter 2013 have passed. We are now two years out from the end of treatment and hopeful that the cancer has been vanquished from Lori’s body. Cancer reminded us that a defining characteristic of life is its uncertainty. As such, we view each day as a gift—to be fully embraced.

Lori continues to practice radiation oncology but brings a new perspective to her patients, honed through a brief yet arduous journey through cancer. Lori’s goal is to ensure that her patients have as much information as they wish to receive, and can reasonably process, about their disease; all delivered in an objective, but empathic manner. She believes that then, and only then, are they in a position to make truly informed decisions about their care.

Like many patients, Lori was able to see the gift that accompanied her difficult diagnosis. She emerged stronger and with the conviction to make her journey an integral part of her art of healing.