The Strangeness of Being an Exceptional Responder 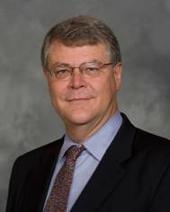 Excerpted from the original post that appeared on ASCO Connection, August 13, 2015. ASCO Connection.org is the professional networking site for the American Society of Clinical Oncology (ASCO) and the companion website for ASCO’s official member magazine, ASCO Connection.

As I mentioned in my last post, The Patient Psychiatrist, I was diagnosed in December 2010 with stage IV adenocarcinoma of the distal stomach, with a metastasis to the peritoneum. The ominously named “SEER Database” (Surveillance, Epidemiology and End Results) suggested that I had a less than 5% chance of surviving for five years.

Fortunately, for me, trastuzumab (Herceptin) had been approved for HER-2 positive stomach cancer just a month before my diagnosis. About 20% of stomach cancers over-express that antigen, about the same percentage as for breast cancers. Trastuzumab was approved because it increased the overall survival time for patients with metastatic disease, but only from an average of 11 months to an average of 13 months. So, over 4.5 years later, with no evidence of disease, I definitely qualify as an exceptional responder.

I absolutely, totally do not want to seem ungrateful; I am absolutely and totally grateful. Still though, my unexpected survival has led to some unexpected issues for me.

The least serious aspect of the most serious issue noted above is that I have been spending way too much money on travel and stuff, trying to get everything on my bucket list done as quickly as possible, planning on my life insurance to take care of my loved ones. (That was an intentionally convoluted sentence to convey my currently convoluted state of mind.) Now I have to go back on a budget. (To reiterate, I am not asking you to feel sorry for me in this regard. I also am not asking you to feel sorry for me because I am back on a diet, since I am back to my pre-surgery weight, plus a little bit.)

The most serious aspect of the most serious problem attributable to my having the good kind of problem is: I have totally run out of “script” for my life.

I stole this concept from Eric Berne, MD, author of Games People Play. His concept was that early in life, each of us consciously or unconsciously, accepts a script for the performance that is our life. My script has been to be productive and high-achieving and to rise to the very pinnacle of my profession. At this point, my career is well past its peak, without having reached the pinnacle. Nobody in my work environment actually cares whether I am productive and high-achieving or not. By still being around, I am sort of creating a problem for my employers in that they need to spend time thinking of something to have me do.

Eventually, I hope that I will come to regard the necessity of rewriting my life script as the good kind of problem, but I am not quite there yet. I am mourning the loss of my old script before I have had the chance to come up with a new one.

My wife, Aingeal, has saved me from the very worst possible consequence of being an exceptional responder. She firmly believed that I would survive, when everybody else, especially me, had tumbled to the conclusion that I was a lost cause. If she had given up on me and started a “preparatory grief reaction,” and withdrawn from me, then I really would not have had a lot to live for.

Because of her, and because I have literally been given a new lease on life, I very much want to “give something back.” Being in the Exceptional Responders Study will be a way to do that. Continuing my crusade to fight Helicobacter pylori (H. pylori) and prevent stomach cancer is another way to give back. Being consistently kind and being less self-absorbed, though, may be the best way. Maybe I can pass on to others the wonder and joy that I now feel about being alive. I wish that I had been able to get in touch with this without getting sick, but better late than never.