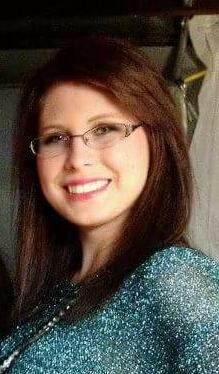 Rachel Rieger is the Community Outreach Manager at LeafFilter North, Inc. She typically writes about home improvement techniques, but also has a deep interest in health and wellness.

I walked in to work on a Monday morning, grumbling about getting up so early and begging for a caffeine boost. Deb looked across her desk and smiled at me.

“Good morning!” she chimed brightly. All I could muster in response was a wave and a weak smile. I plopped down at my desk and got to work.

Later that week, my boss asked me to reach out to my fellow co-workers and see if anyone or their loved ones had personally had breast cancer.

You see, we sponsor an XFINITY NASCAR team, and wanted to honor them by featuring their names on the racecar for the month of October. After reaching out to my colleagues, I found more than names – I found inspiration.

Unbeknownst to me, Deb had faced breast cancer, not once, but twice! After her relentless fight, she set out to raise awareness and founded the Pony Express Tour, composed of survivors who traveled the United States on their motorcycles.

After two tours and raising over a million dollars to support awareness efforts, she decided to, in her own words, “support people and share tears and fears on the quieter side.”

By simply sharing her story with all of us, she became so much more than the co-worker sitting across the office. She became inspiration. Personally, I learned five important life lessons from Deb.

Maybe you’ll learn a little from Deb as well.

I’ll leave you with a quote that now makes me think of Deb: “Be kind, for everyone you meet is fighting a hard battle.”

We’d love to know who has inspired you the most! What have they taught you? Leave a comment below!