Reclaiming Your Sexuality After Cancer Diagnosis: Worth Fighting For 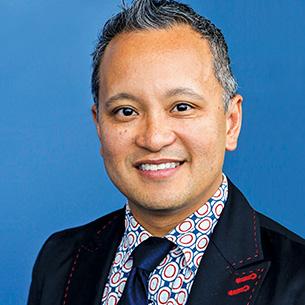 This post was first published on ASCO Connection, May 23, 2016. ASCOConnection.org is the professional networking site for the American Society of Clinical Oncology (ASCO) and the companion website for ASCO’s official member magazine, ASCO Connection.

As an oncologist who also specializes in sexual health, I have realized just how essential it can be. I have seen many grapple with the consequences of cancer and its treatment on their own sexual view of themselves (their sexual self-schema) and how it can impact the relationship between partners. For some, the experience draws them closer; for others, it creates more challenges. I have learned that the latter is especially true for those with metastatic disease.

Such was the case with Joanna* and her husband, Scott*. Joanna was in her 30s when she was diagnosed with breast cancer, and by 41, she had been living with metastatic disease. Before her cancer, the couple had enjoyed what they considered a “normal” sex life: fulfilling and enjoyable, even after so many years together. With her first diagnosis, they had held on to their sex life and navigated intercourse through chemotherapy and endocrine treatment.

But, then the cancer spread, and her health had suffered. In recent months, she was hospitalized 3 times—first for a pulmonary embolus (“It felt like I couldn’t breathe—I thought it was the end,” she told me), then for a severe infection, and more recently because of seizures (due, they would later find, to brain metastases). Each time she made it back home from the hospital, and when she felt well, she was determined to resume some semblance of a normal existence: making dinner (although she hadn’t much of an appetite), reading with her daughter at night, and watching movies with her husband.

“I am so thankful he is here,” she told me. “It’s comforting just holding his hand.” She was looking at Scott, smiling at first, and then she started to cry. “I know you love me,” she said to him, “and I know I should be satisfied with the caresses and kisses, but it’s so different. I feel like you’re not kissing me as your wife, it’s as if you only see me as a patient now. There’s tenderness, but there’s no passion.”

Scott spoke next. “I love my wife with all my heart. She knows how much this is tearing me apart—to see her so sick, to wonder if she might die, and whether this hospitalization will be the one where she doesn’t come back. Even when we think things are stable, there’s another event, another ambulance, another hospitalization. Maybe you don’t sense passion because I’m too busy taking care of you—making sure you aren’t suffering, that we are on top of your meds. I’m sorry, but sex is the last thing on my mind. You are a patient, and I promised to take care of you. Right now, I don’t think about sex. It’s so beside the point.”

I had heard this from others, of cancer’s toll on romance, sensuality, and intercourse. It saddened me that their dynamics had shifted from husband and wife to patient and caregiver. Yet, despite illness, Joanna was a sexual being and wanted to reclaim it. It reminded me of a scene from the movie Fight Club that takes place in a support group. A woman with cancer speaks: She is terminal, not afraid of death. But, as she had bluntly told the group, before she died, she wanted to have intercourse once again.

While Joanna was not imminently dying, she and Scott were living with the uncertainty of metastatic disease, the progression of a cancer that could not be stopped, and they knew their time was precious.

They both wanted so much in common, yet Joanna wanted one thing more. Ultimately, we discussed intimacy, the power of touch, and the importance of communication. I gave them homework, called sensate focusing, to help them reconnect physically. Joanna was appreciative. Scott, while skeptical, agreed to do it.

“All I want is for her to be happy, for whatever time we have left,” he said. “I love you so much.”

“I know,” Joanna said. “Let’s just promise to make the most of my good days, because we both know there will be more bad days coming.”

A few months later I got a letter from Scott telling me that Joanna had died. He was thankful for the visit and glad that she was able to express her wishes. As I read his letter I wondered if I had helped them traverse the landscape of intimacy and sexuality. I will never know what happened, but like for many patients I see in the sexuality clinic, I hope I did, and I hope Joanna attained the satisfaction she yearned for before she died.