CAR T-Cell Immunotherapy: The 2018 Advance of the Year 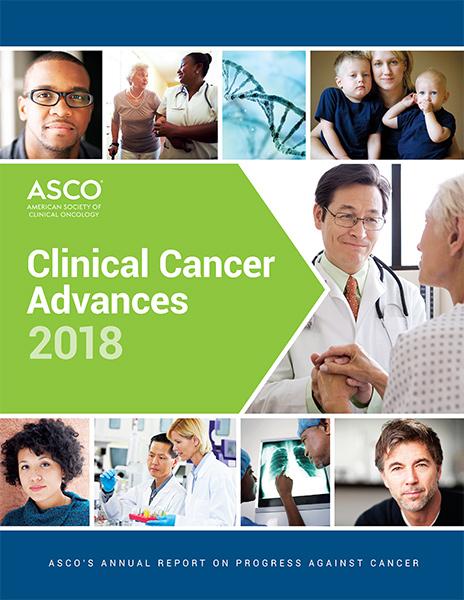 At the start of every year, the American Society of Clinical Oncology (ASCO) releases its Clinical Cancer Advances report. This in-depth report is published in ASCO’s Journal of Clinical Oncology and covers the major advances made in cancer care over the past year, including prevention, treatment, patient care, and a look toward the future. Each year, leaders in the oncology field also select a single area of research that achieved the greatest progress to name the Advance of the Year.

The 2018 Advance of the Year is a new kind of immunotherapy known as chimeric antigen receptor (CAR) T-cell therapy.

What is CAR T-cell therapy?

When the immune system is functioning normally, immune cells move around the body looking for things that don’t belong, like bacteria and viruses. These immune cells search for invaders using “receptors,” which can be thought of as antennae or feelers. When receptors find invaders in the body, special immune cells come in to destroy them. These special cells are called cytotoxic T cells.

Unfortunately, cancer cells are often able to hide from immune cells, which is why the cancer cells can grow out of control. Immunotherapy is a cancer treatment intended to make the body’s immune system able to detect and destroy cancer cells. Immune checkpoint inhibitors have been a successful immunotherapy approach because it pushes the immune system into high gear to fight cancer.

CAR T-cell therapy, however, is different. It is a type of immunotherapy called “adoptive cell immunotherapy.” As ASCO President Bruce E. Johnson, MD, FASCO, describes it, this technique “allows clinicians to genetically reprogram patients’ own immune cells to find and attack cancer cells throughout the body.”

In CAR T-cell therapy, a person’s T cells are removed and taken to a laboratory. The T cells are genetically changed so they will attack cancer cells. These CAR T cells are grown in large numbers and then injected into the patient. One of the remarkable things about this treatment is that it is a “living therapy.” CAR T cells typically have to be injected only once, because they go on to multiply in the body. CAR T cells continue fighting the cancer in the patient’s body, and their effectiveness may even grow over time.

Read a transcript of this video.

What successes have there been with CAR T-cell therapy?

Here are 3 recent examples of the potential that adoptive cell immunotherapy brings to cancer treatment.

Are there risks involved with CAR T-cell therapy?

This new cancer treatment approach is powerful and does come with serious risks that need to be considered before starting therapy. In particular, possible side effects include cytokine release syndrome (CRS) and neurologic problems.

In people with ALL, there were many serious side effects from the CAR T-cell therapy. Nearly half of the patients developed severe CRS. Another 15% of patients had neurologic problems. In most patients, these side effects went away within a few days without long-term consequences, and there were no deaths caused by side effects.

For both non-Hodgkin lymphoma treatments, serious side effects were seen in the study participants. Around 1 in 4 patients taking tisagenlecleucel experienced severe CRS, and around 1 in 10 had neurological problems. Axicabtagene ciloleucel caused severe CRS in around 1 out of every 10 patients, and nearly 3 out of every 10 had neurological problems.

Among the patients treated for multiple myeloma, only 2 patients experienced severe CRS, and none experienced neurologic complications from BCMA CAR T-cell therapy.