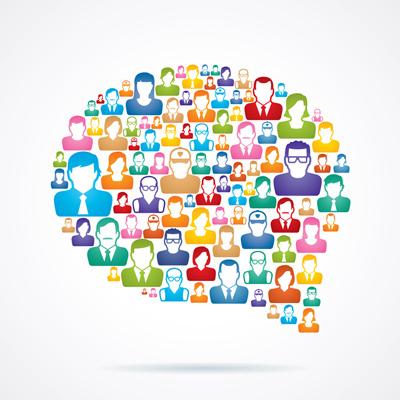 This nationally representative survey was conducted online among 4,887 U.S. adults who were 18 and older. Of the people who responded, 1,001 have or had cancer. Among the key findings of the survey were that many Americans believe cancer can be cured with alternative therapies alone, that medical costs and access to cancer care deeply affect caregivers and rural Americans, and that Americans worry about patients being able to access opioid medications for cancer-related pain.

Standard treatments, like chemotherapy, surgery, radiation therapy, hormone therapy, and immunotherapy, effectively treat cancer. However, nearly 4 of every 10 survey respondents (39%) mistakenly believe that cancer can be cured only using alternative treatments, such as oxygen therapy, following a certain diet, or taking vitamins and minerals, instead of having standard treatment. This is concerning because a recent study showed that people with cancer who used only alternative treatments to treat their cancer were much more likely to die from the cancer than those who received standard treatments.

Over half of the survey respondents (57%) said their top concern about a cancer diagnosis would be the effect on their family finances or how they would pay for treatment. But among family caregivers in the survey, nearly 3 in 4 (74%) say they worry about paying for cancer care. More than 6 in 10 caregivers (61%) have had to change their lives to pay for cancer care, including working extra hours (23%), postponing retirement (14%), getting an additional job (13%), or selling family heirlooms (9%).

“The unfortunate reality is that rural Americans routinely have to travel long distances for cancer care, which can lead to dangerous delays in their diagnosis and treatment,” said Dr. Bertagnolli. “As a result, rural counties have higher death rates from many common cancers than urban areas.”

Americans want people with cancer to have access to opioids

Opioids are a group of medications used to treat pain, including cancer-related pain, but they also carry a risk of addiction and overdose, which can lead to death. The rapidly growing number of people who are dying from opioid addiction and overdose has become a national concern. To curb opioid misuse, there is an ongoing effort to make it harder for people to receive opioids.

However, Americans believe that people with cancer should still have access to opioids to treat their pain. Among survey respondents, 73% say that rules and regulations making it harder to get opioids should not apply to people with cancer. The survey shows that getting opioids may already be difficult for people with cancer. In a small group of people with cancer who had used opioids in the past 12 months (less than 100), 40% reported that they had trouble getting the medications. 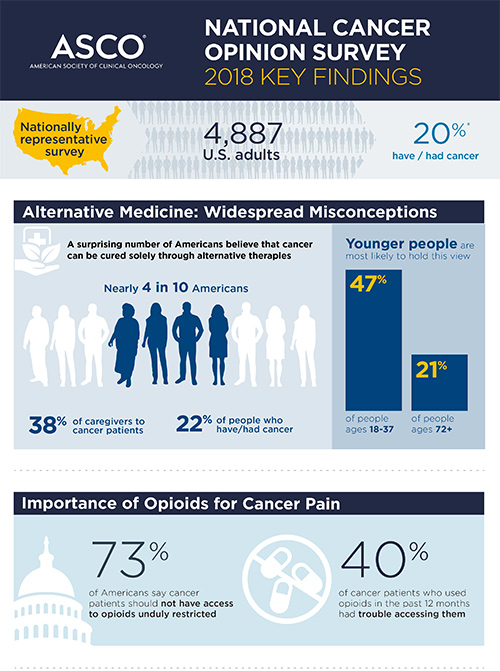