ASCO Annual Meeting 2019: An Early Look at This Year’s Research 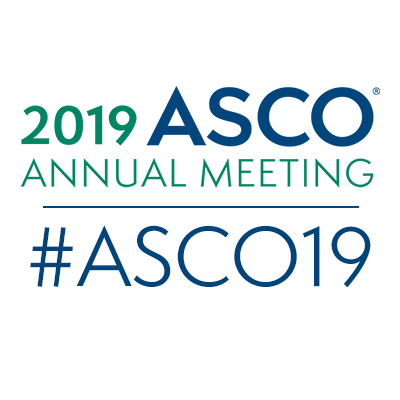 The theme of the 2019 American Society of Clinical Oncology (ASCO) Annual Meeting is Caring for Every Patient, Learning from Every Patient. For the past year, ASCO President Monica M. Bertagnolli, MD, FACS, FASCO, has visited local groups across the United States to learn what patients and doctors truly experience when receiving and providing cancer care. As she writes in this year’s Clinical Cancer Advances report, “Cancer treatment advances are only as good as patients’ ability to access them.” This year’s ASCO Annual Meeting strikes the balance in Dr. Bertagnolli’s theme, bringing late-breaking research news to the public and exploring the ways that access to cancer care can be improved for patients.

More than 32,000 oncology professionals from around the world will attend the ASCO Annual Meeting in Chicago, presenting and discussing the latest research in cancer treatment and patient care. Although research will continue to be released during the meeting from May 31 to June 4, some research studies were released today:

Nearly 20 years of data from the Women’s Health Initiative (WHI) show that women who follow a balanced diet that is low in fat and includes daily servings of fruits, vegetables, and grains had a 21% lower risk of dying from breast cancer than women who followed their regular diets. This large, randomized, controlled clinical trial included nearly 49,000 postmenopausal women, aged 50 to 79 years old, with no history of breast cancer.

The WHI began in 1993. It is a series of randomized, controlled clinical trials that looks for ways to improve women’s health in the United States, including preventing heart disease, breast and colorectal cancers, and bone fractures due to osteoporosis. The studies in the WHI continue today.

This specific analysis comes from a dietary modification clinical trial that was part of the WHI. From 1993 to 1998, researchers randomly assigned women to 2 groups, the first that did not change their regular diet, in which 32% of the calories came from fat, or a second group that was asked to follow a low-fat diet, in which 20% of the calories came from fat. The low-fat diet also required at least 1 serving of vegetables, fruits, and grains per day. Women who were assigned to the low-fat diet stayed with it for about 8.5 years. The researchers continued to track participants’ health, including whether they were diagnosed with breast cancer and any causes of deaths in both groups.

Most of the women assigned to the low-fat diet group were able to reduce their fat intake to 25% of calories or lower, but most did not reach the 20% goal, and did increase the amount of fruits, vegetables, and grains that they ate. So far, the researchers have followed the study participants for a median of nearly 20 years. The median is the midpoint, meaning that half of the women were followed for less than 20 years and the other half were followed for more than 20 years. From 1993 to 2013, 3,374 new cases of breast cancer were diagnosed.

What does this mean? For postmenopausal women, choosing a low-fat diet that includes fruits, vegetables, and grains can lower the risk of dying from breast cancer.

“Ours is the first randomized, controlled trial to prove that a healthy diet can reduce the risk of death from breast cancer. The balanced diet we designed is one of moderation, and after nearly 20 years of follow-up, the health benefits are still accruing.”

A phase III randomized clinical trial of 514 older people with advanced esophageal cancer found that regardless of age, level of frailty, or the ability to perform basic activities of daily living, those given oxaliplatin (Eloxatin) and capecitabine (Xeloda) chemotherapy to keep their disease stable benefited as much from lower levels of the medicines as from higher levels and they had fewer side effects. This study was conducted in the United Kingdom.

It is estimated that more than 17,000 adults in the United States will be diagnosed with esophageal cancer this year. It is more common in men and older people and is the sixth most common cause of cancer deaths worldwide.

Treatment for advanced esophageal cancer is often a chemotherapy combination that includes epirubicin (Ellence), oxaliplatin, and capecitabine. This is a palliative treatment intended to relieve symptoms and side effects, not to cure the disease. However, the serious side effects of this 3-drug combination are too severe for many people. The goal of this study was to find the best dose of capecitabine and oxaliplatin to control the cancer, reduce side effects, and improve quality of life. To do this, the researchers used an assessment tool called Overall Treatment Utility, or OTU. OTU includes several factors—treatment effectiveness, treatment-related side effects, patient quality of life, and value to the patient—to combine clinical goals with patient-reported outcomes into one measurement.

Between 2014 and 2017, 514 people were randomly assigned to 3 dosage levels: A, B, and C. Level A was the largest dosage. Level B was 80% of the Level A dosage. Level C was 60% of the Level A dosage. The study participants’ ages ranged from 51 years old to 96 years old, and they were located across 61 treatment facilities in the United Kingdom. People with kidney problems received 75% of their recommended dose. After 9 weeks, the researchers assessed the OTU for each patient.

What does this mean? In the past, older people with esophageal cancer were not given any chemotherapy if they were considered too frail due to the serious side effects. Offering different levels of dosages allows patients to receive some treatment to improve their quality of life without causing more side effects.

“Previous trials of palliative chemotherapy for gastric and esophageal cancer have not included frail or older patients, therefore the benefit of chemotherapy in these groups was unknown. We hope our finding helps patients make a more informed choice between low-dose chemotherapy and no chemotherapy at all, with the knowledge that low-dose chemotherapy can prove beneficial and still allow them to maintain some quality of life while slowing the progression of the disease.”

Genetic alterations are more common in childhood cancers than predicted

In 2017, the U.S. National Cancer Institute (NCI) launched the Children’s Oncology Group Pediatric Molecular Analysis for Therapy Choice (NCI-COG Pediatric MATCH) clinical trial. At that time, it was estimated that about 10% of the children, teens, and young adults in the study would have a tumor with a gene alteration, or mutation, that could be treated with 1 of the 10 targeted therapies in the study. An analysis of the data collected from this study so far have shown that this rate is much higher. Researchers have found that 24% of the participants have a tumor mutation that was able to be matched with a study drug.

There are few targeted therapies used to treat childhood cancers. The Pediatric MATCH clinical trial is looking for gene mutations regardless of the type of cancer or where in the body the cancer is located, an approach called a “basket trial.” Then, study participants are matched to available treatments that target the specific mutation, and the researchers track how well the study treatments work (learn more about targeted therapies). At the end of 2018, there were 422 participants enrolled in the Pediatric MATCH clinical trial, with ages ranging from 1 to 21 years, with nearly 100 from Children’s Oncology Group sites across the United States. Tumor samples were taken from 390 study participants and tested for genetic changes. The test looks for any of 160 genetic changes that could be treated by any of the 10 targeted therapies used in the study.

Of the 390 tumor samples submitted for testing, genetic changes that could be targeted were found in 112 (29%). Of those, 95 participants (24%) were eligible to receive 1 of the study treatments. At the end of 2018, 39 children (10%) were enrolled to receive treatment, and more participants are eligible to receive treatment at a later date. The most common mutations in this study that could be targeted with medicines included these genes: RAS, BRAF, SMARCB1, and NF1.

Mutations that could be targeted were found in 40% of participants with brain tumors and in more than 25% of participants with other types of cancers. There was no statistical difference between the rate of tumor mutations in children under 12 years of age compared with older children, teens, and young adults. The researchers suggest that this means children of any age may benefit from a targeted treatment, if their cancer has a mutation that can be targeted.

The study participants who had their tumor samples tested will also be screened to see if their tumor was hereditary. This means that the cancer risk is passed from generation to generation in a family. This information could help doctors inform family members about their risk and whether genetic testing or genetic counseling should be considered.

What does this mean? The results of this clinical trial suggest that targeted therapies might be able to play a bigger role than previously thought in the treatment of childhood cancers.

“Our study shows that we could successfully create a nationwide molecular screening trial for children, adolescents, and young adults with cancers that have been resistant to treatment. One of our key goals has been to expand access to targeted therapies for pediatric cancer patients across the country, and these early results suggest that goal is within reach.”

An early-phase clinical trial found that a new targeted therapy, entrectinib, was effective at treating central nervous system (CNS) tumors and recurrent solid tumors that had fusions in the NTRK1/2/3, ROS1, or ALK genes in younger patients. Entrectinib is different from other medications in this class because it can target multiple mutations. The 29 participants in this study ranged in age from around 5 months to 20 years old. The median age of study participants was 7 years old. They had either a CNS tumor, neuroblastoma, or other solid tumor. Of these, 12 were found to have tumor gene fusions or mutations in the NTRK1/2/3, ROS1, or ALK genes. Most participants with a CNS tumor had already had surgery to remove the tumor, followed by radiation therapy to destroy any remaining cancer cells.

The researchers defined how well the targeted treatment worked using these 4 terms:

The median time it took for the cancer to respond to the treatment was 57 days. There were no responses seen in participants who did not have any of the fusions or mutations targeted by entrectinib.

The recommended dose of entrectinib was 550 milligrams (mg) per meter of body area squared (m2) once daily. Side effects included fatigue, possible kidney problems, and changes in the sense of taste. Higher doses caused pulmonary edema resulting from fluid in the lungs in 1 participant. Weight gain was also a side effect. These side effects led the researchers to lower the dose to 400 mg/m2.

What does this mean? This is an early study, but the effectiveness of this targeted therapy in treating childhood tumors with specific genetic mutations is very promising.

“Our results show that children with life-threatening cancers can benefit greatly even after other conventional therapies have not worked—we’ve seen some rapid and durable responses, which is very gratifying. These early findings suggest that this therapy holds great promise for those whose tumors have these specific gene fusions.”

What does this mean? Most people with SMM eventually develop multiple myeloma. Treatment with lenalidomide offers an opportunity to lower this risk in many people. However, the side effects of this treatment are serious and cause many people to stop taking it.

“We typically see 2 types of patients—those who are anxious and want to do something to prevent cancer from developing and those who are more cautious and are willing to watch and wait. It’s gratifying to know that especially for the first group of patients there may now be a viable treatment option.”