Is Vaping Safe? 1 in 5 Young Americans Think So. 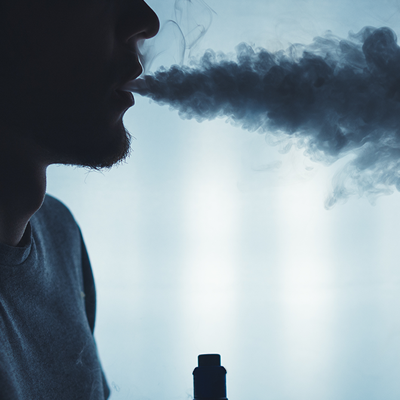 An early release from the American Society of Clinical Oncology’s (ASCO’s) 2019 National Cancer Opinion Survey has revealed that about 1 in 5 young adults in the United States uses e-cigarettes daily or recreationally.

Further analysis of the nationwide survey found that nearly 1 in 4 young adults views them as harmless and not addictive. Emerging news has underscored the dangers of using e-cigarettes, commonly called vaping, as has the report of rising rates of e-cigarette use among young adults from the U.S. Centers for Disease Control and Prevention’s National Youth Tobacco Survey. In December 2018, the U.S. Surgeon General declared e-cigarette use among youth an epidemic. Efforts are moving forward to ban the sales of flavored e-cigarettes at the state level and nationwide.

Despite this, some young adults remain unconvinced that vaping is harmful and that they should quit. Among Generation Z (ages 18 to 22) and Millennials (ages 23 to 38), the survey found:

Further findings from the National Cancer Opinion Survey include:

“There is no doubt that quitting smoking is one of the best things you can do for your health. If you are trying to quit, we recommend talking to your doctor about methods that are proven to work,” said ASCO Chief Medical Officer Richard L. Schilsky, MD, FACP, FSCT, FASCO. “No e-cigarette products are currently approved by the U.S. Food and Drug Administration as cessation aids, and more research to understand these products, the substances in them, and the acute and long-term effects of their use is urgently needed.”

The National Cancer Opinion Survey was established in 2017 by ASCO, in collaboration with The Harris Poll, to track the U.S. public’s views on cancer research and care. The poll, supported by the Mission Endowment of Conquer Cancer, the ASCO Foundation, is designed to be conducted every year to measure shifts in the public’s perceptions of a range of cancer-related issues over time. This survey was conducted online in the United States between July 9 and August 10, 2019. It included 4,001 U.S. adults who were 18 and older. Of the people who responded, 195 have or had cancer.