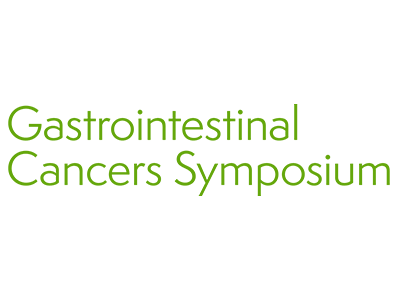 The 2020 Gastrointestinal Cancers Symposium will bring together thousands of oncology professionals from around the world to discuss new research in the care and treatment of gastrointestinal (GI) cancers, including cancers of the esophagus, stomach, pancreas, colon, bowel, liver, rectum, and anus. This year’s meeting will be held January 23 to 25 in San Francisco, California. This year’s theme is “Accelerating Personalized Care.”

You can learn more about research from this symposium by following the #GI20 hashtag on Twitter.

Below are summaries of 4 studies that will be presented at the symposium:

Recent research has explored whether people with certain social disadvantages, such as race/ethnicity, age, gender, socioeconomic status, and sexual orientation, receive different quality of cancer care. This is called a health care disparity. In this study, researchers wanted to find out whether where young adults with colorectal cancer lived affected their chance of recovery.

In recent years, the number of adults age 40 and younger who are diagnosed with colorectal cancer has been increasing. The researchers in this study analyzed data from the National Cancer Database of 26,768 young adults diagnosed with colorectal cancer between 2004 and 2016. The data included nearly equal numbers of men (51.6%) and women (48.4%). Most were white (78.7%), 14.6% were black, and 6.6% were other races.

The researchers also grouped the patients based on the income level and rate of education in the place they lived. About 1 in 3 patients (32%) lived in places with high income (median income of $68,000 or more). Nearly 1 in 5 (18.4%) lived in areas with low income (median income of $38,000 or less). In terms of education, around 1 in 4 patients (23%) lived in an area with the highest high school graduation rates (93% or more of students graduate high school). Another 1 in 5 patients (20%) lived in areas with the lowest high school graduation rates (79% or less of students graduate high school). Among the patients in the data set, 32% lived in metropolitan areas and 18.4% lived in urban areas.

What does this mean? Young adults who live in areas with lower median income and lower rates of education are more likely to die from colorectal cancer.

Those who live in urban areas have an even higher risk of dying. This study suggests that these are areas where better access to cancer care is needed. Evidence from studies like this continue to show that inequality has real effects on the lives of people with cancer.

“Disparities do not necessarily translate to racial or ethnic differences; many other types of disparity exist among our patients that affect the availability of and access to cancer care and likely will influence patient outcomes. Although awareness of health care disparities has increased, considerable knowledge gaps still exist, particularly among young adults with cancer. Therefore more effort to increase awareness regarding health care disparities is warranted to provide access and remove barriers to care so that we can eliminate disparities and achieve health equity.”

In this study, the participants were all diagnosed with unresectable HCC, which is when the cancer is at a stage when surgery cannot completely remove the tumor. None of the participants had previously received systemic treatment for HCC. One group of patients received a combination of 2 medications: atezolizumab (Tecentriq) and bevacizumab (Avastin). Atezolizumab is a type of immunotherapy that blocks a protein called PD-L1 on the surface of tumor cells, allowing the immune system to recognize and destroy those cells. Bevacizumab is a targeted therapy that blocks the growth of blood vessels to the tumor to limit its growth. The other group of patients received treatment with sorafenib (Nexavar), a targeted therapy that has been used for this disease for more than a decade.

Patients received their assigned treatment until it was no longer effective or caused too many side effects. Using questionnaires, the study participants regularly answered questions during and after treatment about their quality of life and their level of physical functioning.

Researchers compared their answers to the same questions over time. When there was a drop of 10 points from the patients’ original answers, that was considered a significant reduction in quality of life and functioning, called “time to deterioration.” In key quality of life measures, patients in the combination therapy group reported a median of 11.2 months until this time period was reached, compared with 3.6 months reported in the group given the standard therapy. The median is the midpoint. Declines in physical functioning were also delayed with the combination treatment, with a median delay of 13.1 months, compared to 4.9 months for the standard therapy group. While this new report focuses on the study’s patient-reported quality of life findings, it was announced previously that the study’s overall response rate was 27% with atezolizumab plus bevacizumab and 12% for sorafenib.

What does this mean? By studying feedback from patients in active treatment, researchers found that the atezolizumab and bevacizumab combination delayed declines in patients’ quality of life and functioning by more than 7 months compared to sorafenib

“Because it reflects both the effects of disease and the side effects of treatment, sustained or improved quality of life is particularly important for patients. Patients with liver cancer are typically more fragile and frail than others. Toxicity of the treatments can be much more serious for these patients, and their quality of life can decline quite quickly.”

The BRAF V600E mutation occurs in about 10% of people with colorectal cancer. The current standard of care for metastatic colorectal cancer with a BRAF V600E mutation includes 2 possible regimens. The first regimen is a chemotherapy called irinotecan (Camptosar) combined with an epidermal growth factor receptor (EGFR) inhibitor called cetuximab (Erbitux) that slows down cell growth. The second regimen is a combination of chemotherapy drugs called FOLFIRI combined with cetuximab.

What does this mean? Compared with the current standard of care for metastatic colorectal cancer with a BRAF V600E mutation, the 2-drug and 3-drug combinations helped patients live longer and have a better quality of life.

“The findings highlight that with these novel targeted therapy regimens, not only was disease controlled longer, but patient-reported quality of life was maintained longer.”

It is often challenging to detect GI cancers in their early stages because the organs those cancers affect are deep inside the body. Some GI cancers, like stomach cancer and colorectal cancer, do have screening tests, but they can be invasive. For cancers like gallbladder, bile duct, and pancreatic cancer, no screening tests are available. Since cancers that are found in their early stages are often easier to treat and patient outcomes are better, researchers are studying new ways to detect GI cancers.

The researchers in this study wanted to see how a noninvasive blood test and machine learning could be used together to diagnose GI cancers. More than 300 participants were studied, including patients with GI cancers across all stages and people who did not have cancer. The people without cancer were the control group to measure the effectiveness of the new test. Each participant’s blood sample was analyzed for cell-free DNA. Cell-free DNA is made up of DNA fragments from sources throughout the body, including tumor cells. This cell-free DNA was then put through methylation analysis.

All DNA goes through a process called methylation. In the DNA of tumors, the pattern of methylation looks different because of changes to the healthy cells. This pattern acts as a signature that can indicate the presence of cancer and where the cancer is located. By combining this analysis with machine learning, the researchers were able to identify the presence of cancer with a sensitivity of 82% in the training set and 81% in the validation set, with a specificity of more than 99%. Sensitivity indicates the percentage of people known to have cancer who were correctly identified by the test as having cancer. Errors in sensitivity result in missed diagnoses (false negatives), which is when someone has cancer but it is not found by the test. Specificity indicates the percentage of people who did not have cancer who were correctly identified by the test as not having cancer. Errors in specificity result in false positives, which is when someone is told they have cancer and undergo further tests and possibly treatment but they do not have cancer.

The blood test technology was also able to identify where the tumor was located with a sensitivity of 91% in the training set and 89% in the validation set.

What does this mean? Machine learning combined with a blood test was able to successfully identify the presence of GI cancer and indicate the cancer’s location in the majority of patients. This technology needs more testing in larger groups of people, but this study shows that in the future, a simple blood draw might be all that is needed to diagnose cancer.

“The potential of this test is to diagnose cancer earlier, when it’s more treatable. The ability to do that across cancer types could be quite valuable. Many of the cancer types that this test detects don’t currently have screening tests that allow earlier cancer detection before the cancers cause symptoms.”

To read the individual study abstracts and the disclosure information of authors, visit ASCO’s website about the 2020 Gastrointestinal Cancers Symposium. In order from the top, the abstract numbers are #13, # 476, #8, and #283.