Cancer in My Community: How Spain Is Caring for an Increasing Number of People With Cancer 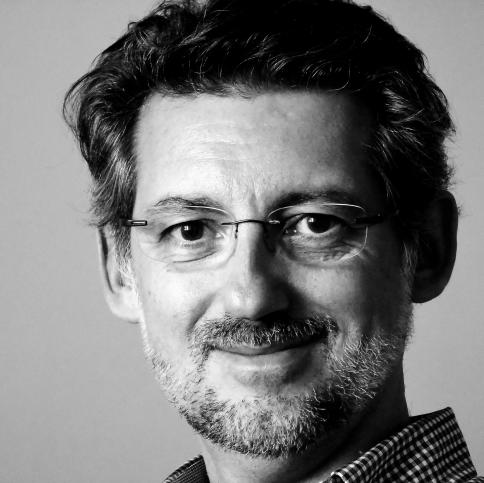 Cancer in My Community is a Cancer.Net Blog series that shows the global impact of cancer and how people work to care for people with cancer in their region. Dr. Ricardo Cubedo is a medical oncologist at MD Anderson Cancer Center Madrid in Madrid, Spain, where he heads the Sarcoma and Genetic Counseling units. Before joining MD Anderson, he was a medical oncologist at Puerta de Hierro University Hospital in Madrid for 25 years. You can follow him on Twitter.

I wanted to become a doctor for as long as I can remember, probably due to my childhood experience with my mother, who had a chronic, severe illness. Witnessing the work and attitude of so many doctors, I soon learned how I wanted to treat patients and, more importantly, how I did not.

At medical school, I had early hands-on experience with many subspecialties. But the day I set foot in an oncology department, I never looked back. This field of medicine is so diverse and fast-changing. There are so many human, personal, professional, and scientific needs to meet all at the same time. It’s challenging, which is why I prefer it.

Cancer is the second most common cause of death in Spain, just after cardiovascular disease. However, everything points toward cancer taking the leading role shortly. According to the Spanish Society of Medical Oncology, over 270,000 Spaniards are expected to get a cancer diagnosis in 2019, which is a whopping 12% increase compared to 2015 data. Causes of the increase are not clear, but little or no physical activity, obesity, and air pollution are suspected to play a major role.

This rise of cancer is particularly concerning among Spanish women, who are increasingly being diagnosed with lung cancer. There is little doubt that this is largely due to smoking, a habit that started to spread among women in Spain 20 years ago. Sadly, smoking is quite common in Spain. Approximately 1 out of every 4 Spaniards smokes cigarettes on a daily basis, and another quarter of the Spanish population are former smokers. Most new smokers are under the age of 25, and one-third of students under the age of 18 admit to smoking at least occasionally. No wonder lung cancer is so common in Spain.

But there is reason for optimism if you take into account the survival rates of Spaniards diagnosed with cancer. Deaths from the disease have shown a solid year-by-year decrease since 1995. This is probably due to an increase in early diagnosis as well as better treatments. Breast cancer and colon cancer screening programs are fairly well implemented, with prostate cancer screening lagging a little behind. In addition, new cancer drugs are being approved by the European Medicines Agency (EMA). In Spain, all EMA-approved cancer drug costs are reimbursed by the Spanish National Health System (SNS), although some local restrictions have been a matter of concern in recent times.

“Universal,” “equal,” and “free of charge” are the basic principles of the SNS. Most cancer care is provided in big university hospitals owned and funded by the central government. Some hospitals are run by private companies on a for-profit basis under government control and supervision. Anyone living in Spain has full access to any treatment that their medical condition demands. That includes complex surgeries and expensive cancer treatment medications. This policy does put a stress on the national budget and gives rise to unwanted side effects, including “health tourism.” But, as a Spaniard, I’m proud of the generosity of my country. As a doctor, I’m glad that anyone can receive the treatment they need.

However, more and more people in Spain are signing up for private health insurance. Mostly, they use it to speed care up or obtain more personalized care. Many Spaniards still choose public hospitals when the disease is a serious one, like cancer. Still, the growing complexity of cancer care and the need for multidisciplinary teams has led to private cancer centers, like the Madrid branch of MD Anderson Cancer Center where I work.

According to the 2018 Bloomberg Health Annual Report, Spain has the third most efficient health care in the world, following Hong Kong and Singapore. The 2018 Wellcome Global Monitor, which is the world’s largest survey into how people think and feel about health issues, found that 97% of Spanish people have confidence in their doctors and nurses.

The role of Spanish families in cancer care

As with so many other issues in Spain and other countries of Mediterranean culture, cancer is a family affair. Patients nearly always show up at my office escorted by a small and caring army of spouses, daughters and sons, brothers and sisters, and parents. Cousins, in-laws, and friends are also happily welcomed. Everyone contributes remarks, questions, and suggestions. Although it can get a little bit overwhelming sometimes, cancer is the common enemy to beat and everyone is there in the best interest of the patient.

For general cancer information for patients and their families, visit the Spanish Group of Patients With Cancer website. There you can find links to several patient advocacy groups for different kinds of cancer. Cris Cancer is also an excellent association for Spanish people with cancer, and Fundación Eco proves another great resource.

The Spanish Federation of Rare Diseases provides support for rare tumors. For information on ongoing clinical trials in Spain, contact the Spanish Society of Medical Oncology.