Improvements in Surgery for Cancer: The 2020 Advance of the Year 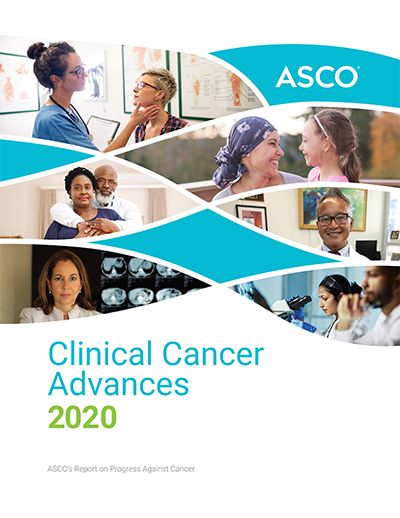 Each year, the American Society of Clinical Oncology (ASCO) releases its Clinical Cancer Advances report. This report, which is published in ASCO’s Journal of Clinical Oncology, covers the major advances made in cancer care over the past year, including in the areas of prevention, treatment, and patient care. In each report, leaders in the oncology field also select an Advance of the Year, which is an area of research that has achieved the greatest progress over the course of the past year.

The 2020 Advance of the Year is the refinement of surgical treatment of cancer.

Refining surgery—and even aiming to avoid it altogether in treating cancer—is particularly important because of the risks associated with having an operation. With the emergence of new systemic treatments have come big changes in the ways surgery is used to treat different types of cancer. Systemic treatments are medications that travel through the body to treat the cancer cells where they are. This type of treatment includes chemotherapy, targeted therapy, and immunotherapy. Advances in these new systemic treatments have allowed many people with cancer to have more limited surgical procedures or to even avoid surgery entirely. Sometimes, tumors cannot be treated with surgery (this is sometimes called an “unresectable" tumor) because the tumor has grown too big and has invaded deeper tissues. In the past, further treatment options were much more limited. Now, a tumor may be treated first with a systemic therapy to shrink it, and then it might be removed with surgery. Tailoring patients’ treatment plans to use new systemic therapy has led to more people with cancer who can be effectively treated with surgery.

“Surgery has played a fundamental role in cancer treatment,” said ASCO President Howard A. “Skip” Burris III, MD, FACP, FASCO. “It was the only treatment available for many cancers until the advent of radiation and chemotherapy. The explosion in systemic therapies since then has resulted in significant changes to when and how surgery is performed to treat cancer.”

The 2020 Clinical Cancer Advances report uses 3 examples – melanoma, kidney cancer, and pancreatic cancer – to illustrate the way these refinements in cancer treatment through cancer research have made a difference.

The first study, called NeoCombi, examined the effects of the combination of 2 targeted therapy drugs called dabrafenib (Tafinlar) and trametinib (Mekinist) given before surgery to 35 people with stage IIIC melanoma with a BRAF V600 mutation. Targeted therapy blocks the growth or spread of cancer cells by only targeting the genes, proteins, or tissues that have cancer, which limits the damage to healthy cells. Dabrafenib is a BRAF inhibitor, which means it targets the BRAF protein. Trametinib is a MEK inhibitor, which means it targets the MEK protein involved in cancer growth.

The results of that study showed that by the time of surgery, 86% of the patients had tumors that had shrunk and 46% of patients had no signs of cancer at all, thus illustrating the effectiveness of this combined medical approach.

The combination treatment also made it easier to surgically remove the tumor in nearly half of patients. Because of these study results, the U.S. Food and Drug Administration (FDA) approved a combination of dabrafenib and trametinib for the treatment of advanced melanoma with a BRAF V600 mutation.

Surgery to remove the cancerous kidney is often the main treatment for renal cell carcinoma, the most common type of kidney cancer in adults. However, results from 2 clinical trials published in 2019 showed that using certain targeted therapy drugs could eliminate the need for surgery and change the way we think about treating metastatic kidney cancer.

Another study, called SURTIME, examined whether treating primary clear cell metastatic renal cell carcinoma with sunitinib before surgery had an effect on the progression-free survival rate, which is when a patient still has the disease but it does not get worse.

The study included 99 patients and showed no difference in progression-free survival between surgery right away and delaying surgery until after treatment with sunitinib. The treatments had similar progression-free survival for the first 28 weeks, but the people who were treated with sunitinib first lived longer, with a median of 32.4 months, compared with 15 months for those who had surgery right away. With the advent of targeted therapies for metastatic kidney cancer, these new approaches may limit the need for surgery for some patients.

Surgery is often the best treatment option for people with pancreatic cancer. But sometimes, tumors cannot be removed entirely (this is called borderline resectable) or at all (this is called locally advanced). However, 2 studies from 2019 showed that more patients may now be able to have surgery if they are treated first with systemic therapies.

The first study was a phase II clinical trial that included 48 people with borderline resectable pancreatic ductal carcinoma. The study participants were first given FOLFIRINOX and then the cancer was staged again. If the cancer no longer affected the blood vessels, patients were given a short course of proton-beam radiation therapy combined with capecitabine (Xeloda), which is an oral chemotherapy drug. Proton-beam radiation therapy uses protons instead of x-rays to treat cancer. Those with cancer that still involved blood vessels after FOLFIRINOX were given a longer course of external-beam radiation therapy combined with capecitabine or fluorouracil.

For those who received the short course of proton-beam radiation therapy, surgery was done 1 to 3 weeks later. Those who were given the external-beam radiation therapy had surgery 4 to 8 weeks later. Of the 48 participants in this study, 31 were able to have surgery, and 2 out of every 3 patients (67%) had no signs of cancer cells where the tumor was removed. The median progression-free survival for all study participants was about 15 months, and the overall survival was about 38 months. Among those who were able to have surgery, progression-free survival was nearly 49 months, almost a year longer. After 2 years, 72% of those who had surgery were still alive, compared with 56% for all patients in the study.

In the second study, losartan was added to FOLFIRINOX and radiation therapy. Losartan works by regulating the renin–angiotensin-aldosterone (RAA) system, which impacts both blood pressure and cell growth. Researchers aimed to see whether adding losartan could help reduce the size of pancreatic tumors. The clinical trial included 49 people with locally advanced pancreatic cancer. All study participants received FOLFIRINOX and losartan. Those with tumors that could be surgically removed also received a short course of proton-beam radiation therapy and capecitabine. If the cancer involved the blood vessels, patients received a long course of external-beam radiation therapy combined with fluorouracil or capecitabine.