Cancer in My Community: The Barriers to Cancer Care in Tanzania 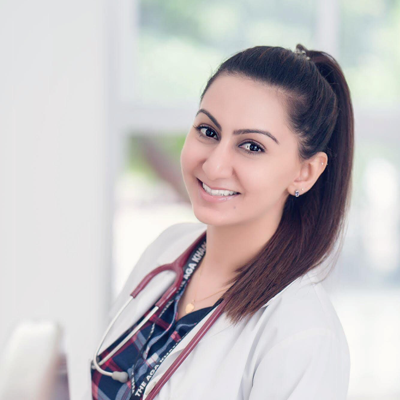 Cancer in My Community is a Cancer.Net Blog series that shows the global impact of cancer and how people work to care for people with cancer in their region. Dr. Aleesha Adatia trained at the Ocean Road Cancer Institute for her residency program and is now a practicing oncologist at the Aga Khan Hospital in Dar-es-salaam. She graduated from Muhimbili University of Health and Allied Sciences with a Master’s of Medicine in Clinical Oncology in Dar-es-salaam, Tanzania. Dr. Adatia is 1 of the first 2 Tanzanians to receive an International Development and Education Award (IDEA) from Conquer Cancer, the ASCO Foundation, in May 2019.

My journey toward cancer care started in 2012 when my mother almost got diagnosed with cancer. As an intern doctor fresh out of medical school, I had the opportunity to sit right outside the operating room while my mum underwent surgery. Right after the operation, I heard the surgeon say, “Take this sample to the lab and query malignancy.”

You know that feeling you get when you feel dizzy yet paralyzed—something like sleep paralysis, but during the day? I felt worse than that. But I kept my reaction a secret. I didn’t share it with my family. Despite being a doctor, I couldn’t even search Google and read about cervical cancer. My life froze. I felt numb yet moody. My mum has been my life.

After 10 days of waiting, the histopathology report revealed negative for malignancy, which means negative for cancer. I was happy, but I still felt my heart drowning. Why didn’t I feel completely relieved? I realized it was because I couldn’t stop imagining what the patients who had been diagnosed with cancer and their families must have felt. I was scared for them.

Even as a medical doctor, I was surprised by how little I knew about cancer. During the 5 years I spent in medical school, I remembered neoplasia as a topic in pathology, but that was it. Neoplasia is the growth of abnormal tissue. There were no rotations at cancer centers and people diagnosed with cancer were treated elsewhere. I knew I had to know more, and I felt like oncology was a calling for me.

From that moment on, I started focusing on screening and community awareness. I thought to myself, “If I can catch the disease at an earlier stage, patients and their families may not have to go through such an emotionally devastating diagnosis.” In 2017, I graduated with a Master’s in Clinical Oncology, and I have worked to make sure no one feels the same way I felt in 2012.

Tanzania is known for majestic Mount Kilimanjaro and lush Serengeti plains, the stage upon which the second largest terrestrial mammal migration in the world plays out each year. Tanzania has a population of approximately 54 million residents, including 120 ethnic groups and over 100 spoken languages. In Tanzania, we greet our elders in our national language Kiswahili “shikamoo,” which literally means “I hold your feet.” This is traditionally followed by questions about your family’s well-being.

The country has the largest population in East Africa, with over one-third of its residents living in the urban areas of Dar-es-salaam, Mwanza, and Dodoma. Over 60% of the population is younger than 25, reflecting Tanzania's high birth rate (35.3 births per 1,000 people), high fertility rate (4.71 children per woman), and relatively low life expectancy (61.6 years for men and 64.6 years for women).

Cancer is the leading non-communicable disease in Tanzania, with diabetes a distant second and cardiovascular disease third. A cancer diagnosis is devastating wherever in the world it is delivered, but in Tanzania, it is often a death sentence. That’s because 80% of cases are diagnosed at advanced stages and often supportive care and symptom management are all that can be offered.

There has been a consistent and a significant rise in cancer in Tanzania. The International Agency for Research on Cancer (IARC) estimates that there are 42,060 new cases of cancer per year in Tanzania, with a high mortality rate of 28,610 deaths per year, showing that many patients are diagnosed at advanced stages. The most common cancers in Tanzania include cervical cancer, prostate cancer, and breast cancer.

Because the number of new cancer cases is increasing and Tanzanian hospitals are overcrowded, I often refer to Tanzania as facing a “cancer tsunami.”

Barriers to cancer care in Tanzania

There are very few cancer centers in Tanzania. Plus, not all patients can travel long distances to receive treatment. In fact, many prefer no treatment at all. There are several factors that contribute to patients not seeking medical attention, including the journey to get treatment, the financial burden, the availability of cancer centers, the availability of chemotherapy and radiation therapy, the lack of awareness, and the stigma around cancer in Tanzania.

Despite its population of 54 million people, there are less than 5 machines for radiation therapy in all of Tanzania in private and public institutions combined. There are also approximately only 20 oncologists practicing in Tanzania.

Most people in Tanzania don’t have insurance and aren’t well off. While cancer treatment is not free at all cancer centers, there is still a huge waiting list for cancer treatment, especially given the lack of facilities with the proper diagnostic and therapeutic equipment. After a cancer diagnosis, a person with cancer might wait for months on average to start treatment at a public institution.

For patients who can afford to see a doctor at a private institution, it can take less than 10 working days for them to start treatment.

However, patients in Tanzania now have access to the 4 pillars of cancer care: prevention and education; early detection and diagnosis; treatment; and palliative care. Major cancer centers include Aga Khan Hospital Dar-es-salaam, Bugando Medical Centre, Kilimanjaro Christian Medical Centre, and the Ocean Road Cancer Institute. Still, there is a lot of work to be done by everyone. As I often say, “Cancer is a disease of the whole family,” and each one of us— whether a health care provider or not—is equally responsible to care for people with cancer and their families.

Resources for people with cancer in Tanzania

The government is working hard to address the growing cancer burden in Tanzania. Tanzania will soon have its first PET scan machine this year and a newer intensity-modulated radiation therapy (IMRT) machine. Plus, a lot of focus has been placed on providing free cancer screenings. For more information, people with cancer in Tanzania can read about the country’s strides toward cancer care through the Ministry of Health website.