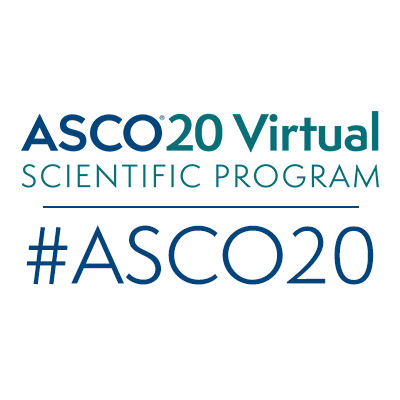 The ASCO20 Virtual Scientific Program will highlight promising research that may make a difference in patients’ care. Learn more about some of the research released today:

A randomized phase III clinical trial, called KEYNOTE-177, showed that using a type of immunotherapy called pembrolizumab (Keytruda) doubled the amount of time that metastatic colorectal cancer was stopped from growing and spreading to 16.5 months, compared with just over 8 months with treatment with chemotherapy with or without targeted therapy. The colorectal cancer had to have a specific genetic change called microsatellite-instability high (MSI-H) or mismatch repair deficiency (dMMR) for the person with cancer to receive pembrolizumab.

In this study, there were 307 people with MSI-H/dMMR metastatic colorectal cancer. Of those, 153 patients received pembrolizumab as their first-line treatment and 154 received chemotherapy with or without targeted therapy, which is the current standard of care, or best treatment currently known. First-line therapy means the initial treatment given. For those in the standard treatment group, patients received 1 of 2 options for a combination of chemotherapy, called FOLFOX or FOLFIRI, with or without the addition of a targeted therapy drug, either bevacizumab (Avastin) or cetuximab (Erbitux).

MSI-H and dMMR are specific genetic changes that occur in cancer cells. These changes prevent tumors from repairing damage to their DNA well. Because of this, MSI-H/dMMR tumors often develop many mutations, or changes, in their DNA. Often, chemotherapy is less effective against these kinds of tumors. About 5% of people with metastatic colorectal cancer have MSI-H/dMMR tumors.

What does this mean? In this study, first-line therapy with pembrolizumab was more effective at treating MSI-H/dMMR metastatic colorectal cancer than chemotherapy.

“These long-awaited trial results will change clinical practice.…This randomized study demonstrates a huge benefit in first line [therapy] with pembrolizumab and should be the new standard of care.”

The abstract number for this study is LBA4. View this study abstract and the authors’ full disclosures on the ASCO website.

This study included 700 people with locally advanced or metastatic urothelial carcinoma that could not be treated with surgery. For all of these patients, the cancer had been stopped after receiving 4 to 6 cycles of platinum-based chemotherapy. The study included patients with both PD-L1-positive tumors and PD-L1-negative tumors. Of all patients, 51% had PD-L1-positive tumors, and PD-L1 is specifically blocked by avelumab to prevent the growth of cancer. After chemotherapy, all participants were randomly placed into 1 of 2 groups. Half of the patients received maintenance avelumab with supportive care, and the other half received supportive care alone. Supportive care, also called palliative care, is designed to optimize a person with cancer’s quality of life and function by actively managing the cancer-related symptoms and side effects without providing specific anti-cancer treatment. The data in this study are based on a median of a little more than 19 months. The median is the midpoint, meaning that half the patients were followed for more than 19 months, and the other half were followed for less than 19 months.

About 47% of patients who received avelumab experienced serious side effects, compared with about 25% in the group who received supportive care alone. The most common side effects were urinary tract infection, anemia, blood in the urine, fatigue, and back pain.

What does this mean? This study shows that maintenance therapy with the immunotherapy avelumab in addition to supportive care can help people with advanced bladder cancer live longer, although there is a greater risk of serious side effects.

“The maintenance setting is an attractive time for using a checkpoint inhibitor. Patients have gone through chemotherapy and the disease is under control. But instead of waiting for disease to progress after chemotherapy—which it will quickly do in patients with advanced urothelial cancer—adding avelumab significantly improves survival.”

The abstract number for this study is LBA1. View this study abstract and the authors’ full disclosures on the ASCO website.

In this study, researchers developed an algorithm to identify molecular targets in certain pediatric, or childhood, cancers that have come back after treatment, called recurrent or relapsed cancer. Certain patients were then given targeted therapies for the identified molecular targets. This approach stopped the cancer from growing and spreading by 3 months in a small group of children with recurrent cancer.

An international patient registry called INFORM collects clinical and molecular data from frozen tumor samples, so pediatric oncologists and genomics researchers can develop and evaluate precision medicine and its use to treat recurrent cancers in children. Using the INFORM registry, researchers studied data from 525 patients with a median age of 12 from 8 countries. Using data collected from the tumor samples, they developed an algorithm that would search for genetic or molecular characteristics in the tumors that could potentially be targeted by an existing drug, both approved and experimental drugs. Experimental drugs are still being studied in clinical trials and are not yet approved for treatment. The algorithm then categorized targets into 1 of 7 categories or steps based on factors like how well the target, such as a specific protein, was predicted to bind to a drug. The 7 categories were: very high, high, moderate, intermediate, borderline, low, and very low. Using this algorithm, researchers then identified groups of patients with certain genetic or molecular characteristics that could be treated with an existing targeted treatment.

After the priority levels were set, 149 patients received targeted treatments based on the specific characteristics identified using the algorithm. Of those, 20 children had what were considered very-high-priority targets. These targets included ALK, BRAF, and NRAS mutations, which are changes in genes or proteins. They also included MET and NTRK gene fusions, which means 2 previously separate genes became joined. The study found that among those with very-high-priority targets, the cancer was stopped for a median of 204.5 days, compared with 114 days for the remaining 505 patients.

The study did not find that giving these targeted treatments improved overall survival.

What does this mean? Precision medicine, such as targeted therapy, is not yet regularly used to treat pediatric cancers. This study shows that there are potential targets in recurrent pediatric cancer that can be used to guide treatment planning.

“This registry has opened up the genomic landscape in pediatric oncology. It provides a unique source of information to help match new drugs or drug ideas with suitable biomarkers in certain pediatric patient populations.”

The abstract number for this study is LBA10503. View this study abstract and the authors’ full disclosures on the ASCO website.

GTD is a group of rare gynecologic tumors that form in a woman’s uterus during pregnancy. The tumors form when trophoblast cells, which are normal cells in the placenta, change and form a mass. While GTD is usually benign, sometimes these tumors can become cancerous. GTD tumors make too much of, or overexpress, the PD-L1 protein, which is what avelumab blocks. Chemotherapy is often used to treat GTD. However, sometimes the tumor can become resistant to that chemotherapy, meaning the chemotherapy no longer works to stop the growth or spread of the tumor. The majority of GTD tumors come back within 6 to 12 months after treatment is discontinued.

This study included 15 women with GTD that had become resistant to chemotherapy. Their median age was 34, and 53% had earlier stage GTD while 47% had stage III GTD, meaning that the disease had spread to the lung and possibly the genital tract. Avelumab was given to each participant to see if the woman’s human chorionic gonadotropin (hCG) levels, which are hormones that are made during pregnancy, returned to normal levels. Women with GTD have high levels of hCG, so monitoring these levels allows doctors to determine if tumors are still present. If hCG levels returned to normal, patients received 3 more cycles of avelumab to destroy any remaining tumor cells.

This study found that just over half of patients—8 out of 15—were considered cured after their hCG levels returned to normal. After a median follow-up of 29 months, researchers found that the women who were cured maintained normal levels of hCG and the tumors did not come back. One woman later went on to have a healthy pregnancy. The remaining 7 patients in the study for whom avelumab did not work well were treated instead with either a different chemotherapy or surgery.

The side effects of avelumab were milder than chemotherapy, with the most common side effects being fatigue, nausea, vomiting, and infusion-related reactions.

What does this mean? Avelumab shows promise as an effective treatment option for GTD that has become resistant to first-line chemotherapy.

“This proof-of-concept study shows that treatment with the immunotherapy avelumab works against these tumors when resistance to single-agent chemotherapy develops.”

The abstract number for this study is LBA6008. View this study abstract and the authors’ full disclosures on the ASCO website.

A phase III clinical trial, called ADAURA, showed that using the targeted therapy osimertinib (Tagrisso) after surgery is effective for the treatment of stage II to IIIA non-small cell lung cancer (NSCLC) with an epidermal growth factor receptor (EGFR) mutation. After 2 years of treatment with osimertinib, 90% of the study participants were alive without the cancer coming back, or recurring, compared with 44% of participants who received a placebo, which is an inactive treatment. For patients in the study, taking osimertinib reduced the risk of recurrence or death by 83%.

There were 682 study participants with stage IB to IIIA NSCLC with an EGFR mutation, with 69% having either stage II or stage IIIA cancer. They had all had their tumors removed by surgery and some had also received adjuvant chemotherapy. There were 339 people who received osimertinib and 343 who received a placebo.

What does this mean? Adding osimertinib after surgery with or without adjuvant chemotherapy may be an effective way of delaying recurrence in patients with non-metastatic, EGFR-positive NSCLC.

The abstract number for this study is LBA5. View this study abstract and the authors’ full disclosures on the ASCO website.