Cancer in My Community: Caring for Children With Cancer in Armenia 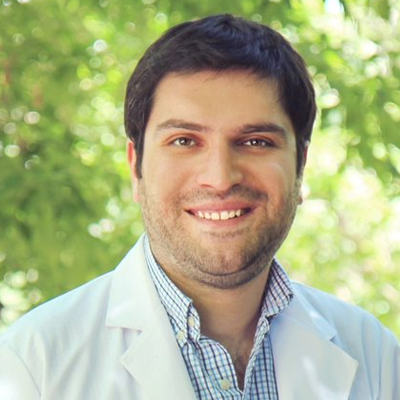 Cancer in My Community is a Cancer.Net Blog series that shows the global impact of cancer and how people work to care for people with cancer in their region. Dr. Gevorg Tamamyan is a pediatric oncologist and hematologist based in Yerevan, Armenia. Dr. Tamamyan is the head of the Pediatric Cancer and Blood Disorders Center of Armenia, which is part of the Hematology Center (named after Prof. R.H. Yeolyan). He is also the chairman of the Department of Pediatric Oncology and Hematology at Yerevan State Medical University and the former president of the Physicians Union of Armenia (2019). Dr. Tamamyan received an International Development & Education Award (IDEA) in 2013 and a Long-term International Fellowship (LIFe) in 2014 from Conquer Cancer, the ASCO Foundation. He is chair-elect of the ASCO IDEA Working Group. You can follow him on Facebook.

When you tell someone that you are a pediatric oncologist and treat children with cancer, the first thing people ask is how you deal with such a difficult profession. Although pediatric oncology has made incredible advancements in medicine within the last few decades and the vast majority of kids with cancer now have a chance to beat the disease, most people think about it like a death sentence.

But the reality is different. The reality is that currently in Armenia, out of every 10 kids with cancer, 7 to 8 are surviving the disease. Of course, we still need to work hard to make those numbers go up so that no child dies of cancer. But right now, we are able to save many lives and bring joy and laughter to those families. Why did I decide to care for people with cancer? Because even if I can save only 1 life, or end the pain for only 1 child, it gives meaning to the work I am doing.

In Armenia, we have around 8,500 new cancer cases per year. About 80 to 100 of those cases are in children. Until recently, we didn’t have a national cancer registry. Therefore, the numbers are mostly collected from the hospitals treating cancer.

All children with cancer and blood disorders receive their diagnosis and chemotherapy at the Pediatric Cancer and Blood Disorders Center of Armenia (PCBDCA), which was established last year as a result of merging all existing pediatric hematology and oncology units. Children receive radiation therapy at the National Oncology Center, and surgical care is available at several hospitals.

Besides medical care, at the PCBDCA, we have a dedicated psychosocial team with psychologists, teachers, and social workers with the purpose of making things easier for patients and their caregivers both during their treatment and after.

Within the past few years, I think the stigma around cancer has changed a lot in my country. Survivors started talking about their cancer and sharing their success stories. More people talk about it. I remember several years ago, February 4 and 15 were just ordinary days in the calendar. But now, many people know about World Cancer Day and World Childhood Cancer Day. Several events and initiatives are taking place on those days in Armenia, meaning the awareness around cancer has increased significantly.

It is well known that the chance of cure for people with cancer varies between countries and regions and greatly depends on where the patient is being treated. In the developing world, people face many disparities. It is our responsibility to do our best to bridge this gap and create the possibility for more people to survive.

How charities help with the costs of cancer in Armenia

We still experience a lot of problems around cancer care in Armenia, but because of help from charities, we are mostly able to deliver appropriate care for children.

Currently, every child and young adult below the age of 25 in Armenia receives their cancer diagnosis and treatment for free because of the support from charitable foundations. The biggest foundation is the City of Smile Foundation, led by the First Lady of Armenia. The foundation also helps to develop pediatric oncology and hematology care in our country and offers support in research and professional education.

Other charitable foundations that do amazing work and help people with cancer in Armenia are the Bridge of Health Charitable Foundation, Fund 100, and the Menq enq and Ognem Foundations. Recently, the Heneran Foundation, which is led by a cancer survivor, created a patient advocacy platform that I think could become a great way for raising awareness around cancer care in Armenia and making positive changes.

Where patients can find local resources and support

Several years ago, the Armenian Association of Hematology and Oncology, with the support from the U.S. Embassy in Armenia, initiated the creation of a patient-oriented and oncologist-approved website called Cancer.am, which is similar to Cancer.Net. It contains information about different cancer types, their treatment methods, and general information about cancer. It also includes information about existing clinics and specialists in our country. The website has a special column with survival stories, which shows the real-life stories of patients who survive cancer.