What to Do When You Are Diagnosed With Cancer During Pregnancy 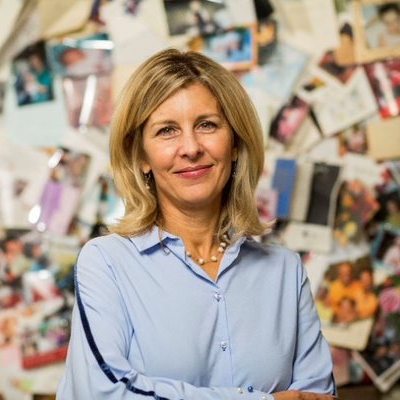 Elyce Cardonick, MD, is a professor in obstetrics and gynecology at Cooper Medical School at Rowan University in Camden, New Jersey. Dr. Cardonick closely follows a cohort study of over 450 pregnant women diagnosed with cancer since 1997, including evaluating outcomes for the mother and child long beyond the postpartum period. Dr. Cardonick has lectured at the American College of Obstetricians and Gynecologists, the Royal College of Obstetricians and Gynaecologists, and the Society for Maternal Fetal Medicine on the treatment of cancer during pregnancy. Dr. Cardonick is also a medical advisor for Hope for Two: The Pregnant with Cancer Network.

Receiving a cancer diagnosis during pregnancy can be scary. The excitement of the pregnancy is quickly replaced by the fear of the cancer. Then, the focus of the mother often shifts to wanting to protect the unborn child at all costs. Pregnant women with cancer will often stop focusing on the cancer and instead focus on getting well for the sake of their unborn child, as well as for other children they may have, their partner, or other members of the family who may need them.

Pregnant women also experience cancer differently from other people with the disease. On 1 hand, there is the terrible difference of having to worry about not only fighting for their own life with this new diagnosis, but also worrying about how their own life-saving treatment may affect the life inside of them. The more pleasant difference is that once treatment decisions are made and the initial shock of the diagnosis passes, there is the realization that at the end of treatment, there is the delivery of a baby to look forward to. It is unlike any other reward at the end of a cancer treatment course.

As women delay both marriage and childbearing for careers and other reasons, the average age of a woman’s first pregnancy is now older than it was for previous generations. This shift is likely the reason for the increased number of cases in which various types of cancers are being diagnosed during pregnancy.

Working with women who have been diagnosed with cancer during pregnancy has been the focus of my career. During my fellowship training in maternal fetal medicine and after completing my residency in obstetrics and gynecology, I met 3 women who helped set the course of my work and my life. One was diagnosed with melanoma on her thigh. Not only was she encouraged to terminate her pregnancy, but once she decided to continue the pregnancy, she also had difficulty finding a surgeon willing to perform the more extensive surgery that was required. Were she not pregnant, she also would have been able to avoid a full groin lymph node dissection. Instead, she would have been able to undergo a nuclear medicine injection to highlight any cancerous lymph nodes in her groin so the surgeon could remove only those. She was motivated to avoid the full groin dissection due to the possible side effect of lifelong leg swelling (called lymphedema), which could affect her ability to do her job. After speaking with both a nuclear medicine physician and surgeon during which we researched the potential risks to the baby, I was able to reassure them and the patient that performing this type of surgery in pregnancy was safe for the unborn child and vital for the mother. The surgery was successful, and her daughter was healthy and born at term. The placenta did not show any evidence of melanoma.

Next, I met a woman with Hodgkin lymphoma who was 10 weeks pregnant. Her oncologist sent her for a nuclear medicine study to evaluate her heart function before she could start chemotherapy. But the radiologist would not do the study unless she terminated the pregnancy. Her oncologist also felt it would be best for her to terminate the pregnancy, as did the hospital’s policies, but she did not wish to do so. I found a few case reports and a small series of cases showing that pregnant women with Hodgkin lymphoma did not have a worse chance of survival compared to non-pregnant women. How could I advise her to terminate the pregnancy if it most likely wouldn’t improve her chance of survival? However, I did not want her to save the pregnancy just to sacrifice herself by avoiding treatment at all costs, especially for such a treatable cancer. I realized that we really needed to convene the ethics board at the hospital to discuss with the oncologist the possibility that she could safely undergo chemotherapy during the later part of pregnancy after the baby’s organs were mostly done developing. After looking for a way to save both mother and child, I found a study that showed the woman could safely undergo chemotherapy during the second and third trimesters of pregnancy. The ethics board at the hospital agreed, and my patient underwent chemotherapy. I had the privilege of following her son’s normal growth and development; he has just graduated from college!

Because of the rarity of experience in diagnosing and treating pregnant women with cancer, no single institution would be able to collect enough cases to truly learn the safest way to treat cancer during pregnancy. This is when I started the Cancer and Pregnancy Registry, now an international collection of cases of women diagnosed with cancer during pregnancy and their children. The third influential patient for my career path was enrolled in the registry after she was diagnosed with breast cancer. She named her son David because he “fought Goliath,” as he was exposed to chemotherapy before he was born. He is followed annually in the registry, as is his beautiful mother. Both are healthy, and the work has come full circle. David just became a father, and his mother a grandmother. This was something I was told may not be possible for children who were exposed to chemotherapy while in the womb. It was feared their gonads could be affected by chemotherapy. Women diagnosed with cancer during pregnancy can be treated and remain healthy enough to become a mother—and even a grandmother, too!

How to cope when you are diagnosed with cancer during pregnancy

Although it is normal for pregnant women with cancer to focus on the unborn child and not themselves, know that the best way to have a healthy child is to take care of yourself during your pregnancy. Consider cancer treatment during pregnancy if that is advised by your doctor. Also take time for yourself, accept help from others, rest, and eat when you can between and during treatments. Know you are not alone; approximately 1 in 1,000 pregnant women are diagnosed with cancer each year.

If you are receiving cancer treatment while pregnant, be sure to have an open dialogue with your health care team about how the cancer treatment may impact you and your child. The most important question for those newly diagnosed with cancer to ask is, “How would I be treated if I were not pregnant?” The next question to ask should be, “Has this treatment been given before, and what were the risks and outcomes for the children?”

Finally, maybe the most helpful thing to do is to speak with another woman on the phone who has already experienced the same thing and hear her child’s voice in the background. Calling the wonderful support network Hope for Two can put each newly diagnosed woman in touch with a support woman who was also diagnosed with a similar cancer during pregnancy and who safely delivered their child. No one else can quite understand what it’s like to experience the fear of a cancer diagnosis while trying to be happy about a pregnancy like someone who has experienced the same thing.