Can a Biopsy Make My Cancer Spread? 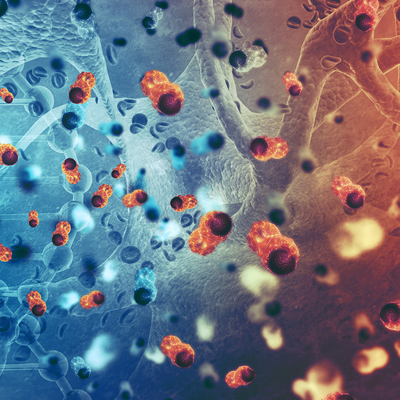 A biopsy is an important part of helping your doctor make a possible cancer diagnosis. If your doctor does find cancer, the results of a biopsy can also help them tailor the right treatment plan for you and your specific type of cancer.

But some people may wonder whether a biopsy could have other effects on their body, including whether it may lead to the cancer spreading. Here, we discuss common biopsy techniques, why they are not likely to cause cancer to spread, and questions to discuss with your doctor if you have concerns.

What are biopsies, and why do I need one?

Biopsies are the most common way that doctors diagnose cancer. During a biopsy, a doctor takes a small piece of tissue, called a sample, from a suspected tumor or area of concern. Then, a pathologist looks at it under a microscope to make a diagnosis. A pathologist is a doctor who specializes in interpreting laboratory tests and evaluating cells, tissues, and organs to diagnose disease, including cancer.

There are many different techniques for collecting a biopsy. For example, in a fine needle aspiration biopsy, the doctor inserts a needle attached to a syringe into the suspicious area to collect a small amount of tissue for diagnosis. In an excisional biopsy, the doctor removes the entire suspicious mass for examination.

“Properly performed, biopsies often provide essential information to help diagnose, stage, and inform clinical decision-making for patients with suspected or known cancer.” – Jeffrey E. Gershenwald, MD, FACS, professor in the Department of Surgical Oncology in the Division of Surgery at the University of Texas MD Anderson Cancer Center in Houston, Texas, and Cancer.Net Editorial Board member.

Why do some people think a biopsy could spread cancer?

Tumor seeding or needle seeding refers to rare occurrences when the needle inserted into a tumor during a biopsy dislodges and spreads cancer cells. It is sometimes called needle track or tract seeding because the cancer cells grow along the needle’s track.

In the past, tumor seeding has been difficult to study, and evidence relied on older case reports, which are descriptions of a person’s medical history. But the idea gained some attention when former urologist Ronald Wheeler published a book and practiced medicine that renounced biopsies for men with prostate cancer. However, the state of Florida revoked Wheeler’s medical license in 2017, and he was arrested for defrauding patients and practicing medicine without a license.

What does the research say about biopsies spreading cancer?

Every medical procedure carries risks. Biopsies carry a small risk of bleeding and infection. In recent studies, scientists have worked to quantify the risks and benefits of biopsies in an effort to better inform patients and fellow physicians.

Several studies and reports of individual cases confirm that tumor seeding only very rarely occurs, and that the benefits of biopsies far outweigh the risks. For example, a 2008 review in the journal Gut showed that needle track seeding occurred in 2.7% of liver cancer biopsies. In a 2015 BJU International study, however, researchers reviewed previous studies and found that the incidence of needle track seeding was low (less than 1%). In a 2013 study in Endoscopy, researchers found no difference in cancer recurrence in 256 patients with pancreatic cancer who did and did not receive biopsies. Then, in a later 2015 study in Gut, the same researchers found that biopsies were not associated with an increased risk of dying in a database of 2,034 Medicare patients with pancreatic cancer. More recently, in a 2019 study in Urology, researchers found that the core needle biopsy technique was safe and effective in 42 patients with bladder cancer and that seeding did not occur after 28 months of follow-up.

Overall, while it is not impossible for needle seeding to occur during a biopsy, it is rare.

Why is it important to get a recommended biopsy?

A biopsy is often the best way to definitively say whether or not you have cancer. Other tools, such as ultrasound and magnetic resonance imaging (MRI), can tell the doctor if an area looks suspicious. But in most cases, the only way to make a definitive cancer diagnosis is to perform a biopsy and look at those suspicious cells under a microscope. Many biopsies are performed with imaging guidance, called image-guided biopsies, where tools like ultrasound or computed tomography (CT) scans are used to help locate areas of concern and obtain biopsy material.

Sometimes, a biopsy reveals that the suspicious area contains only benign, or non-cancerous, cells. This might mean you do not need treatment, such as surgery, radiation therapy, or chemotherapy. Other times, a biopsy can tell the doctor how aggressive a cancer appears to be and what the extent of the disease may be. This refers to a cancer’s stage and grade. A biopsy can also explain what type of cancer cells are inside the tumor. All of this information helps determine the best course of action for treating the cancer.

If you’re concerned about a biopsy, ask your doctor why they recommend the biopsy and what the risks of having or not having the biopsy are. You may also want to ask your doctor how to prepare for the biopsy, what you can expect during the procedure, and how to take care of yourself after the procedure. A biopsy is an important part of caring for people with cancer, and your doctor can help answer any questions you may have along the way.