How a Musician Copes With Life With Metastatic Breast Cancer 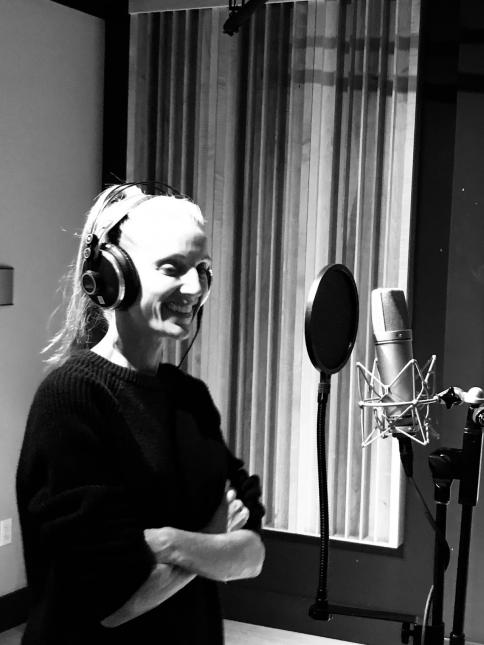 Summer Watson is a singer on a mission to inspire as well as entertain. Summer survived both stage 4 breast cancer and a deadly train crash, so the chart-topping international vocalist knows all too well about the challenges that confront us in life. Summer attended London’s prestigious Royal College of Music and became the first classical artist signed to a £1 million contract with Sony Music. You can follow her on Instagram and Twitter.

We are all here for such a short period of time. So it makes sense to eliminate all toxicity from our lives, to see whatever challenges come our way as blessings, and to enjoy every single second we have. I feel it is a blessing to wake up every day. I didn’t always think this way. Incidents in my life made me rethink my own existence, my approach to life, and my general mindset.

One such incident came when I survived the Potters Bar train crash in England in May 2002. Little did I know what fate had in store for me at a time when I was so happy. I was completing my vocal studies at the Royal College of Music, and I was in the middle of recording an album with the Royal Philharmonic Orchestra at the world-famous Abbey Road Studios when the train crash happened. Cheating death that day was my first wake-up call as to how fragile life can be. It eventually prompted me to cover Sting’s song, “Fragile,” on my album the following year. I started touring all over the world, singing for Heads of State and celebrities, singing on U.K. arena tours and to a television audience of 1.3 billion in China, and even performing at Buckingham Palace.

I felt confident, successful, independent, and content until fate brought me another unpleasant surprise. It was a day that I will never forget. In 2014, when I was only 37 years old, I learned I had stage 4 breast cancer. I was in a state of shock and disbelief. I had been so healthy up until that point. How was it that a young, vibrant human being who was super fit , who never even had the flu, who loved plant-based foods, who didn’t drink alcohol, and who had no history of cancer in her family end up with stage 4 breast cancer? I feared I would lose everything I had achieved.

Entering treatment felt surreal. The night before my mastectomy, I celebrated the end of “life as I knew it” by doing a photoshoot with the acclaimed Canadian film director T.J. Scott for his coffee table book, In the Tub. The day of my operation, all I remember is waking up at 5 a.m., being collected by my friend, going to the hospital, and waiting for the process to begin. But I didn’t feel real fear until my last day in the hospital. That was when I felt extremely vulnerable, sitting in a wheelchair and wondering how my life would be.

What awaited me next was even more horrible. I was in a complete state of shock for several months afterwards. I had to cope with not being able to fully move my right arm for about 2 years and to cope for months with having a breast that had turned black from the operation. The medication drips were also horrendous. Finally, I had to cope with the fact that the breast reconstruction left me with a different physical appearance than what I was used to.

I lost so much as I knew it due to cancer: my strength, my right breast, my fitness, my confidence, and most important to me, my ability to sing. I had to give up things I always enjoyed temporarily, like daily yoga practice, swimming in the ocean, riding horses, and singing. This had to be exchanged for a lot of pain, sorrow, medical centers, doctors, treatment, and uncertainty about tomorrow.

How I coped with the effects of cancer

Throughout my cancer experience, I had many challenging conversations. Everyone I spoke with had opinions, but no one had finite answers. Friends and doctors were trying to help, but I learned that it was essentially me and only me who had to look within and take the time to figure out a plan and move forward. I had to research and figure out what would work for me to heal.

I was living at my friend's house during my recovery, and I began turning the absolute ridiculousness of the whole situation into complete British humor. I realized pretty early on that laughter was the key to my recovery. I began to think about what I was watching on TV, what I was listening to on the radio, and how I felt before and after meetings or gatherings with friends. Every access point of what I was soaking up had to be assessed and re-evaluated.

Receiving a cancer diagnosis is the type of news that is often capable of breaking a person’s spirit. I was able to find my inner strength. I found that surrounding myself with laughter and love, thanks to my closest friends and Marleigh, my Golden Retriever, helped me conquer cancer.

What cancer has taught me

The biggest lesson I've learned is that cancer was my blessing. It was a chance for me to change my life and to live the next chapter with a greater sense of the wisdom of what life is: a gift. That was the turning point in my story. Through the power of learning the way my body and emotional state worked, I was able to take charge of my own life. Laughter, nature, singing, playing with all genres of musicians, reiki, acupuncture, sound baths, and being free to express myself without a care in the world were the essential ingredients for my elixir of health.

Putting music first as the healing power for my body, I attended a lot of sound baths that I felt cleansed my body of emotional toxins. Cancer prompted me to create my own music with my own lyrics based on my life story to inspire others. During my career before cancer, I used to sing only other writers’ beautiful songs. But the post-cancer period became the perfect time for me to rise and shine just like the phoenix did. After spending a year working on my new album, I created a collection of songs that tell the story of me overcoming trauma and pain. My deepest wish is that those who listen to it will be inspired to let go, be free, and live a life of happiness.

Now that I have conquered cancer and have been healthy for 6 years, my attitude concerning breast cancer and any disease, in general, has changed. I learned that I had to change the attachment in my mind to disease. I never thought seeing myself as a “victim” of cancer would allow me to heal. I feel the disease came about in my body for a specific reason, and healing would come by understanding how I was functioning on a day-to-day basis. At the end of the day, I had to put all of the negativity out of my head and just be happy to be here.