How to Spot Suspicious Herb and Supplement Claims During Cancer 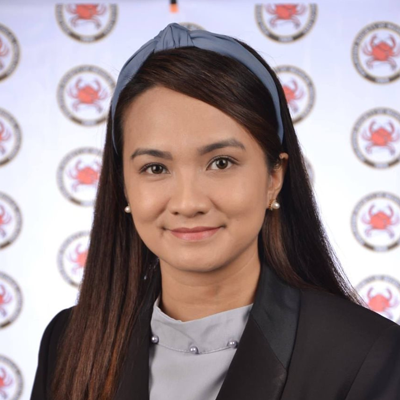 Ann Meredith Garcia Trinidad, MD, MCM, FPCP, FPSMO, FPSO, earned her medical degree and master’s degree from the University of the Philippines and pursued her residency and fellowship training at the UP-Philippine General Hospital. She is currently the Head of the Section of Medical Oncology at the Dagupan Doctors Villaflor Memorial Hospital. Dr. Garcia Trinidad is a board-certified medical oncologist with a special interest in health care social media. Her Facebook page dedicated to raising cancer awareness among Filipinos has over 110,000 followers. You can follow her on Twitter. View Dr. Garcia Trinidad’s disclosures.

Across different cultures, some people believe cancer to be incurable. Because of this belief, a cancer diagnosis can sometimes lead people to try alternative treatments, such as herbs and dietary supplements, instead of standard medical treatments.

Some herbs and supplements may provide a false promise of a longer life or even a cure, and some people believe them to be safer, more natural options for those with cancer. This misperception is further reinforced by often well-meaning loved ones and other people with cancer who encourage the use of these herbs and supplements to treat the cancer. The media and the internet also play a crucial role in spreading problematic beliefs, myths, conspiracy theories, and other potentially dangerous misinformation around alternative treatments and cancer.

Some people with cancer may be drawn to try herbs and supplements because they can get them without a doctor’s prescription. But are they actually safe and effective for people with cancer? Here’s what to know.

Are herbs and supplements safe for people with cancer?

The efficacy and safety of many of these “natural” remedies like herbs and dietary supplements remain unproven in well-designed clinical trials with humans. Instead, data from studies done in the lab on cells or animals are often used to claim benefits for human use, but these results do not reliably apply to people. Many marketing claims are mostly based on unfounded user testimonials and personal anecdotes. Because of this, unproven herbs and supplements can have significant health risks, especially in people with cancer.

Herbs and dietary supplements are also regulated differently from conventional cancer drugs. While drugs must be tested to make sure they are effective and safe before entering the market, dietary supplements are regulated as food products and are considered safe until proven otherwise. This lack of scientific evidence and safety regulations can put many people with cancer in harm’s way.

Herbs and supplements can give false hope to people with cancer, leading them to delay or abandon conventional cancer treatments. This reduces their chance of cure or remission and may ultimately shorten how long they live. A 2018 study published in the Journal of the National Cancer Institute, for example, showed that people with cancer who were exclusively treated with alternative medicine were 2.5 times more likely to die compared to those who received conventional cancer treatments.

It is important to remember that herbs and dietary supplements can have unwanted effects, as well, particularly when they are used incorrectly or when the product is mislabeled, contaminated, or substituted with another substance. These products can interact with other medications and lead to increased toxicity. For example, taking the herbal supplement ginkgo while also receiving a blood thinner like warfarin can increase a person’s risk of bleeding. There is also a growing body of evidence that antioxidant supplements may make chemotherapy and radiation therapy less effective.

Always talk to your doctor first before taking any herbs or supplements because “natural” does not necessarily mean safe.

How can I spot suspicious claims about herbs and supplements?

To avoid health fraud scams, it is important to learn how to investigate claims and recognize red flags. Suspicious phrases include “all natural,” “miracle cure,” “quick and painless cure,” or “1 product does it all.” Some scammers might use quasi-scientific jargon that does not really mean anything, such as “detoxifying” your body or “balancing” its chemistry. They might also claim to have cancer cure rates higher than those for traditional treatments, and they may try to minimize conventional cancer drugs by calling them “poison.” Scammers might also withhold important information by claiming to have a “secret ingredient” or a “proprietary blend” that they do not want to be copied or stolen by others.

Conspiracy theories involving “Big Pharma” working with the government or with doctors to hide a miracle cure are also common persuasion tactics to buy alternative treatments, particularly on social media. Other important red flags to pay attention to include discouraging following your doctor’s advice, unverifiable user testimonials, and clear multi-level marketing involvement. Always read herb and supplement labels and ask: what is the scientific evidence that this treatment is beneficial and safe? Remember, if it sounds too good to be true, it probably is.

How common is the use of herbs and supplements by people with cancer around the world?

The use of herbs and supplements by people with cancer is common across the world, including in the United States and in less developed countries. In the Philippines, for example, there are lots of local media and social media pages that feature sponsored ads and questionable testimonials for dietary supplements claiming to cure a wide array of diseases, including cancer. The popularity of multi-level marketing or “networking” involving dietary supplements further adds to the problem.

A local study done in a major cancer center in the Philippines showed that 89% of cancer patients had used herbal and dietary supplements at some point. Alarmingly, approximately 25% of these patients had delayed seeking standard cancer treatment, and almost 50% had combined dietary supplements with conventional cancer medications, which most patients didn’t tell their oncologists about.

Worldwide, it is a part of our daily mission within the cancer community to combat cancer-related medical misinformation and help people with cancer avoid unnecessary expenses and, more importantly, worsening disease. It is crucial for people with cancer, who are often targeted by false advertising and misinformation, to be guided on how to identify fake news and avoid health fraud scams, both online and offline.

Despite the many challenges and complexities surrounding cancer treatment, remember that scientific evidence is better than anecdotal claims. Always talk with your doctor before trying any kind of new herb, supplement, or other alternative medicine.