How Does Smoking Increase Your Cancer Risk? An Expert Q&A 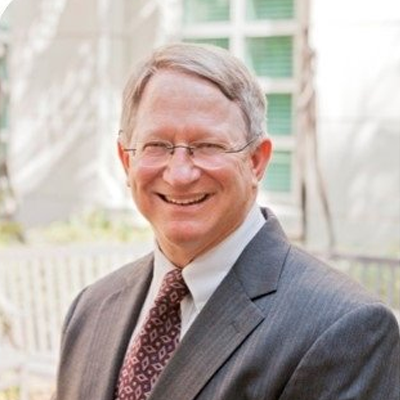 There are thousands of chemicals in cigarette smoke. Of those, hundreds are known to be harmful toxins, and more than 65 are known to cause cancer. With this degree of exposure to so many toxins and cancer-causing chemicals, it is not surprising that cigarette smoking would be identified as a cause of many types of cancer.

But this direct exposure to carcinogens, which are substances that can cause cancer, is not the only way that cigarette smoke contributes to cancer risk. Cigarette smoking also impacts important functions within the body that can diminish the body’s defenses against cancer. For example, cigarette smoking causes heightened inflammation, which is a risk factor for cancer and many other diseases. Considering this combination of factors, cigarette smoking contributes to the progression of cancer from the earliest pre-cancer stages all the way to tumor growth and spread.

Here’s what to know about how cigarette smoking and other forms of tobacco use increase your cancer risk and where you can find help to quit smoking.

Q: Does cigarette smoking increase your cancer risk, and by how much?

On average, the increase in cancer risk from cigarette smoking is very large, but pinpointing the size of the risk increase depends on several factors. The cancer risk from cigarette smoking is dose-dependent, which means a person’s risk will increase based on factors such as how many cigarettes they smoke per day and for how many years they have smoked. The cancer risk also depends on the type of cancer. For example, compared with people who have never smoked cigarettes, a current smoker has a 25 times greater risk of lung cancer and a 2 times greater risk of bladder cancer. These are both very striking increases in risk, but the increased risk for lung cancer is much, much larger than for bladder cancer.

Based on the fact that cigarette smoking has been so common, is linked to so many different types of cancer, and causes such large increases in cancer risk, cigarette smoking is estimated to cause almost one-half of all cancer deaths in the United States.

"Cigarette smoking is estimated to cause almost one-half of all cancer deaths in the United States." — Anthony J. Alberg, PhD, MPH, cancer epidemiologist, professor, and chair of the Department of Epidemiology and Biostatistics at the University of South Carolina's Arnold School of Public Health.

Q: How does pipe and cigar smoking impact cancer risk?

A: This is a critical question, but unfortunately right now, this is a very difficult question to answer. We know so much about the cancer risks of smoking because the epidemic of smoking started in the early 1900s, so we have decades’ worth of research studies that have advanced our understanding. You might find it hard to believe, but back in the mid-1900s, cigarette smoking was perceived to be safe, similar to chewing gum.

In contrast, e-cigarettes have been around for about 10 years, and the products have already changed a lot during that time. It usually takes many more years of data and lots of research to determine if being exposed to something like e-cigarettes can confidently be labeled a risk factor for cancer. Compared to cigarette smoking, we at least have the advantage that we are on the lookout for the harms of e-cigarettes right from the beginning.

There is evidence that e-cigarettes are effective at helping smokers quit smoking cigarettes.

But right now, most current evidence-based assessments conclude that the well-tested and safest smoking cessation strategies, such as counseling and medications to stop smoking (e.g. nicotine replacement therapy), are the best options for quitting. E-cigarettes are not approved for the purpose of quitting smoking and there are risks associated with using e-cigarettes, so people should avoid vaping for that purpose.

Q: If I already smoke, is it too late to quit to lower my cancer risk?

A: This is the good news: it is never too late to stop smoking, and doing so will lower your risk of cancer. So if you think it is too late, it is not—there is still hope! This is true even after a diagnosis of cancer or heart disease. You can still increase your chances of living longer by quitting smoking. And based on our conversation so far, that makes perfect sense, right? As soon as all those toxins and cancer-causing chemicals stop entering your body at high doses every day, you are bound to be in better health.

Q: What is the best way to quit smoking?

A: What works best will vary from person to person. But what is important for every smoker to know is that there are many options to help you quit smoking. These options have been thoroughly and carefully researched and are known to be effective, so do not be afraid to use them.

There is no single path to quitting smoking. Some smokers can quit on their own (“cold turkey”), but I encourage smokers to take advantage of the treatment options available to them if they need them. They could save your life.

Q: What support is there for people who are trying to stop smoking?

A: Smoking quitlines are an easy place to start. Anyone in the United States can call 1-800-QUIT-NOW (800-784-8669) to talk to a smoking cessation specialist in your state who can help guide you on your journey to becoming smoke-free. The National Cancer Institute Quitline is 877-44U-QUIT (877-448-7848) and takes calls from 9 a.m. to 9 p.m. Eastern time. Or, you may prefer to discuss quitting smoking with your doctor or other health care provider. For some, smoking cessation programs may be available through your employer. So, ask around, choose a starting point that is right for you, and don’t delay!

American Lung Association: Quit Smoking
National Cancer Institute: Where To Get Help When You Decide To Quit Smoking