Can Cancer Symptoms Be Mistaken for Menopause? 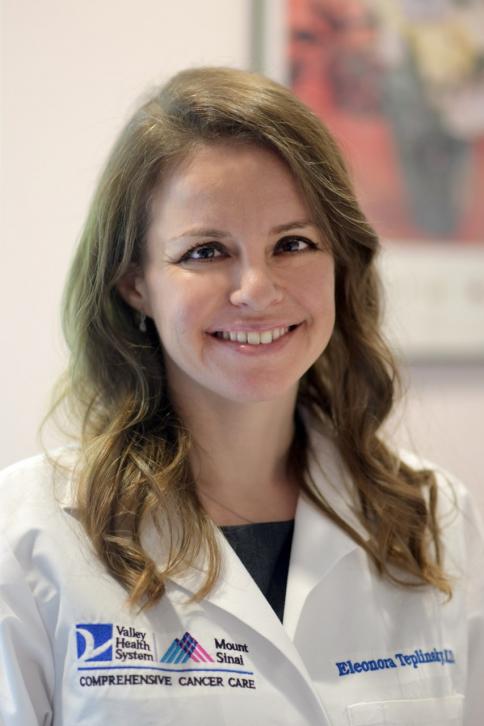 Eleonora Teplinsky, MD, is the head of breast medical oncology at Valley-Mount Sinai Comprehensive Cancer Care in Paramus, New Jersey, and is a clinical assistant professor of medicine at the Icahn School of Medicine at Mount Sinai. She specializes in the treatment of breast and gynecologic cancers. Her research interests focus on the role of exercise and nutrition in cancer and survivorship. She is also a member of the Cancer.Net Editorial Board. You can follow Dr. Teplinsky on Twitter. View Dr. Teplinsky’s disclosures.

People approaching or going through menopause may be concerned that the symptoms they’re experiencing are related to menopause or another medical condition, such as cancer. But can the symptoms of menopause mimic those of certain types of cancer? Or, can menopause and its treatment increase a person’s risk of cancer?

Here’s what to know about how the symptoms of menopause can be similar to those of cancer and whether menopause impacts cancer risk.

What are the symptoms of menopause?

Menopause is defined as the time when the ovaries stop making eggs. It is typically confirmed when a person has not had a menstrual period for 12 consecutive months (with no other obvious causes). Menopause will typically occur in the late 40s or early 50s, and the average age for menopause is 51.

Prior to menopause, a person will enter the menopausal transition (also known as perimenopause), which can begin 8 to 10 years before menopause. During this time, the ovaries produce lower levels of the hormones estrogen and progesterone. As a result, the person’s menstrual periods start to become irregular before stopping altogether, and certain changes will begin occurring in the body. As this happens, the person may develop menopausal symptoms related to the lower hormone levels.

The most common symptoms of menopause include:

During the period after menopause, which is referred to as postmenopause, menopausal symptoms may begin to ease and become less severe.

Can cancer symptoms be mistaken as symptoms of menopause?

Uterine and ovarian cancers are more common in postmenopausal women. The most common symptom of uterine cancer is abnormal uterine bleeding, which occurs in 75% to 90% of people with this type of cancer. It can be hard to distinguish between abnormal bleeding and a regular menstrual period, especially during the menopausal transition. However, in people older than 45, some concerning clues will include bleeding between menstrual cycles, frequent bleeding, and heavy or prolonged bleeding. The average age at diagnosis of uterine cancer in the United States is 60, and it is uncommon in women younger than 45.

Symptoms of ovarian cancer include abdominal swelling or bloating, nausea, difficulty eating or feeling full quickly, and shortness of breath. About half of people who are diagnosed with ovarian cancer in the United States are 63 or older. However, ovarian cancer may occur at a younger age in people with a hereditary ovarian cancer syndrome.

In general, you should talk with your doctor if you experience any new symptoms described above.

Can treatment for menopause increase my cancer risk?

The use of MHT declined significantly after the initial publication of the Women’s Health Initiative (WHI) study in 2002, which showed that people taking EPT had a higher risk of breast cancer, heart disease, stroke, and blood clots. Although further analysis showed that some of the risks were over-estimated and there were found to be some benefits of MHT, MHT is currently prescribed to only about 3% to 4% of perimenopausal and postmenopausal people.

MHT can also increase the risk of developing a gynecologic cancer. This risk varies based on the type of MHT used. Because estrogen-alone MHT increases the risk of uterine cancer, for example, it cannot be given to people who still have a uterus. For these people, combined estrogen-progestin therapy is recommended, which eliminates that increased risk of uterine cancer. The risk of ovarian cancer is very slightly increased with either estrogen alone or combined estrogen-progestin MHT. MHT does not increase the risk of cervical cancer.

Ultimately, if a person is receiving MHT, the recommendation is that they stay on the treatment for the shortest amount of time as possible. For people who are mostly experiencing genitourinary symptoms of menopause (such as vaginal dryness, decrease in libido, or a change in sexual function), low-dose vaginal estrogen may be recommended and can be continued indefinitely without an increase in cancer risk.

If you are approaching or going through menopause, always talk with your doctor about the symptoms you are experiencing and how certain treatments can affect your personal cancer risk. Your health care team can help you navigate any discomfort you may be feeling and recommend the best care plan for you.