Cancer in My Community: The Roadblocks to Receiving Cancer Care in Haiti 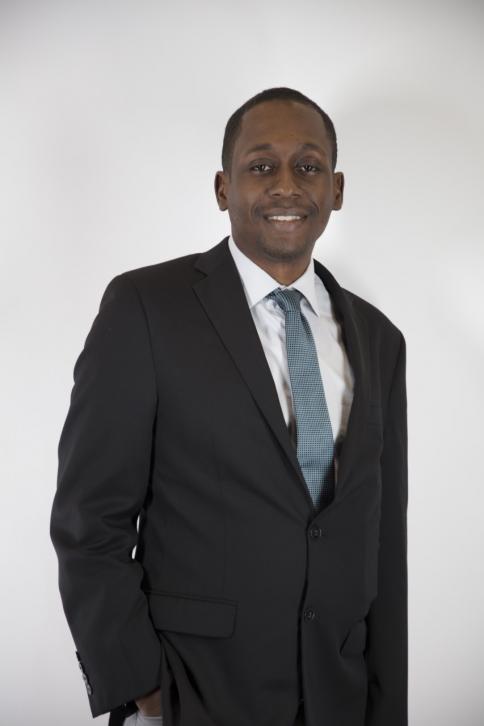 Joseph Bernard Jr., MD, is the medical director of the Innovating Health International (IHI) Cancer Program in Port-au-Prince, Haiti. Dr. Bernard Jr. studied medicine at the School of Medicine of University Notre Dame of Haiti (UNDH). He received the International Development and Education Award (IDEA) from ASCO in 2017 and has been an ASCO member since 2016. You can follow Dr. Bernard Jr. on Twitter.

I decided to become an oncologist during my last year of medical school. I was assigned to give a presentation through which I realized how fascinating this specialty is. I also sadly realized that the prevalence of cancer is poorly known in Haiti, since there is no functional cancer registry to collect cancer data in my country.

I have been involved in cancer care since December 2015, and the challenges of treating people with cancer in Haiti are numerous. There is a lack of trained cancer care professionals and material resources, a lack of availability of basic cancer drugs, and no availability of radiation therapy or modern types of systemic therapies, such as immunotherapy or targeted therapy. The Haitian Ministry of Health prioritizes treating infectious diseases and other non-transmissible diseases, such as hypertension or diabetes, as opposed to cancer.

In Haiti, there is no fellowship in oncology, so oncologists are scarce. Practicing oncology in Haiti also requires oncologists to be a physician as well as provide the services of an educator, a social worker, and a psychologist. I need to wear all these hats, so I can properly explain to my patients what cancer is. Advocacy is another important part of my job as an oncologist so I can explain to the local stakeholders that cancer care needs to be improved in Haiti.

The burden of cancer in Haiti is difficult to evaluate nationally because there is no cancer registry collecting this data. Among adults, cancer seems to affect more women than men, with breast cancer and cervical cancer being the most common types diagnosed. However, vaccination against human papillomavirus (HPV), the virus that can cause cervical cancer, is still not available in Haiti.

Prostate cancer is reported as the most common type of cancer in men, but these cases are mainly managed by urologists, which are doctors who specialize in diagnosing and treating diseases of the urinary tract. People with prostate cancer are only sent to an oncology center when their cancer is metastatic, meaning it has spread to another part of the body. Gastrointestinal cancers (mainly colorectal cancer and stomach cancer), head and neck cancer, lymphomas, and sarcomas are the other common types of cancer in Haiti, and they are more or less diagnosed equally between the genders.

Cancer is perceived by most Haitians, including both the general population and health care workers, as a death sentence. This is mainly due to the lack of awareness and especially the lack of specialists in cancer care. Some people with cancer rely primarily on natural or traditional “treatment” rather than on conventional treatment. Others believe that praying and fasting will heal them. Misdiagnosis by general physicians is common, and when cancer is diagnosed, physicians most often say that there is not much that can be done. As a consequence, people with cancer in Haiti are mostly diagnosed at an advanced stage of the disease. Because of this, cancer survival is low in Haiti compared to other countries.

I mainly practice in Port-au-Prince, Haiti’s capital, which is where most people with cancer from other cities have to come for cancer treatment. Cancer care in private practice is not accessible for the majority of the population. Very few people have health insurance (around 5% of the population), which itself does not cover all of the expenses of cancer care. Advanced imaging is either poorly available, such as computed tomography (CT) scans or magnetic resonance imaging (MRI), or is not available at all, such as positron emission tomography (PET-CT) scans. People with cancer have to pay for their own health expenses out of pocket, which is difficult for most people. This leads to people with cancer stopping treatment or not starting it at all.

Furthermore, for the last 3 years, the unstable political and social situation of Haiti has had a big impact on the survival of people with cancer. Those who come from the countryside or other cities for treatment have been unable to come on time because of roadblocks, insecurity, or strikes.

Where patients can find local resources and support in Haiti

There are very few institutions involved in cancer care in Haiti. Most of them are non-governmental organizations or private institutions. The main ones are: