How I Coped With My Own Cancer Diagnoses As an Oncologist 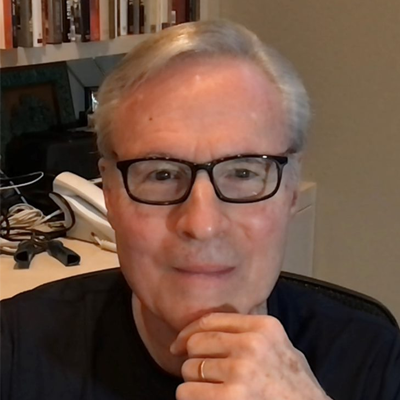 Arthur D. Hamberger, MD, FACR, received his medical degree from the Albert Einstein College of Medicine in the Bronx, New York. He completed a residency in internal medicine at Einstein at the Bronx Municipal Hospital Center and received fellowship training in radiation oncology at the MD Anderson Cancer Center in Houston, Texas. Dr. Hamberger was a tenured professor and director of the Radiotherapy Training Program at MD Anderson before leaving to become the medical director of radiotherapy for the Memorial Hermann Healthcare System in Houston.

When I reflect on my 47-year career as a radiation oncologist, the first thing that comes to mind is my patients. While each patient’s story was different, they all shared something in common: their admirable courage and resilience in the face of adversity. Perhaps their stories resonate with me because I am someone who also faced cancer, both early and now later in life, and I have survived cancer 5 times. Cancer puts things into perspective.

Growing up in the New York City housing projects, I dreamed of becoming a physician one day, but I never thought about specifically providing care to people with cancer. After graduating from medical school, I completed an internship and residency program in internal medicine. This is the moment when an unexpected life event would change the direction of my career—and life.

How my first cancer diagnosis led me to becoming an oncologist

I was diagnosed with testicular cancer near the end of my first year of residency. At the time, I was 25 years old with a young wife and a 5-month-old daughter. I was faced with a scary diagnosis, an immediate surgery, and then 4 weeks of postoperative radiation therapy. While receiving treatment, I became interested in radiation therapy and decided to shift gears in my career and become a radiation oncologist. After gaining board certification in internal medicine, I then began a 3-year fellowship program at MD Anderson Cancer Center in Houston, Texas.

Never in a million years would I have thought my family would end up becoming proud Texans. My wife and I moved to Houston with our 18-month-old daughter in June 1972. My second daughter was born in Houston 2 years later, making her a native Texan. Originally, I thought we would spend 3 years in Houston and then return to New York after I completed my fellowship. But, tragically, my mother died of complications from cancer surgery 3 months before I received my first cancer diagnosis, and my father died of a heart attack 5 months after we moved to Houston. Having no family obligations to draw us back to New York, we decided to remain in Houston, and I accepted a staff position at MD Anderson.

I worked at MD Anderson until 1982 as a tenured professor of radiation oncology and director of the radiotherapy training program until I was recruited to direct a new radiotherapy department at Memorial City General Hospital in Houston. As hard as it was to leave MD Anderson, I looked forward to the challenge of running my own department.

As I prepared for retirement, I spent 3 years working part-time. During that time, I was diagnosed with prostate cancer. It had been 46 years since my first cancer diagnosis.

Because my uncle and my brother were diagnosed with prostate cancer, I decided to have a prostate-specific antigen (PSA) test beyond the age of 70, which is the age at which routine screening is no longer recommended. The test came back minimally elevated. I then took a Prostate Health Index test that indicated a 10% likelihood I had a serious cancer, and I chose to proceed with receive further testing. While my magnetic resonance imaging (MRI) scan showed only 1 suspicious area on my prostate, my biopsies revealed there were actually 3 areas involved. Having previously received radiation therapy for testicular cancer, I wanted to avoid having radiation therapy a second time because of the high risk of injury if the same area was treated with radiation again. I elected to have a robotic prostatectomy to remove my prostate in March 2017.

I made an excellent recovery from the prostatectomy. But while the tests on my lymph nodes came back negative for prostate cancer, they looked abnormal under the microscope. It was determined that I had a type of lymphoma identical to chronic lymphocytic leukemia (CLL) that wouldn’t have been detected if I hadn’t had prostate surgery. Doctors determined that my lymphoma did not require treatment at that time, just close monitoring.

Then, just before Thanksgiving in 2018, I noticed the faintest tinge of blood in my urine. A computed tomography (CT) scan revealed a bladder tumor. Surgery successfully removed the cancer, but the CT scan had also uncovered a mass in my pancreas. A biopsy showed it was pancreatic cancer. It was my fourth cancer in less than 2 years. I had robotic surgery to remove half of my pancreas and my spleen. After surgery, I received chemotherapy for 6 months.

I tolerated treatment well, and I continued to have routine follow-ups for all of my cancers until a CT scan in August 2021 showed a small tumor in my right kidney, which in retrospect had been there for a few years. There is a 60% chance it could be cancer. Thankfully, the tumor hasn’t grown further, so it’s being monitored for now.

My cancer journey has led me to find my calling: helping other people with cancer cope with their diagnosis and the side effects of treatment by finding ways to stay strong and keep a positive attitude. I now volunteer for CanCare and Memorial Hermann Greater Heights where I talk 1-on-1 with people with cancer—not as a physician, but as a cancer survivor—to let them know they are not alone. I also speak with patients at the request of friends and family.

My advice for coping with a cancer diagnosis

Knowing what to expect and finding ways to cope with the stress, anxiety, and uncertainty that come with a cancer diagnosis is an important step in the cancer journey. As a physician, I felt that I had a great advantage in understanding and dealing with my diagnoses and treatments. My advice to other people with cancer who may not have this same advantage is:

After surviving multiple cancers, I am beyond grateful to continue to celebrate life with Ella, my wife of 53 years, who to my good fortune has been by my side every step of the way. Together, we love to travel, enjoy the theater and the arts, and spend time with our daughters and grandchildren.