Can Fertility Drugs or IVF Increase My Risk for Cancer? 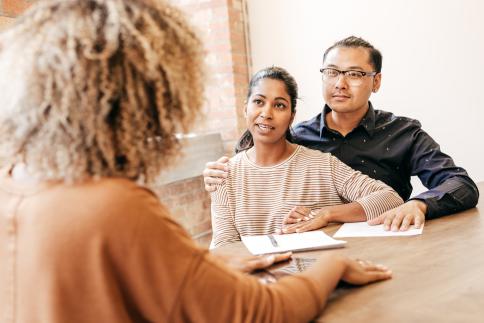 For people who are having difficulty becoming pregnant, they may consider fertility treatments to help. Fertility drugs are a type of treatment that work by stimulating ovulation. These drugs can be used alone or alongside other fertility treatments, such as in vitro fertilization (IVF). During IVF, an egg and a sperm are fertilized in a laboratory and then transferred to the uterus. Fertility drugs help the ovaries make and mature eggs, as well as release them at the right time.

Fertility drugs are hormones or can make a person’s natural hormones work better. Because some types of cancer are stimulated by hormones, some people may wonder whether fertility treatment could affect their risk for certain cancers. Here’s what to know.

Can taking fertility drugs increase my risk for cancer?

It’s understandable why some people have concerns about fertility drugs increasing their cancer risk. Fertility drugs contain hormones that change the level of hormones inside your body, including estrogen. They can cause multiple ovulations during a single menstrual cycle, and a longer lifetime of ovulations has sometimes been shown to increase the risk for ovarian cancer. Additionally, since some cancers rely on the hormone estrogen to grow, including some types of breast cancer, ovarian cancer, and uterine cancer, some people worry that fertility drugs containing estrogen could increase the risk of developing these cancers.

Understanding whether there is a cancer risk associated with fertility treatments is especially important as the use of these treatments becomes more common, with approximately 1 million IVF cycles reported per year around the world, according to a 2016 guideline from the American Society for Reproductive Medicine (ASRM).

However, people considering fertility drugs or IVF should know that the current research does not show a link between fertility drugs and an increased cancer risk. According to the above guidelines from ASRM:

The ASRM guidelines were developed based on the available research, though the authors of the ASRM guideline acknowledge that existing data is limited by small samples of people with these cancers, varied treatment regimens, and short follow-up times. For example, a 2013 study of more than 87,000 women in Israel found no significant relationships between IVF treatments and breast, ovarian, or uterine cancer. Women who had 4 or more cycles of IVF did have a higher risk for ovarian cancer, although that risk was not significant, perhaps due to the small number of women in the study with ovarian cancer.

A 2009 study in the British Medical Journal of more than 54,000 Danish women found no increased risk for ovarian cancer among women who took fertility drugs. That same study also evaluated the risks of specific drugs, finding no significantly different risks among them.

More than 30 studies have also examined whether fertility drugs affect the risk of breast cancer, finding no significant increase of breast cancer risk or decrease in risk following infertility treatment, as compared to women who did not have treatment or the general population, according to the ASRM guideline.

And, a 2013 study in Human Reproduction of more than 12,000 women found no increase in uterine cancer risk in women who had used fertility drugs. The authors caution, however, that long-term and follow-up studies should continue, as uterine cancer most often develops in later age.

It is important to note that women who take fertility drugs may have a higher baseline risk for cancer than other women. This is because underlying health conditions that may cause or contribute to infertility, such as endometriosis (when the tissue that normally lines the uterus grows outside the uterus) or anovulation (when the egg does not release from the ovary during a menstrual cycle), can themselves increase the risk for cancer.

Overall, the possible association between fertility drugs and cancer risk remains an ongoing area of study.

“Fertility treatments allow people who have infertility the ability to have children and create a family. Increased risk for cancer development due to fertility treatments has not been proven. Treatment decisions should be discussed with your physician prior to starting treatment." -- Ebony R. Hoskins, MD, a board-certified gynecologic oncologist at MedStar Washington Hospital Center and an advisory panelist on the 2022 Cancer.Net Editorial Board

Are fertility drugs safe for women who are at risk for cancer and those who have cancer?

Women who have a genetic risk for cancer, such as those with an inherited BRCA mutation, do not have an increased risk for ovarian cancer after fertility treatments, according to a 2015 study and 2016 study, both published in Fertility and Sterility.

Some female patients who have cancer and are taking fertility treatments, which can raise estrogen and other hormone levels, may also take drugs to block or keep estrogen at a very specific level. “They shouldn’t be concerned to have [fertility] treatment even if they have cancer at the time,” says Mitchell Rosen, MD, a reproductive endocrinologist at the University of California San Francisco Center for Reproductive Health. However, it is still important for patients to talk with their health care team about their personal risk before starting fertility treatments.

If you have cancer and are worried your treatment might affect your ability to become pregnant, talk with your health care team about visiting a fertility specialist to explore your options.

Remember that whenever you are starting a new treatment, it is important to ask about the side effects and potential long-term risks of taking the treatment. Your health care team can help you in making the decision that is best for you based on your personal health and goals.