Navigating Life During and After Cancer As a Young Adult: A Patient Perspective 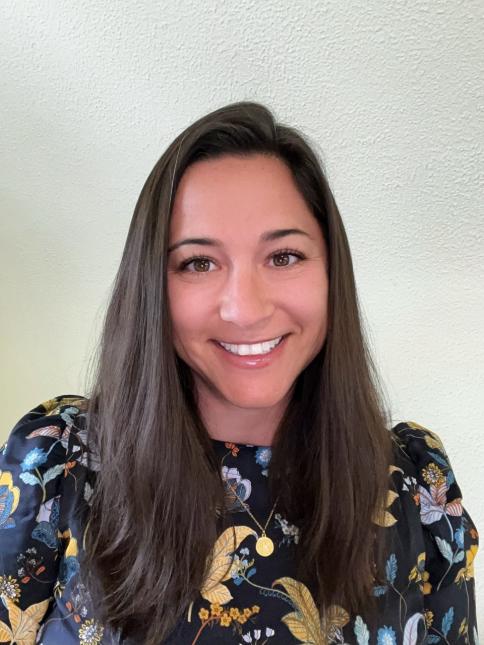 Rachel Orgel, EdD, MEd, is a cancer survivor and proud 3-time University of Florida Gator, holding a Bachelor of Arts in education, Master of Education in special education, and Doctor of Education in curriculum and instruction. Dr. Orgel has been dedicated to inclusion, equity, and advocating for marginalized peoples’ rights throughout her career. Her first book, But Is It the Bad Kind?, uses a child-friendly analogy to tackle the complex issue of living with cancer.

People are often surprised to hear that I am a pancreatic cancer survivor. In my life, I have fought the disease 4 times, beginning when I was 13 and a month away from finishing middle school. I had always been a smaller kid, so when I felt a lump in my abdomen, it stood out. As part of a military family, we were stationed in Okinawa, Japan, and within 48 hours of discovering the lump, I was on a medevac flight with my mom to Hawaii. My dad, who was attending a military conference stateside, flew west to meet us there.

When it was discovered that I had a type of rare pancreatic tumor, my doctors asked if I would be a part of their grand rounds before my surgery so they could present my case to other doctors. Sometimes, my family has a bit of a twisted sense of humor. When things are frightening or stressful, we can usually find a way to make a joke. So, as I sat on the stage in a packed auditorium while my doctor presented my case to other staff, I was prepared. When he finished presenting, he invited the audience to come up and physically examine my abdomen with the grapefruit-sized tumor. As they lined up, I pulled out my dad’s baseball cap with a sign that read, “Pokes, Probes, and Cheap Feels - 25¢.” That move created a room full of chuckles, a lightened mood, and enough money for treats from the gift shop. There were a lot of moments like this throughout my cancer journey that kept my family sane.

“Adolescent and young adult (AYA) patients are more likely to have unusual variants of pancreatic cancer that may be treated differently and have different prognoses compared to the types commonly found in older individuals, so establishing the exact correct diagnosis is critical. A multidisciplinary care team must be able to address the unique challenges that AYA patients with pancreatic, or really any, cancer face, including their emotional, psychosocial, sexual, and financial health and well-being.” – Andrew H. Ko, MD, FASCO, Professor of Medicine at the University of California San Francisco (UCSF) Comprehensive Cancer Center, Interim Chief of the Division of Hematology/Oncology at UCSF, and a 2022 Cancer.Net Specialty Editor for Gastrointestinal Cancers

When I first received my diagnosis, my oncologist told me that I was lucky. If I was going to have any kind of tumor, he said this was a “good one” to have because fewer than 1% of people with this type of tumor experienced a recurrence. Because my original tumor had been completely asymptomatic, I was monitored after my initial surgery with regular computed tomography (CT) scans. Eventually, my scans showed more tumors had emerged.

The first time the cancer came back was probably the hardest mentally. Although my tumors were rare, they were known to be more prevalent in adolescent females. I remember being disappointed that we were going through the same experience again. However, I was happy that it was me rather than a new young person—at least I knew what to expect and didn't have a fear of the unknown.

While my family maintained a positive attitude and continued to make our jokes, we were simultaneously always waiting for the other shoe to drop. Cancer doesn’t stick to a strict schedule, so I missed a lot of school days. There was even a moment when I did not know if I would be able to graduate on time with my high school class. I stayed after school each day to make up any essential assignments and tests. I vividly remember one teacher who was utterly dismissive of the emotional toll I had been through and my goals to stay on track, but most of my teachers were incredibly supportive.

Thankfully, I was able to graduate high school on time, and I was ecstatic to start studying special education at the University of Florida. I saw it as my chance to embody the supportive teachers I had in high school and find my way to give back. But then my tumors returned again during college. My parents had moved back to the East Coast of the United States, so this time, I was treated at a hospital in Maryland near where they lived.

My third surgery was quite different than the first 2. I developed an abscess that was unresponsive to treatments, which meant my stay in the hospital was much longer since my body couldn’t heal. Almost 4 months later, my team of doctors decided that the abscess needed to be surgically removed. At the same time, my oncologist had a new idea. After each of my previous surgeries, samples had been sent to the major research hospitals, which eventually led to the theory that my pancreas was essentially a breeding ground for tumors. So, just before the new year, my surgeons removed the abscess and performed a distal pancreatectomy, meaning they removed most of my pancreas. The biopsy showed the margin left behind was clean and cancer-free, while the removed portion was full of microscopic tumors. Their theory was correct, and since that surgery, I have not had another recurrence.

“Prior research indicates that for many AYAs, the fear of recurrence is a prevalent symptom burden, and if left unaddressed, may cause significant distress impacting quality of life. Listen to your emotions. Give a voice to your fears. Talk to your oncology team. Information is key to addressing the fear of recurrence. Psychosocial support may also help you gain the necessary tools to proactively target these fears and aid in overall coping.” – Fay J. Hlubocky, PhD, MA, licensed clinical health psychologist and healthcare ethicist at the University of Chicago Medicine and the 2022 Cancer.Net Associate Editor for Psychosocial Oncology

Having had so many surgeries, I am left with a few health complications. My spleen was removed during my initial surgery, so I have a slightly compromised immune system. A few years ago, I was also diagnosed with prediabetes. But the most stressful moment of life after cancer came a year after my last surgery.

Before the era of the Affordable Care Act, children with a parent in the military could keep health insurance coverage through the military until the age of 22 if they attended college. This meant that I would lose all health insurance coverage at 22. With the help of my doctors, my family was able to appeal to keep my insurance for another 18 months until I finished school. At the time, we heavily relied on my doctors to write letters of support to the appeal committee, the hospital's insurance department for information, and fellow patients for support. We kept asking questions, documented who said what, and followed up. While I was able to keep my insurance, unlike traditional military health coverage, my parents were now required to pay a hefty premium along with 20% of all medical expenses. While that was significant to my family, the worst part was that I had to find all new doctors, as I was not allowed to be treated on base.

While going through the appeals process, I learned that a law had previously been passed to protect people with preexisting conditions who purchased insurance through their employer. This meant that immediately after graduation, I needed to find a job. Fortunately, I was hired as a teacher and have worked full-time ever since. But even with updated laws, I still have a lot of anxiety about health insurance coverage to this day.

The first 13 years of my life were relatively typical. Then, the following 8 years were spent in and out of hospitals. After another 8 years, my oncologist declared that I had been tumor-free long enough to be considered “cured.” At that point, cancer had been a part of my identity for more than half of my life. It took many more years to discover who I was without that label. I fluctuated between wearing my survival as a badge of honor and wanting to move completely past it. This December marks 20 years of my being cancer-free, and I am finally comfortable with this discord; I’ve learned that both stances are equally essential to my journey.

For others living with and beyond cancer, I recommend taking control wherever you can. During treatment, a lot is done to you. Questioning, rather than automatically accepting, the word of my health care team allowed me to shift that balance of power. After cancer, I controlled what I shared and with whom. But recently, I have done much more public sharing about my experiences. I have found that using my experiences to encourage others has allowed me to shift the narrative. Publishing a book and writing this blog, for example, are choices that work for me. Others may benefit from moving on and closing that door. The point is that we all need to do what feels right in the current moment.