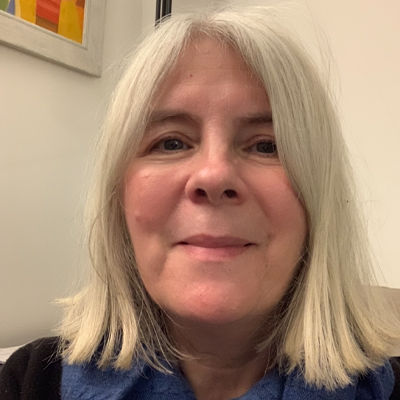 Cordelia Galgut, PhD, is a British registered counseling psychologist. She lives and works in private practice in London, England. Dr. Galgut has written 3 books on the psychological impact of cancer, the latest of which is called, “Living with The Long-Term Effects of Cancer.” She is passionate about highlighting the mismatch between what people think having cancer is like and what the actual reality is. You can follow Dr. Galgut on Twitter.

The fear—or more realistically, the dread—of cancer recurrence and/or progression is an almost universally experienced long-term effect for people who have been diagnosed with and treated for cancer. It is often deemed to be a fear that should be a short-term one—one that people diagnosed with cancer should get over after a year or so. I have always been bemused by that perspective because, to me, it is obvious that since cancer can and does recur, anyone who has experienced a diagnosis will naturally fear its return or progression.

As a psychologist who was diagnosed twice with breast cancer in 2004, it wasn’t until I experienced the horror of the diagnoses, surgery, and further treatments for myself that I started to properly understand what having cancer is all about. And today, nearly 2 decades later, I still have never recovered or “moved on,” as many thought I was supposed to, either physically or emotionally.

Living with the fear of cancer recurrence

It’s hard to describe how pernicious a thing the fear of cancer recurrence is. As of today, I haven’t experienced a recurrence, and I hope I never do. My heart goes out to anyone who has. But even without having had a recurrence, I still experience varying degrees of agony living each day wondering if every little niggle or lump is the cancer coming back. There is always a nervous dread in the pit of my stomach whenever a new symptom occurs.

Cancer treatments also often cause long-term effects that produce their own horrors, including heart, lung, liver, and digestive system issues. Each time something changes, I fear more cancer, and no amount of rationalizing is going to help with that whilst the possibility is there and very real. And why wouldn’t we survivors fear something that could return or get worse at any point, and perhaps even kill us?

I have often had messages over the years from people in desperate states because of others’ lack of understanding and acceptance of their fears of cancer recurrence and/or progression. But after recently receiving a burst of messages from several people suffering in this way, I decided to do a survey on the fear of recurrence.

I created an online questionnaire, and 183 people who had received a cancer diagnosis sent back their answers within 9 days. The results highlighted several interesting issues. First, when asked how scared they are of recurrence and/or progression, 1 equaling “Not scared at all” and 4 equaling “Very scared,” 54.1% of people said they were “Very scared,” and another 33.9% said they were “Scared.” Combined, this means that 88% of people were either very scared or scared of cancer recurrence and/or progression.

Though my sample is not huge and obviously a large study would be good, I think it is a reliable enough indicator that many survivors struggle with the fear of recurrence, even years after their diagnosis.

Why is the fear of cancer recurrence so misunderstood?

Many people who have not experienced cancer think the fear of recurrence goes away a year or so after diagnosis. The reason for this misunderstanding is probably a mixture of conditioned societal attitudes dictating that showing deep emotion is unacceptable and intolerable. Additionally, many in society think the impact of extreme trauma should resolve itself quite fast, and there is something wrong with the person experiencing it if it doesn’t. It can also be hard for those who have not gone through cancer themselves to witness our suffering; survivors are often expected to count our blessings and stay silent.

Furthermore, many people genuinely don’t understand that the effects of cancer treatment can persist, often for a really long time. For many people with cancer, you don’t just get diagnosed, have an operation, and that’s it. Many patients have years of treatment ahead of them, even with a good prognosis, to try and keep the cancer at bay. I, for example, had 4 years of adjuvant chemotherapy after a year of my initial treatments. For other people with cancer, a decade of treatment is normal. So how can most survivors forget their diagnosis, move on, and get over cancer in the way our society thinks we are supposed to?

I always say, when people ask me why I am still so scared of a cancer recurrence, that I don’t think I could bear more treatment. And when I go for my annual scan, it is extra terrifying because I really feel like I am a lamb going to slaughter. It could be a death sentence for me. People often label this “scanxiety.” However, for me, this term doesn’t do the terror I feel justice, because my lived reality is being muted by calling it anxiety, as is so often the case when coping with cancer’s aftermath. My survey results back up this extreme fear of more treatment and its effects. In answer to the question, “Apart from fear of death, what other reasons make you afraid of recurrence?,” the majority of respondents chose long-term effects, with short-term effects not far behind.

How to cope with the fear of cancer recurrence

If you are dealing with the fear of recurrence and/or progression, a good coping strategy might be to remind yourself that just because others don’t understand how pervasive your fears are does not mean those fears are not real and justified. You know even from seeing my survey results that you are not alone in how you feel. Alternatively, you could:

Additionally, if you are a family member or friend of someone struggling with the fear of cancer recurrence, you can support them by: