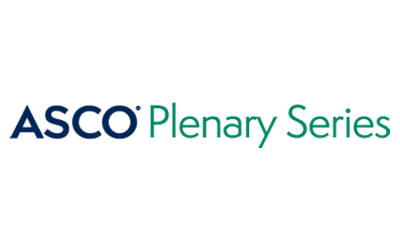 The January 2023 session in the ASCO Plenary Series features this study:

Who does this study affect: People with advanced GIST who cannot continue taking imatinib (Gleevec).

What did this study find: A GIST is a specific type of tumor that forms in the gastrointestinal tract, which is the body’s system for digesting food. GISTs are part of a group of cancers called sarcomas, which begin in tissues that support and connect the body. There were an estimated 4,000 to 6,000 people diagnosed with a GIST in the United States in 2022.

The targeted therapy drug imatinib is often the first drug used to treat people with GIST, also called first-line treatment. But for people with advanced GIST whose tumor has not been stopped by imatinib or who cannot continue taking the drug, often because of side effects, different treatment is needed. When this is the case, it is called second-line treatment. The current second-line standard of care treatment for advanced GIST is sunitinib (Sutent), which is a drug that targets the KIT gene and stops blood vessel growth in tumors. If sunitinib no longer works to treat the GIST, then other targeted therapies, including ripretinib (Qinlock), may be used.

The phase III INTRIGUE clinical trial was an international study designed to test whether ripretinib was more effective at treating advanced GISTs than sunitinib after imatinib could no longer be used. As discussed in an ASCO Plenary Series session from 2022, this study’s original analysis found that ripretinib was found to have similar effectiveness as sunitinib as a second-line treatment for GIST.

In this new, additional analysis from the same clinical trial, the researchers used a blood test to detect fragments of tumor DNA in the body, called circulating tumor DNA or ctDNA. They then analyzed the ctDNA for specific mutations in the KIT gene. This kind of test is sometimes referred to as a liquid biopsy. The researchers wanted to know if ripretinib or sunitinib worked better depending on the specific type of KIT mutation found in the tumor and examined in tumor DNA shed into the blood.

What does this mean for patients: For people with advanced GIST that is no longer effectively treated with imatinib, using a blood test to detect ctDNA may be useful for choosing which second-line targeted treatment may provide the best results.

“This non-invasive blood test may be a highly meaningful tool to select the most effective drug in patients with GIST who progressed while receiving the first-line treatment with imatinib. Our analysis shows that patients with concurrent mutations in KIT exons 11 + 17/18 in the absence of other mutations showed even better overall survival when treated with ripretinib compared to those treated with sunitinib. We plan to validate these data in a new, pivotal phase 3 study. Apart from that, the magnitude of this difference suggests plasma testing to become part of routine care for patients with GIST in the future.”