Twenty Years After a Diagnosis … and Counting 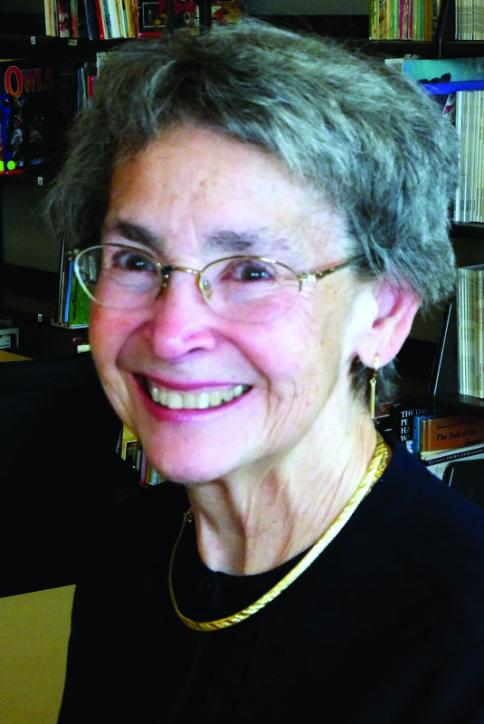 Margaret G. Werts, PhD, is a Professor in the Department of Reading Education and Special Education at Appalachian State University in Boone, North Carolina. This article was originally published in The ASCO Post, February 25, 2015, Volume 6, Issue 3.

In 1995, I was diagnosed with advanced colorectal cancer and given little chance to live. The dire diagnosis came years after being assured by several physicians that the problem I was having with rectal bleeding and anemia was nothing more than the result of an internal hemorrhoid. Busy raising two teenage boys, running a household, and holding down a full-time job, I went about my daily activities undeterred until the bleeding became more than I could ignore.

Determined to get the issue resolved, I made an appointment with another primary care physician who referred me to a colorectal surgeon. After performing a sigmoidoscopy exam, the doctor told me that the mass was not a hemorrhoid and that I would need further tests, including a colonoscopy, before an accurate diagnosis could be made. Although he was somewhat evasive when I asked if it could be serious, I could tell by his demeanor that my problem fell into the “it may be something more serious” category.

And it was. A physical exam and a biopsy of the tumor showed that I had a large colorectal cancer that was fixed anteriorly to my uterus. When I told my husband, Day Werts, PhD, a radiation biologist in a radiation oncology department, about my diagnosis, he just stared and shook his head. He knew what was waiting for me and that my prognosis was not good. Determined to beat this cancer, I told him, “Don’t put nails in my coffin yet.”

I underwent a regimen of preoperative fluorouracil (5-FU) and leucovorin chemotherapy, followed by pelvic radiation, abdominoperineal resection with a colostomy, followed by more of the same chemotherapy. The treatment was grueling; however, I somehow managed to take care of my children, continue to work, and attend university classes for my doctoral degree.

My husband later told me that my chance of surviving this cancer was extremely low. Miraculously, the treatment was successful, and I was declared cancer-free. I finished my doctorate, got a wonderful new job in preparing special education teachers, and began a new phase in my life.

Then, in 2003, eight years after my original diagnosis, the cancer recurred in my left lung and liver.

One surgeon advised me there was nothing he could do. I was to go home and get my life in order. Yet, we persisted, and I had surgery to remove the lower lobe of my left lung and to install a chemotherapy pump in my abdomen for hepatic arterial infusion. This would send the drug (fluorodeoxyuridine) directly to my liver, alternating with capecitabine (Xeloda) and oxaliplatin (FOLFOX) chemotherapy for the systemic disease. Once again, the treatment was successful, and I remained stable with no apparent disease and returned to work. But three years later, in 2006, the cancer returned with a vengeance, this time surfacing in both lungs.

More grueling chemotherapy followed, including 12 cycles of 5-FU infusion and irinotecan (FOLFIRI) combined with 10 cycles of bevacizumab (Avastin). It lasted over a year and left me bald and unable to read, think clearly, or perform any of my routine activities. Somehow, I managed to get through the emotional and physical trauma of another cancer recurrence and treatment and eventually was able to return to my life and work, again with no evidence of disease.

However, this respite from cancer lasted a short time, just 18 months, before it recurred in my right lung, requiring wedge resection to remove the nodule. This was followed by nine cycles of additional chemotherapy, which included a biologic agent, cetuximab (Erbitux), along with irinotecan and capecitabine. As the side effects built, my oncologist asked repeatedly how I felt about continuing treatments, and although I asked him to “Give me everything to rid me of this cancer,” I almost had more than I could take. The treatment regimen put me back into a nonfunctional mode, and I spent most of my time sleeping, unable to work, and barely able to leave the house for more than a few minutes at a time.

Currently, I continue working full time and am on a maintenance regimen of cetuximab, which I receive every two weeks. And while the treatment has so far kept my colorectal cancer from recurring, in 2012, I was diagnosed with early-stage invasive ductal carcinoma in my right breast. I had a lumpectomy followed by partial breast radiation therapy and continuing doses of anastrozole. Compared to my previous cancer experiences, this latest one has presented only a small bump in the road to getting my life back.

Having a voice in treatment decisions

Today, my life has returned to normal, or at least what has become normal for me. I am often asked about the changes my family and I have gone through as a result of my cancer and its aftermath. All I can say is we all have gone through hard times and the experience has changed us.

My husband has learned to cook because the smells of cooking dinner were nauseating to me. My children learned to run errands. But most of all, we learned to appreciate the small moments and to resist complaining.

Perhaps the biggest change for me is a permanent sense that I have little control over many things.

Throughout my numerous treatments, I told myself that I was in charge. I could choose when to start and stop the therapies. My doctors encouraged me to report any side effects I was experiencing to my medical team. But even though I was part of the decision-making process, I was dependent on my medical team to determine the best treatment plan for me. Oftentimes, I felt frustrated because of all that was happening. I learned to use my voice to express my needs but not to insist on my “way.”

We all have different levels of tolerance for pain and the reduced quality of life a diagnosis of advanced cancer often brings. It is so important for survivors to communicate their concerns to their loved ones and members of their medical team.

Voicing our concerns gives us power and provides the medical team with vital information about the type of care we want and what we are willing to endure. Our voice gives us back our sense of control.