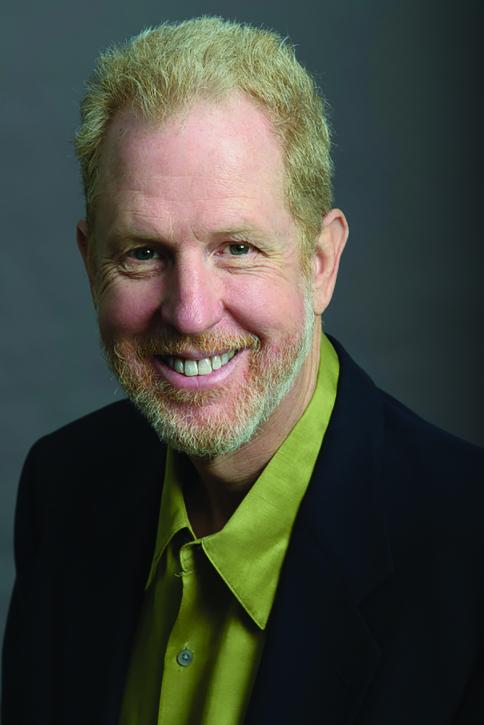 No one ever expects to hear the words “you have cancer,” but over the course of the day, over 5,000 people in the United States are given that news. I first heard those words in the summer of 2007 and have been living with cancer ever since. At the time of my diagnosis, I knew this would forever change my life and my family’s life, but it has done so in ways I could hardly have imagined. Little did I know that my life would be transformed into two of Dr. Seuss’ books—Did I Ever Tell You How Lucky You Are? and Oh, The Places You’ll Go. Let me explain.

How lucky I am

My first stroke of luck came with my diagnosis—pancreatic neuroendocrine tumor. That part is not lucky, but the fact that my internal medicine physician picked it up as part of my annual physical exam is. Those with neuroendocrine tumors routinely go 5 to 10 years with symptoms being misdiagnosed before finally getting a correct diagnosis. Most of those who are misdiagnosed are told they have other diseases such as Crohn’s or celiac, are going through menopause, or are just plain crazy. I was lucky and had a physician who picked up something and followed through with it, even though her patient had no symptoms and no abnormal blood markers.

My luck continued in that I live in the San Francisco Bay area, where I had access to not one but two medical centers (University of California, San Francisco [UCSF] and Stanford), with specialists dedicated to neuroendocrine tumors. It would not be until much later that I learned that even though the incidence of neuroendocrine tumors makes it a rare disease, the prevalence of these tumors makes it the second most common gastrointestinal cancer after colon cancer in the United States. Even with over 100,000 patients living with neuroendocrine tumors, only a handful of medical centers have oncologists dedicated to the care of these patients.

At the time of my diagnosis, there were no approved drugs or treatments for those without symptoms who have unresectable primary and innumerable liver metastases. Given that I was stable and the disease was not yet progressing, my UCSF oncologist suggested a “wait and see” approach to my care, and if I was interested, I could see an integrative oncologist at UCSF. “Wait and see” is challenging to most patients and their families who are newly diagnosed with cancer, as they are bombarded by messaging from the popular press that if they are not fighting cancer, they have given up on their lives.

My meeting with the integrative oncologist was more about taking care of me as a whole person than taking care of just my cancer. My cancer care was in the hands of my oncologist, whereas supportive care, from nutrition to my level of stress, was in his hands. “Wait and see” turned into “wait and learn.” At the time, I did not fully appreciate how lucky I was to live in an area with an excellent supportive care infrastructure.

One of the biggest challenges for those with rare cancers is finding support and others willing to share their experiences. Although more and more patients turn to the Internet to find information and support, seeing and interacting face to face with others who are going through what you are experiencing is much more satisfying.

In another stroke of luck, soon after my diagnosis, a local support group was forming and holding its first meeting at the Cancer Support Center in Walnut Creek, California. For the first time in over six months since my diagnosis, I was meeting face-to-face and sharing information with others who were going through what I was facing.

The NorCal CarciNET Community (my local neuroendocrine tumor support community) emphasized learning as much as you can about the disease, from clinical trials to clinical guidelines. The community encourages its members to attend national and international patient meetings on neuroendocrine tumors and to bring back information to benefit the entire community. With the group’s encouragement and eight other NorCal CarciNET Community members traveling together, I attended my first patient conference, hosted by the Canadian Neuroendocrine Tumor Society in Toronto, Canada, in October 2008.

The places I have gone

Little did I know that this first trip to Toronto would be the start of a global experience for me. On the third day of the conference, I listened to a lecture by the director of nuclear medicine in Bad Berka, Germany, about a gallium-68 (68Ga) positron-emission tomography/computed tomography (PET/CT) scan that is routinely used to track progression of my disease in Europe but was not yet available in the United States. Following the lecture, I asked about the availability of the scan for those visiting from the United States and was told I could arrange an appointment in a matter of weeks.

I travelled to Germany in December 2008 and had a 68Ga PET/CT scan. The scan did not change the management of my disease, but it gave me more information about future treatment options should my condition change. Six months after my first scan, my condition worsened, and without too many options available in the United States, I returned to Germany in May 2009 for my first of what would be three rounds of peptide receptor radionuclide therapy.

Improved health gave me the ability to give back to the communities that had helped me in my journey. In 2009, I joined the board of NorCal CarciNet Community. I also reached out to those physicians who helped me to see how I could support them and their patients. In 2009, I was nominated to the board of the Society for Integrative Oncology (SIO) and soon thereafter was asked to join its executive board for four years. The SIO works to advance evidence-based, comprehensive, integrative health care, improving the lives of people affected by cancer.

In 2011, I was asked to attend the First Theranostics World Congress in Bad Berka, Germany, as a patient advocate. Attended by over 400 medical professionals and a few patients, this conference was the start of my association with those in the nuclear medicine and molecular imaging field. Shortly after that meeting, I became a member of the Patient Advisory Board of the Society of Nuclear Medicine and Molecular Imaging (SNMMI), and in 2013, I was elected the first chair of this group.

My work in advocacy in the patient community has led to meetings and speaking invitations from patient groups and medical societies around the world. In the past four years, I have spoken at conferences in England, Austria, Mexico, India, Singapore, and the Philippines as well as countless conferences in the United States.

The places I have visited have given me a clearer perspective of just how many people are working toward bringing better diagnostics and therapies to those with rare cancers. As a cancer patient, you see your oncologist and a few specialists and perhaps read a few papers and recognize some of the key authors. We tend to think only a few specialists are following our disease and that not much progress is being made, but there is a bigger picture to appreciate.

All of the places I have been have [also] shown me just how lucky I am. Most of those facing a rare cancer diagnosis are not as lucky. My goal in working with the patient and medical communities is to ensure that the next person diagnosed with a rare cancer does not need to live in a Dr. Seuss world of luck and travel to get the best outcome.

The NorCal CarciNET Community and other groups across the country continue to raise awareness about the symptoms and signs of neuroendocrine tumors. Our goal is to reduce time to diagnosis so those who are suffering can be identified and helped much sooner by medical professionals who understand these rare tumors.