Sex in the Face of Metastatic Disease 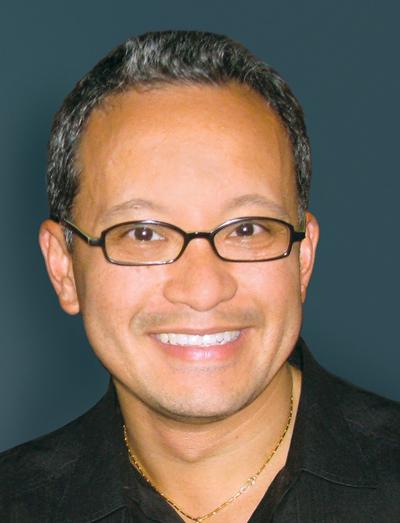 Significant psychological distress often accompanies the first diagnosis of cancer, but for most patients, I find the distress fades as the cancer gets treated and ultimately becomes a part of their past. Life resumes a new normalcy, interrupted only by clinical visits for surveillance and, perhaps, the management of ongoing sequelae related to therapy.

For others, though, cancer does not leave them—it persists, recurs, and/or becomes metastatic. I have found that for those living with metastatic disease, life becomes intensely medicalized—appointments to be made, tests to be performed, treatments to be administered. With the focus on treatment—both its effectiveness and toxicity—I worry that some aspects of life may be forgotten, or worse, deemed unimportant. This is especially the case with sexuality. Take the situation of my patient Elaine, who has voluntarily decided to share her story.

Elaine had a prior history of early-stage breast cancer, dating back to 2004. She should have been cured, but in 2013 she developed fluid within her pelvis. Further work-up revealed carcinomatosis involving the abdomen, all of which pointed to a probable diagnosis of ovarian cancer. She had exploratory surgery two days before Thanksgiving in 2013 and after that, her life changed.

Elaine: “I woke up in the recovery room being told I had lobular breast cancer in my abdominal cavity. In the picture it looked like Ivory liquid with specs of light. Actually very pretty.”

She started on letrozole soon after and had a dramatic clinical and radiologic response; even her tumor markers normalized. However, not everything was going so well. As she explained, “It seemed that the more [my tumor markers] went down, the worse the side effects were. Bloody dry nose, extremely dry lips and dryness in the vaginal area, to say the least.”

The side effects of treatment were indeed extreme, and for Elaine, it included dramatic changes to her sexual function, including pain with intercourse.

Elaine: “When I first started experiencing the side effects of the letrozole, which started right after my ovaries were removed, my husband and I could not have intercourse at all; the pain was intolerable. He asked me what we were going to do for the next 20 years? Would we ever be able to have intercourse again? In my infinite wisdom and most stoic voice, I told him NOT to worry; I would figure it out. And, for the record, I was more concerned about living my life for the next year than thinking about the next 20 years.

But, I decided consciously that I was not going to let the cancer take the joys away from my life, and that very much included making love to my husband. I did realize that I had to work at this just like anything else that is worth having in your life, and that when it came to intercourse and sex, it was ‘use it or lose it.’

After we had had no real success with over the counter products, I contacted my gynecologist for advice. He suggested a brand-name water-based lubricant. However, I didn’t believe that was going to work since we had tried similar products already. I opted to go to her nurse afterwards, to see if she had any other suggestions. I had a thought that perhaps if I could insert the lubricant higher up into my vaginal canal it might help, so I had inquired where I could purchase an insertional aid to do just that. However, the nurse had no idea. Still, I wasn’t going to let that stop searching. Ultimately, I found something that seemed to help. Still, I wanted more and wondered where what else I could do.

I felt I deserved a better sex life, and I was not willing to give up on achieving it, despite my diagnosis. That’s when I came across the Oncology Sexual Health Clinic at MGH and Dr. Dizon. Together we brainstormed on objectives to work on and things to try. I’ve been working with Dr. Dizon on sexual health and general survivorship issues for over a year now and things have improved over time. We’ve established a collaborative relationship and even now, we continue to discuss so many different options. This last month I decided to try a vaginal moisturizer to help with the dryness and chafing sensations in my pelvis and my vagina, and wow, I no longer have to use a lubricant. My pain is better and my sex life with my husband hasn’t been this good in years.”

Elaine is the epitome of the woman living with cancer as a chronic disease. She strives to make the most out of every day and has worked on issues that are important to her, including maintaining her own sexual health and the intimate relationship she has with her husband.

I think it was her perseverance that led her to the Oncology Sexual Health Clinic, and it is for women like her that we began this practice.

While I don’t think all women with metastatic disease prioritize their sex lives, I think there are many more women like Elaine out there. Yet, I also know that sexual health services for patients after cancer is not yet universally available.

I hope her message resonates among all who read this column: When you’ve been diagnosed and are living with metastatic cancer, quality of life is very much an important part of living. For those who cherish their sexuality, it is not a choice between sex and death; it is a decision to live— and to enjoy intimacy and sexuality as you (and your partner) characterize it.

This is a message that I heartily agree with, coming from a friend I respect greatly.