How I (Try to) Avoid Advocacy Burnout 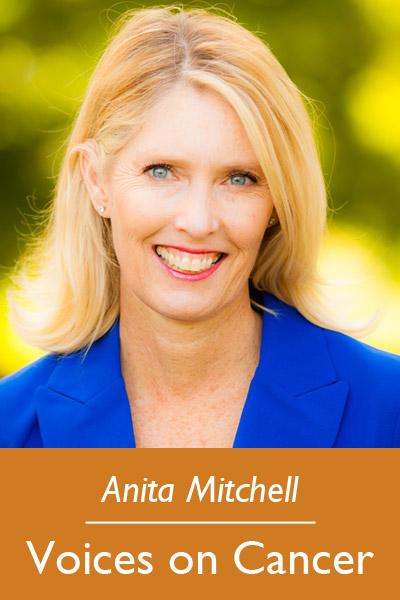 Voices on Cancer is a Cancer.Net Blog series where advocates share their stories and the lessons they have learned about being a cancer advocate. Anita Mitchell was diagnosed with stage IV colon cancer in 2005. She is the cofounder of the Colon Cancer Stars of Washington State.

I had not planned to become a colon cancer advocate. It is something that I just became. I suppose after everything that happened to me, I had to find meaning and purpose in my diagnosis.

I fell into advocacy in 2005, when I was diagnosed with stage IV colon cancer after just turning 41. The fact that my primary care doctor disregarded my symptoms and missed my diagnosis fueled my passion to become an advocate for prevention and a voice for those diagnosed at a young age. I was the third parent at my children’s school to be diagnosed before turning 50, which is the recommended screening age for colon cancer. So, I began educating families about screening and the symptoms of colon cancer. One of the first ways I did this was by starting an awareness day at my children’s school—I called it Dress in Blue Day. Years later, it became a national event!

I wanted to spread the word. After I learned how preventable my case was, I didn’t want this to happen to anyone else! But there were other things going on in my life as well. I was fighting for my life, trying to raise my 3 kids, and dealing with a crumbling marriage. It was a lot to balance.

Still, I started getting involved with some local cancer survivor programs. Then I began volunteering for LIVESTRONG, American Cancer Society, Colon Cancer Alliance, Fight Colorectal Cancer, and Gilda’s Club. Soon after, I found myself on committees for my hospital and state. I even posed for the Colondar for the Colon Club! Eventually, I started my own nonprofit, Colon Cancer Stars of Washington State, with the help of my Washington State Colon Cancer Task Force.

Advocacy is needed to give patients and survivors a voice when cancer becomes faceless.

I clearly remember sitting at the ASCO Annual Meeting one year as a patient advocate. I was still on chemo, listening to the doctors talk about how a drug gives you maybe 1 extra month of life, wondering if the cost was worth it. I wanted to jump up and scream, “Of course it is!”

In the end, I got very lucky and was out of treatment after only 2 years. Even though I survived, I still lived from scan to scan and needed to find meaning in my life apart from my family.

When you are an advocate, you are smacked in the face with limited time and tons of things you want to do and achieve. You have to quickly learn to prioritize what is important. If you don’t, you can get burned out on advocacy. Here are some of the strategies I use to try to keep burnout away.