2017 National Cancer Opinion Survey: Do You Know What Causes Cancer? 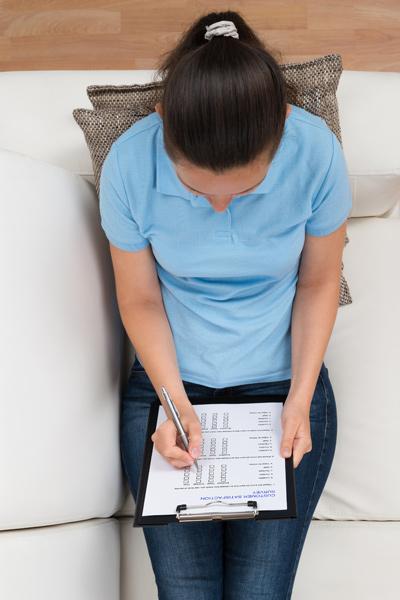 This wide-ranging study identified a number of key findings about how people in the United States view cancer, including the impact of the cost of care and support of cancer research. Yet, the most surprising finding is that a majority of Americans are unaware of many risk factors for the development of cancer.

What are the greatest causes of cancer?

A lot of American adults know about the dangers that tobacco use (78%) and sun exposure (66%) pose in the development of cancer.

However, just 1 out of every 3 Americans knows that obesity can also put you at a higher risk of cancer. Tobacco use and obesity are #1 and #2 when it comes to the causes of cancer that can be changed by lifestyle choices. Being obese increases the risk of developing a number of cancers, including colon, breast, prostate, and uterine cancers.

In addition, only 30% of people know that drinking alcohol can increase the risk of cancer, including cancer in the mouth, liver, and breast.

How do Americans lower their cancer risk?

There is good news. Survey results show that 89% of Americans are doing something to lower their cancer risk, mainly by not smoking and by eating more fruits and vegetables. People could further lower their risk by making the following lifestyle changes:

People who have known someone with cancer are more likely to take further action to lower their cancer risk, according to the findings. 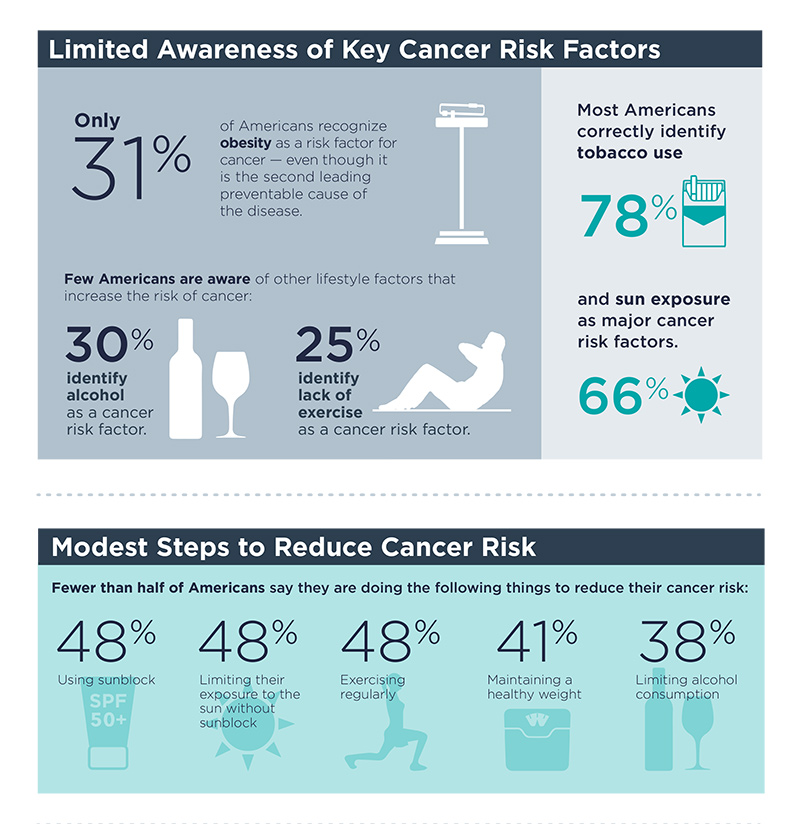