"Do You Still Love Me?" Hormones, Prostate Cancer, and Partners 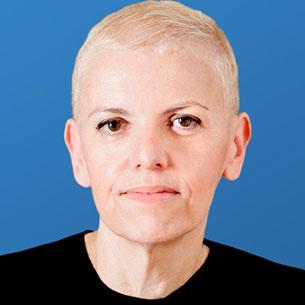 This post was first published in longer form on ASCO Connection, September 29, 2017. ASCOConnection.org is the professional networking site for the American Society of Clinical Oncology (ASCO) and the companion website for ASCO’s official member magazine, ASCO Connection.

Anne Katz, PhD, RN, FAAN, is a certified sexuality counselor at CancerCare Manitoba and nurse counselor at the Manitoba Prostate Centre. She counsels patients with a history of cancer who are experiencing sexual and relationship challenges. Follow Dr. Katz on Twitter @DrAnneKatz.

I see these couples quite often: the man has been prescribed androgen deprivation therapy for prostate cancer and his partner is distressed. He no longer has erections, although for some that had been a problem for years. But even then, they tell me, he at least tried occasionally. Now there is nothing. No hugs, no kisses, no hand holding, no touch. The partners are usually women and their response to this change has been to look inward and to blame themselves. “What have I done?” they ask me. I suggest that they ask their partner that; it is not for me to speak for the man. More often than not, he has no answer. He may shrug or look away, or some look to me to provide the response.

“Do you still love me?” some women ask, with a shaking voice.

These are couples who may have been together for upwards of 40 years. They have shared so much and been everything to each other, and now, in what was billed as the “golden years,” there is doubt about that.

“Well, of course I do…” is the usual gruff response, at times followed by a flash of anger that she could doubt him.

“Then why don’t you show me?” is the desperate response, too often followed by silence.

It’s at this point that I usually intervene and explain the role that testosterone, or in this instance, lack of testosterone plays in the display of affection and/or sexual response. Most couples seem surprised by what I tell them.

“But I thought they were giving him hormones!” is a common response, in part because of the language we continue to use.

Hormones are interesting… Humans are more likely to notice the absence rather the presence of these. My female patients suffer the absence of estrogen after surgical or medical menopause. Every day I listen to descriptions of vulvo-vaginal atrophy that challenge women who have survived breast cancer, their worst fear, and yet the consequences make sex so painful that the fear of cancer is overcome by the fear of intercourse. The loss of testosterone turns most men into solitary figures who never reach out to their partner in love or passion. And their partners suffer until they can stand it no longer; they come to my office seeking answers for their loneliness.

It is often difficult for partners to understand what happens to men on androgen deprivation therapy. I am not sure that the men understand it either, even though they experience the many side effects of the treatment. Men and their partners accept the hot flashes and night sweats. Many women aren’t bothered by the increased sensitivity that makes men cry at heart-tugging commercials on television. Some are bothered by the irritability that their partners develop; they do their best to smooth over the rough edges that cause conflict and harsh words. But the loss of touch seems to wound the most.

Women seem to internalize the loss of touch and sex and blame themselves. They look for reasons that they may be less attractive, less willing, less interesting to their partner. In couples where the man has mostly been the initiator of sex, women are left wondering why he no longer initiates anything, and the answer seems to lie within themselves rather than with the medication.

If patients and their partners are informed about the potential for loss of libido and what this means beyond sex, then they should anticipate that loss of libido may mean loss of sexual interest as well as loss of all touch, resulting in loss of connection and emotional intimacy too. Touch is often the forerunner of sex for many couples. Loss of libido results in loss of all impetus for the man to touch his partner—as initiation for sex or as an expression of affection. The partner then interprets this as the absence of affection or attraction.

In my work with these couples, I make suggestions about the importance of communication in asking for what is needed: a hug, an affirmation of love, a hand to hold when watching TV. I encourage the partner to initiate touch more—not to wait for what has been the usual way for many years, but to reach out and touch the man so that he is reminded. I suggest to the man that he create triggers that prompt him to hug or kiss his partner, even just a peck on the cheek. Perhaps the trigger is the start of the evening news, or after he brushes his teeth in the morning. I remind the partner that it might feel fake or forced at first, but that with time it may become routine and perhaps even feel spontaneous. I reinforce that this is not about them, although it may feel like it.