Immunotherapy for Breast Cancer Treatment: Is It an Option? 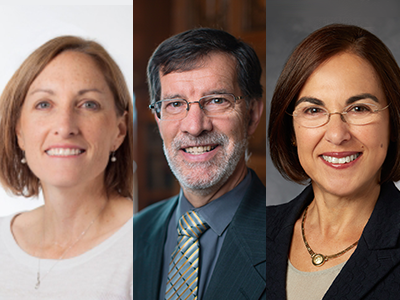 This post has been updated to reflect new research. It was first published on February 21, 2019.

Dr. Norah Lynn Henry is an Associate Professor in the University of Michigan's Division of Hematology/Oncology and is the Breast Oncology Disease Lead at the Rogel Cancer Center. She is the Cancer.Net Associate Editor for Breast Cancer. Dr. Charles Loprinzi is the Regis Professor of Breast Cancer Research at the Mayo Clinic in Rochester, MN, where he is an emeritus chair of the Division of Medical Oncology and an emeritus vice-chair of the Department of Oncology. He is the Cancer.Net Associate Editor for Psychosocial Oncology. Dr. Lidia Schapira is Associate Professor of Medicine at Stanford University School of Medicine and Director of Cancer Survivorship at the Stanford Comprehensive Cancer Institute. Dr. Schapira is the 2015-2021 Cancer.Net Editor in Chief.

Here’s what we know today.

1. Is immunotherapy a proven treatment for breast cancer?

There are a relatively large number of treatments other than immunotherapy for most types and stages of breast cancer. These treatments have been shown to have more benefits and fewer side effects compared to what has been found so far with immunotherapy. As of 2019, there are 2 immunotherapies approved to treat breast cancer. The first is atezolizumab (Tecentriq) plus protein-bound paclitaxel (Abraxane) for locally advanced triple-negative breast cancer that cannot be removed by surgery and for metastatic triple-negative breast cancer. Atezolizumab is only approved to treat breast cancers that test positive for the PD-L1 protein. Pembrolizumab (Keytruda) as a single treatment is approved to treat metastatic cancer or cancer that cannot be removed by surgery that has a molecular alteration called microsatellite instability-high (MSI-H) or DNA mismatch repair deficiency (dMMR).

Immunotherapy is still being tested extensively in clinical trials, which are research studies that test new approaches to treatment. Results from a clinical trial that tested the combination of the immunotherapy pembrolizumab plus chemotherapy for treatment of breast cancer before surgery were presented in late 2019. This study showed that the addition of immunotherapy resulted in more people having their breast tumors shrink completely compared with chemotherapy alone, although it is not yet known whether that means the cancer will be less likely to return in the future. Other similar studies, however, did not show this type of benefit with the addition of immunotherapy to chemotherapy. Therefore, immunotherapy is not yet an established treatment for early-stage breast cancer, but it is still being studied.

2. Which people with breast cancer will be most likely to benefit from immunotherapy?

In late 2018, results from a breast cancer immunotherapy clinical trial were published in the New England Journal of Medicine. The study examined adding atezolizumab to a standard chemotherapy drug called protein-bound paclitaxel in people with metastatic, triple-negative breast cancer who had not previously received treatment for their cancer. Researchers found that adding immunotherapy to the chemotherapy drug may be beneficial for a subset of people, although it increases harmful side effects, also called toxicity. In addition, the findings support the clues found in other clinical trials about who may most benefit from immunotherapy. This treatment combination was approved by the U.S. Food and Drug Administration in March 2019. More research is needed to determine which cancers are most likely to respond to the combination.

3. Should immunotherapy be tried if a breast cancer has not responded to multiple standard treatments?

Unfortunately, studies of immunotherapy for breast cancer that is resistant to multiple prior treatments have not shown much benefit for the vast majority of people. However, there are hints that immunotherapy will eventually play a role in treating breast cancer. There are many clinical trials that are currently testing different types and combinations of immunotherapy in this situation.

4. What are the challenges of immunotherapy?