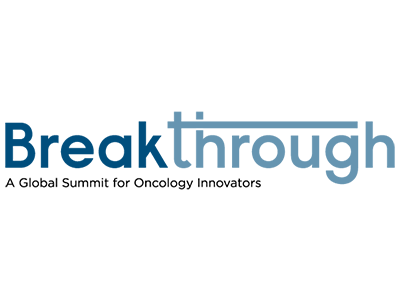 Cancer affects people all around the world,

and that is why the American Society of Clinical Oncology (ASCO) has launched the new Breakthrough meeting. Breakthrough is a global summit for oncology innovators, and it will be held in Bangkok, Thailand, from October 11 to 13. There, health care professionals and researchers can share ideas and learn about cutting-edge research that is driving the future of cancer care.

You can learn more about research from this meeting by following the #ASCOBT19 hashtag on Twitter.

There are 4 studies highlighted in total. The first 2 focus on using blood tests as a cancer screening tool. The second 2 are about the role of genetics in radiation therapy. Below are summaries of these studies that will be presented at the meeting:

Finding cancer as early as possible is an important factor in getting the best treatment results. That’s why research has focused recently on the idea of using a simple, single blood sample to screen healthy people for cancer. The first 2 studies highlighted here from ASCO Breakthrough further explored this concept.

The technology and science behind the 2 tests are complex, but the concept is simple. Collect a blood sample. Test it for cancer. Find and diagnose cancer when it is at an earlier stage.

While both tests in these studies use cell-free DNA (cfDNA), one also uses protein marker test results. cfDNA is degraded DNA fragments that circulate through the bloodstream. These DNA fragments can come from many sources, including tumor cells that have died and released DNA fragments. More research is needed on both these tests, but these early studies’ results are encouraging for researchers who are looking for effective ways to find cancer as soon as possible.

The first test is based on DNA methylation. Methylation is a chemical process that can change how a gene’s function is carried out by the body without changing the order of the DNA. Methylation plays a role in many processes in the body, including the development of cancer. In this study, the researchers used a technique called bisulfite sequencing, which allows them to identify a pattern of methylation.

For this study, the researchers included more than 20 tumor types and all cancer stages. A set of training data was used to develop an algorithm to identify if there was cancer and, if so, where it started. In the training dataset, the technology had a 76% overall detection rate for a preset list of 12 cancers across stages. When the test detected cancer, the technology also identified where the cancer started in the body in 96% of the cases. Of those, 93% of the results were correct. The data presented at ASCO Breakthrough included 1,264 individuals, 654 of whom had cancer. It confirms the accuracy of the technology and represents improved performance.

The test is now being prepared for further evaluation in clinical trials.

What does this mean? With a single blood test and using an algorithm, this technology was able to reliably find many different types of cancer and pinpoint where they started in the body.

“The findings support the potential clinical applicability of this targeted methylation technology, reinforcing our ongoing efforts to bring a multi-cancer, blood-based, early detection test into the clinic to help physicians and patients in the effort to improve cancer-specific outcomes.”

In a separate study, a second test combines data from whole-genome sequencing and results of protein marker tests collected from a single blood draw. This information is then compared against a risk score, called the multivariate cancer risk score (MCRS), developed by the researchers to find cancer. This combined cancer detection test could be used to screen large numbers of people for cancer, even if they do not have any symptoms.

The MCRS was developed from data from 76 patients with stage I to stage IV cancer and 152 healthy individuals. The score was then tested against data from 466 pregnant women. In that dataset, 39 of the women were known to have cancer from previous testing. The most common types of cancer among these women were breast cancer, liver cancer, and lymphoma. The MCRS model effectively identified multiple types of cancer, with nearly 72% sensitivity and just under 98% specificity. Sensitivity indicates the percentage of people with cancer who were correctly identified by the test as having cancer. Errors in sensitivity result in missed diagnoses (false negatives), where someone has cancer, but it is not found by the test. Specificity indicates the percentage of people who did not have cancer who were correctly identified by the test as not having cancer. Errors in specificity result in false positives, where someone is told they have cancer and undergo further tests and possibly treatment, but they do not have cancer.

What does this mean? In the future, doctors may be able to use this testing concept to screen people for several types of cancer from the information provided by a single sample of blood, even if there are no symptoms of cancer.

The next 2 studies highlighted here from ASCO Breakthrough offer an early look at work to identify gene patterns that could predict how well radiation therapy will work and the timing of a recurrence following radiation therapy. These tools need further research, but if verified, they could help guide treatment recommendations.

While these studies are early, the results further support oncologists’ continuing efforts to better tailor each treatment to each patient, a concept called precision medicine. Precision medicine may also be called personalized medicine. In this approach, doctors look at a person’s genetic makeup or look for specific genetic changes within a tumor. By using this information, doctors hope to find prevention and treatment strategies that are individualized and more effective.

Researchers have identified a mutation in the ATM gene in tumors that may be connected to how well radiation therapy will work to treat cancer.

What does this mean? This study examined the effectiveness of radiation therapy in just 11 people with an ATM mutation, so further research is needed. But if it is proven that an ATM gene mutation means that radiation therapy will work best on a certain tumor, then future patients can get a more tailored treatment plan that is more likely to work.

“Radiation works by damaging DNA strands. Therefore, a DNA damage-repair gene that is malfunctioning could mark a tumor as sensitive to radiation treatment. In this context, our study showed that the ATM gene (a DNA damage-repair gene) may serve as a novel mutation-based marker of radiosensitivity, which could be harnessed for personalized treatment in the future.”

In the second highlighted radiation therapy study, this one specifically on breast cancer, researchers have identified a specific pattern of 41 genes, called a gene signature, that could help predict which patients will have a recurrence after radiation therapy.

In a previous study, these researchers had identified a gene signature linked with the effectiveness of radiation therapy among people with breast cancer. In this new study, they expanded on those results using data from 2 groups of people who had received adjuvant radiation therapy, which is radiation therapy after lumpectomy or breast-conserving surgery. Data from the first group of 119 patients were analyzed to find out whether there was a connection between certain genes and when the cancer came back, called a recurrence. Data from the other group of 112 patients were analyzed to see if the results from the first group were reliable and correct. As a result of these analyses, the researchers identified the gene signature with 41 genes and found the signature to be successful at predicting recurrence, with 75% sensitivity and 100% specificity.

According to the study authors, this gene signature still needs further studying in clinical trials before it could be used in regular clinical practice.

What does this mean? For some people with breast cancer, radiation therapy after surgery is not as effective at stopping a recurrence within 3 years. If its effectiveness is confirmed by additional studies, this gene signature could be used to identify those patients and help doctors choose a different treatment plan to try to stop recurrence.

“Historically, women who have breast cancer that comes back within the first 3 years have significantly worse outcomes, including much higher rates of death from breast cancer. If we can identify these patients before they develop early, aggressive recurrences, we may be able to more effectively treat these patients.”