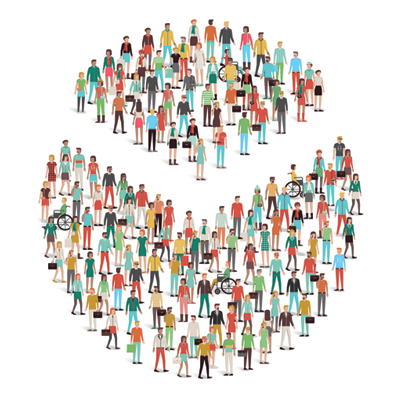 A national survey from the American Society of Clinical Oncology (ASCO) has uncovered significant gaps in the knowledge Americans have about cancer.

The survey showed that few people are aware that alcohol and obesity have been proven to cause cancer and that many believe cell phones and artificial sweeteners cause cancer despite a lack of scientific evidence. Moreover, many young Americans are not convinced of the risks that e-cigarettes pose. And while many Americans believe in the importance of discussing end-of-life care, only 1 in 4 people with cancer have ever talked with their doctor about it.

“Our survey helps us better understand Americans’ views on a range of cancer-related issues and exposes areas that are important to address,” said ASCO President Howard A. “Skip” Burris III, MD, FACP, FASCO. “This year’s findings raise concerns about the current state of cancer prevention in America and strongly support the need for more education on the topic, beginning at a young age.”

This is ASCO’s third annual National Cancer Opinion Survey. The poll, supported by the Mission Endowment of Conquer Cancer, the ASCO Foundation, is designed to be conducted every year to measure shifts in the public’s perceptions of a range of cancer-related issues over time. This year’s survey was conducted online by The Harris Poll from July 9, 2019 to August 10, 2019, among 4,001 U.S. adults who were 18 and older. The survey included 1,009 adults who have or had cancer.

Few Americans take steps to prevent cancer in their lives

Nearly 6 in 10 Americans report that they are concerned about someday developing cancer, yet only 1 in 4 says that they care deeply about preventing cancer and take steps to lower their risks.

Moreover, another 1 in 4 Americans believe that there is nothing they can do to prevent cancer. People can take steps to lower their risk of developing cancer.

“Tobacco use, diet, sun exposure, alcohol consumption, and other lifestyle choices can have a major impact on people’s risk of developing many common cancers, or of cancer recurring,” said Richard L. Schilsky, MD, FACP, FASCO, and ASCO Chief Medical Officer(2013–2021). “While it’s never too late to make healthy choices, it’s most critical for young people to take action to reduce their cancer risk, since it can take decades for the disease to develop.”

Learn more about ways to reduce your risk of developing cancer.

There is a ton of information available about what causes cancer, especially on the internet, and 8 in 10 Americans know that. However, 2 in 3 Americans say they don’t know what information is trustworthy and can be believed.

The same number of people said it’s difficult to know which steps to take to lower cancer risk.

Americans are more likely to learn about cancer prevention online than from their doctor, with 24% saying they have searched online for information about how to lower their cancer risk. About 1 in 5 adults report talking with a doctor about their risk of developing cancer (22%) or what they should do to reduce it (18%).

More effort is needed to talk about end-of-life care

Most Americans (91%) believe it is important for doctors and patients to discuss end-of-life care.  However, these discussions do not happen often enough:

Most Americans are also not sharing their end-of-life wishes. About half of adults (53%) have thought about end-of-life care. Among those adults, 1 in 4 (25%) says they have never communicated their wishes to anyone, including family members.

“It’s critical to plan ahead for end-of-life care in the advanced stages of cancer or any disease,” said Dr. Schilsky.

“Physicians and patients should discuss all of the available care options and develop a plan that reflects patients’ wishes and goals. This can ease the emotional and may even reduce the financial burden for patients and their loved ones.”

Some young Americans remain unconvinced that vaping is harmful and that they should quit. The survey also revealed that about 1 in 5 young adults (18 to 38 years old) in the United States uses e-cigarettes daily or recreationally.

Further analysis found that nearly 1 in 4 young adults incorrectly views them as harmless and not addictive, and 3 in 10 think flavored e-cigarettes are less damaging to a person’s health than non-flavored ones, which is not true.

Information on this e-cigarettes finding is covered in more detail in an earlier Cancer.Net blog post. To learn more about the full 2019 National Cancer Opinion Survey, visit ASCO’s website.