Cancer in My Community: Advancing Cancer Care in Romania 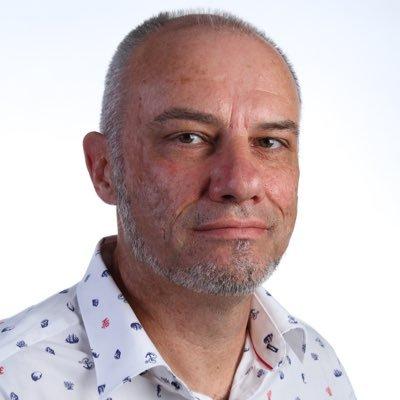 Anghel Adrian Udrea, MD, PhD, is a medical oncologist and the medical director and co-founder of the private Medisprof Cancer Center in Cluj, Romania. He earned his medical degree and PhD at the University of Medicine of Cluj, Romania, and was a fellow for 1 year at the Centre Henri Becquerel in Rouen, France.

It was by chance that I chose to be an oncologist at the beginning of the ’90s, but in time, I developed a passion for this specialty where tremendous progress has been made in caring for people with cancer. Until 2011, I worked for 20 years in a public-owned hospital where I had also had my medical training. Romania was just getting out of communism when I began my oncology training in 1990, with people around us having enormous hopes for the future.

Time was passing, and the expected improvements in the quality of the services in oncology—along with other types of medicine—were not even planned. Then, from 1993 to 1994, I had the chance to spend 6 months of my oncology training at the Centre Henri Becquerel in Rouen, France. That gave me the ability to observe the gap between Romania and Western countries when it came to state-of-the-art training and patient care.

There is a national mandatory state insurance coverage for people in our country that includes costs for cancer diagnosis, treatment, and follow-up. But patients with cancer still experience various administrative and social obstacles, as the coverage has many gaps. For example, there are no national screening programs. That means late diagnosis is common, especially because of the low access to and poor education around screening. Surgery is also often a typical treatment, so for example, a lot of patients diagnosed with rectal cancer who should have had combination chemotherapy and radiation therapy before surgery instead get surgery first. Patients are also commonly hospitalized for weeks, waiting to have a CT scan. Then, they’ll sometimes have to wait a few more weeks in order to get the test results.

Multidisciplinary committees are not used in Romania. In fact, there are still oncology departments where drug preparation is done at the patient’s bed. Plus, the lack of patient education, awareness, and properly conducted informed consent is widespread.

One good thing about cancer care in Romania is that the cost of drugs are reimbursed by a national program. The problem after that, however, is that genetic testing and imaging to have a drug prescribed and followed properly is only partially reimbursed. Therefore, for example, targeted therapies or immunotherapy drugs that are extremely expensive are sometimes administered without access to the best tools to make sure that they are the right treatment for the patient.

Finally, support therapy facilities or at-home services are very rare in Romania. This means patients are sometimes traveling up to 12 hours to reach a cancer center. Because of all these barriers, people with cancer often do not trust our medical system and prefer to go and pay directly for care at cancer centers in places like Turkey, Austria, Germany, France, or the United Kingdom.

Why I chose to open a private hospital in Romania

When I was a fellow from 1998 to 1999, my wife (who’s a general practitioner) had the idea to open a private day hospital in Romania where we could afford to create a quality service for people with cancer. We wanted to implement the ideas about medical oncology services that we observed during my time in France. Keep in mind, this was in a country where, during the last 30 years, not a single oncology hospital was built by the public system.

Eventually, that idea brought us to starting the Medisprof Cancer Center in 2017, which received a private investment of about 15 million euros (including funding of almost 7 million euros from the European Union for equipment). The state-of-the-art clinic was based on the concept of light—light for our patients everywhere, from the entrance, through the imaging department, to a cafeteria that smells like fresh pastries.

Challenges to opening a private hospital in Romania

At Medisprof, staff had to be trained, as we have no schools for medical secretaries and no oncology training for nurses. We also had to create an electronic medical record (EMR) system in Romanian, which we worked on for 2 years with a dedicated data manager and software developer.

Today, a multidisciplinary team is in place that discusses the best options for our patients’ cancer management. The team includes specialists in psycho-oncology, nutrition, and genetic counseling. From 2016 to 2018, we worked to adapt our procedures, complete trainings for staff, and change our practices regarding patient information in order to be awarded with a Quality Oncology Practice Initiative (QOPI) Certification from ASCO.

Where can patients find local resources and support in Romania?

This can be difficult, as resources and support from the state administration are missing. However, patients can learn more about reimbursement through the Casa Naţională de Asigurări de Sănătate (National Reimbursement Agency). There are also some non-government organizations like Federatia Asociatiilor Bolnavilor de Cancer (Federation of Cancer Patients Association) (FABC) or the Asociatiei Melanom Romania (Melanoma Patient Association) fighting to improve patient management for Romanian people with cancer.