Carving a Path for Research on Rare Cancers: “Your Stories” Podcast 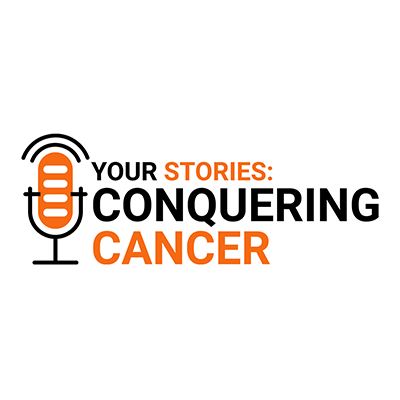 Conquer Cancer, the ASCO Foundation, developed the podcast series Your Stories: Conquering Cancer to showcase unscripted conversations between patients, doctors, and the family and friends who conquer cancer with them.

In the latest Your Stories podcast episode, "No Stone Unturned," Nizar Tannir, MD, FACP, and Pavlos Msaouel, MD, PhD, reflect on filling a need for research on rare cancers. They share how personal experiences with patients motivated them to search for a cure for renal medullary carcinoma (RMC), a rare and aggressive subtype of kidney cancer. It's a story about creating hope for patients everywhere, regardless of their diagnoses.

A heartbreaking interaction with a young father nearing the end of his life left Dr. Tannir determined to improve outcomes for patients with RMC.

"I left defeated," says Dr. Tannir. "I felt that RMC had won again."

This was a turning point for Dr. Tannir, who transitioned his research focus to finding treatments for people with RMC. "I realized that if anybody is going to do something, it's us," says Dr. Tannir. "We will have to do it."

Dr. Tannir and Dr. Msaouel are helping lead RMC research worldwide. Dr. Msaouel stresses that international collaboration will be the key to success. Together, they are forming an organization that unifies stakeholders who are conquering rare cancers, including patients, physicians, advocates, and caregivers.

Social media is central to Dr. Msaouel's strategy for building awareness around uncommon cancers. For example, in August 2018, he tweeted about his clinical trial that was recruiting patients with RMC. Less than 9 months later, he had recruited nearly half of the target number of participants.

"This is fast for such a rare cancer, and this is in large part thanks to community efforts to raise awareness," says Dr. Msaouel.

Dr. Msaouel expects that with awareness on the rise, progress for RMC research will be steady. He explains that insights gained from studying rare cancers can accelerate advancements across all cancer types.

Hear more about Dr. Msaouel's and Dr. Tannir's experience with research on rare cancers. The Your Stories podcast, from Conquer Cancer, the ASCO Foundation, features candid conversations between family and friends who conquer cancer alongside their loved ones. Subscribe to Your Stories today.