Embracing Bravery When You Have a Genetic Cancer Disease 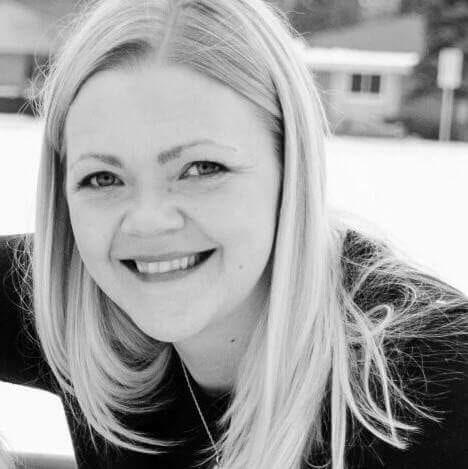 Emily Pinto Billcheck is a licensed social worker with experience in the mental health field. She is a von Hippel-Lindau (VHL) patient who inherited VHL from her late father. Her sister and niece are also affected. She and her husband live in Michigan and have 1 son who does not have VHL. Emily currently serves as the Board Secretary for the VHL Alliance.

A “warrior” has been defined as a brave or experienced soldier or fighter. Hardly seems like me. I was small growing up, and I was always the last person picked for sports. I was also usually 1 of the kids that was picked on first. Truth be told, I made myself an easy target. I was most likely to cry. I was labeled “sensitive” as a child. I have always been very in touch with my emotions and have always felt all things in a big way. I know now that this stems from a deep sense of empathy. I still can’t watch horror movies, or even nature videos, without being troubled for days by the suffering I see other creatures endure.  So when I first became acquainted with the warrior terminology as it is used in the von Hippel-Lindau (VHL) community, I was not comfortable using it to describe myself.

VHL is a rare genetic cancer disease that affects approximately 1 in every 36,000 people across the globe, according to the National Organization of Rare Disorders (NORD). It is characterized by benign and cancerous growths in up to 10 areas of the body. In my case, it has affected my brain, eyes, kidneys, and pancreas. This is why we, in the VHL community, affectionately refer to ourselves as warriors, because we’re battling a disease that has no cure and diligently monitoring and hopefully removing growths before they wreak too much havoc on our bodies.

I consider myself lucky. I was diagnosed with VHL through genetic testing at the age of 17. I was spared the horror of having to discover I had VHL only after it had caused some catastrophic problem, such as blindness, metastatic cancer, or spinal cord damage. Those are the real warriors, I tell myself. I was also spared the guilt of passing VHL to my only son. My heart aches for those parents. They display true courage.

I did not have my first surgery until I was 34, but there are so many of us out there with a surgical history that begins well before adulthood. I had a highly skilled surgeon who actually knows about VHL and is experienced in removing my type of tumor. He removed it from my cerebellum within a few hours. I was back to work less than 6 weeks later with minimal complications. This was hardly deserving of the term warrior in my mind, I thought. I didn’t consider myself brave. I was terrified.

Then I remember that I am also the same person that provided end-of-life care to my terminally ill father  due to his VHL-related cancer when I was 21 years old. I remember burying him at 22, the same year I found my first brain tumor. Then I attended the funeral of his identical twin only 6 months later. I have a vivid memory of standing in front of my uncle’s casket and staring at those familiar hands, hands that I could swear were my dad’s. Suddenly, it was like no time had passed and I was mourning the loss of both men at once.

I remember the sight of my sister in the ICU after her first surgery. She was swollen, weak, and attached to so many machines. I put on a brave face despite the fact that all my instincts were telling me to close my eyes and run. I remember smiling and telling her she was strong.

I remember spending my 35th birthday in the hospital recovering from kidney surgery, then getting the pathology back a few days later saying what we all already knew: that the tumor was cancerous.

I remember watching my mother hold my son to a table as a nurse drew his blood for genetic testing. I felt helplessness in that moment as I watched him cry. How do you even begin to explain any of this to an 18-month-old?

I also look at all of my accomplishments. I graduated from college, then graduate school, and became a social worker. I am a wife and a mother. I continue to work full-time. I also serve on the Board of Directors for the VHL Alliance, which has allowed me to meet so many inspiring people and learn about their stories. I support my sister as she also navigates her own life with VHL. I realize that this has all been done in the backdrop of countless MRIs, doctor’s visits, blood draws, eye exams, and other complications that VHL has thrown my way.

Bravery has many shapes and forms. Despite all the uncertainty and loss that comes with VHL, I continue to live my life and feel as deeply as ever. I love fiercely. I fear intensely. I also grieve. Not just for my losses, but for all the other warriors I have been lucky enough to meet. People with stories far more compelling than my own. I do not let it define me, but I allow myself to feel grief that is crushing at times. It is profound. It is raw. It is real. If that is not brave in the face of VHL, I don’t know what is. After years of self-doubt, I have come to the realization that I am, in fact, a VHL warrior, and I am a tough one at that.