How I Learned to Cope With Survivor’s Guilt After Cancer 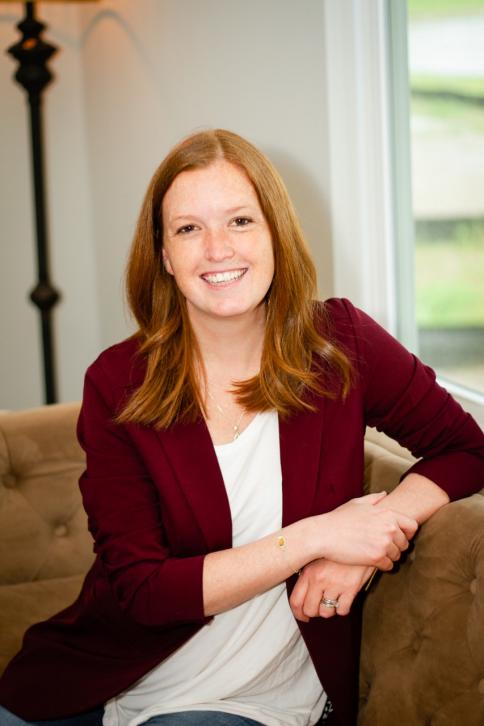 Bethany Hart lives with her husband Kevin, son, and 3 dogs in the suburbs of Indianapolis, Indiana. She is a survivor of small cell neuroendocrine cervical cancer. After being declared cancer-free, Bethany and Kevin launched a nonprofit, The HallieStrong Foundation, in memory of their daughter. HallieStrong sends free care packages of fun socks to people with cancer. You can follow Bethany on Twitter.

Three and a half years after being declared cancer-free against all odds, I was at my regularly scheduled follow-up appointment with my oncologist. We were going through the pre-visit questions with his resident when he said those words. He was responding to me because I had answered his first question about how I was feeling with, “I’m great. No complaints here!” I was anticipating a, “Great,” and expected that he would quickly move on. But my oncologist saw right through it.

He asked me again how I was feeling, and what I’m sure was only a few brief seconds felt like an eternity in my mind. My inner thoughts sounded something like this: “I get to complain? You want me to rattle off everything bothering me? Where would I start with that long list? Do I start with my hips? My pelvis? But wait, how can I rattle off the ways my body is hurting as a result of my treatment when so many people have it worse? I can walk just fine; why would I mention my hips? How could I talk about the stress of scans or fear of recurrence when my scans have had no evidence of disease (NED) and so many people I know are fighting recurrences? Would my oncologist think I’m crazy that sometimes I miss the days of treatment because I didn’t have time to think during treatment? Thinking and feeling has been hard post-treatment. Forget all this though. Why would I complain about anything when I’m alive and so many people aren’t, including people I’ve met through support groups or at my cancer center? Moms. Dads. Wives. Husbands. Kids. The kids just break my heart. Grandparents. Best friends. All of these people had stories of their own and had their lives turned upside down with 1 word. People who never saw it coming. People who deserved NED. People with so much life left to live, cut short because of cancer.”

What I realized that day is that I hadn’t let myself answer that question of how I was feeling. I had survivor’s guilt.

I often say the world fails people with cancer after treatment. During treatment, everything is so regimented. I had my entire life scheduled for me. I had my medication schedule down to a science. My doctors and nurses were always checking in on me. I had labs constantly being drawn to monitor me. I had all the appropriate phone numbers lined up for when I experienced any side effects. I had an army of support checking in on me all the time. And then, I was the lucky one. I heard, “NED.” I rode an initial high of gratitude and relief. I celebrated being done with the poking, prodding, port flushes, and hospital smells. But as time passed, the questions of “How are you?” started to fade. So I inadvertently stopped processing those thoughts. My hair grew back, and work became work again. The people around me went back to their normal lives. And it was then that I realized the insanity I had just endured. It’s only then that I started to realize that normal is no longer normal. The grief set in, and everything felt foreign. The gratitude wore off, and I started to feel very lonely. But again, how could I say any of this out loud when I was alive?

I got to a very dark point in life thanks to the rabbit hole of survivor’s guilt. I was also dealing with the grief of losing our daughter, who I was pregnant with when I was diagnosed with cancer. I simply couldn’t make sense of how to navigate all the emotions that came with being treated for cancer, becoming cancer-free, and losing our daughter while also trying to reconcile that I was grateful to be alive. I felt so many heavy emotions. But anytime I wanted to talk about them, I’d stop myself because I told myself I didn’t get to. I was alive and my daughter wasn’t. I was alive and so many people diagnosed with cancer weren’t, including people I had met and people with my type of cancer. I was drowning in survivor’s guilt without even realizing how common these feelings were.

Eventually, I came to find out that there is an entire community of cancer survivors feeling these exact emotions. When I started saying how I was actually feeling out loud, only then did my perspective shift. Is there anything more wonderful than validation?

I learned that emotions aren’t absolute. I was making them either/or, and they don’t need to be either/or. They aren’t either/or. Denying one thought because of another only dug my hole of guilt deeper. I was talking to a dear friend one day, and she saw this in me. She challenged me to give myself the space to feel it all and the grace to know it can all be true at the same time. How? Simply by saying, “and,” when I was saying, “but.”

Before, I would say, “My hips hurt, and I am so frustrated I can’t run like I used to. I hate not having a physical outlet right now, but I shouldn’t complain because I can at least walk.”

Instead, now I say, “My hips hurt, and I am so frustrated. The pain is annoying, and boy am I grateful that I can still do so much. Besides, I can blame my slow running on that now.” Both are true. (Humor came with time.)

Before, I would say, “I am having a horrible day. I hate cancer so much. It changed everything about me and everything about my life. It’s the worst, but I feel like I can’t say that because I survived when so many people don’t. When my daughter didn’t. I’m the lucky one, and I need to realize that.”

Now I say, “I am having a horrible day. I hate cancer so much. It changed everything about me, and I realize I statistically shouldn’t be here. I recognize the miracle of that. It’s OK to be grateful for that and to make something of my life now.” Both are true.

And on my darkest, most vulnerable days, when the weight of the loss of our daughter is heaviest and I want to cry, kick, and scream at how unfair it all is, I’m tempted to push it all away because of my survivor’s guilt. Instead, I try to find a way to say to myself, “There is nothing fair about any of this. I’m literally living the unimaginable: cancer and the loss of our child. I miss her and what our life should’ve been so much. And as I hold my husband and son tight, I am grateful for the beauty that can come from the ashes.” Both are so true.

Survivorship is an indescribable roller coaster. There’s no playbook, no boundaries, and no predictability. The reality is, survivorship is just as hard and takes just as much of a toll on you as the actual cancer treatment. The toll is just not as visible. I’m not entirely sure I buy that time heals all wounds, but I do think time provides perspective. Time allows silver linings to unfold. Time allowed my trials to mean something. It doesn’t take away from the crisis that is a cancer diagnosis. It doesn’t take away the paralyzing fear or the endless pain. It does, however, create that space and grace for “and,” which is the conqueror of guilt. Wherever you are in your survivorship today, you are not alone.