Coping With Social Isolation as a Teen With Cancer 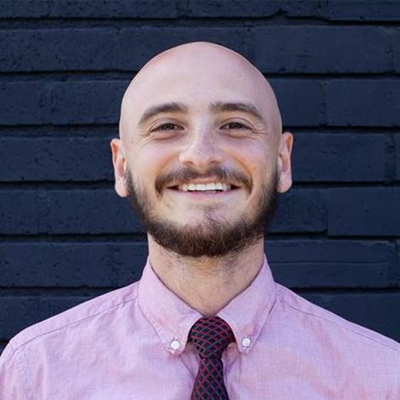 Alec Kupelian was diagnosed with Ewing sarcoma when he was 19 years old. After 11 months of intensive treatment, Alec was declared in remission in May 2015. Alec now works at Teen Cancer America, a nonprofit that works directly with hospitals to establish teen- and young adult-specific programs and facilities for cancer. Alec loves what he does because it allows him to help create a world that is kinder to people like him; he knows that being a teenager is hard enough without cancer.

I remember the time in my life when I was still young enough to “know everything.” It was back when I still believed I was invincible. I was 19 and a freshman in college. It was May, and my new friends and I were talking about living situations for the next year.

At the time, my first collegiate ultimate frisbee season was coming to a close. I had pulled my groin earlier in the season, and it just hadn’t gotten better no matter how much rest and treatment I had gotten. In fact, it had gotten worse. I couldn’t use my left leg. My thigh had atrophied down to mere inches around, and I was in so much pain I couldn’t sleep for more than an hour at a time. Looking back, I always think about how stubborn I must’ve been to insist that, “No, I’m going to get better so I can finish the season.”

I drove down to my parents’ house on a Saturday to take a friend of mine from high school to prom. I didn’t even pack a change of clothes for the next day. But my dad saw me changing and knew instantly from the clearly visible lump in my side that I needed to see a doctor.

Saturday was prom. Sunday, we went to the emergency room, where I had a magnetic resonance imaging (MRI) test done. Monday, I got a biopsy on the mass in my left hip and drove back up to my university to move my stuff out and say goodbye to my friends. Tuesday, I had a permanent IV placed in my chest called a port, and by Wednesday, I had started chemotherapy.

I went from being in college with friends, doing well in class, and being on a sports team to being diagnosed with a football-sized tumor in my left hip and being stuck in the hospital, all within 4 days.

The next 5 months were a blur for me. I was on so many medications and everything was so overwhelming that I just don’t remember a lot of what happened. I do know I had a lot of visitors though. High school friends I hadn’t talked to in a while, college friends driving down to pay me a visit, and hospital staff were all coming and going. I was constantly surrounded by people, but they no longer saw me as me. To them, I was a cancer patient, their sick teammate, or their far-away friend. Even to my family, I was no longer “adult” me; I was a child needing protection from a dangerous disease. I was surrounded by people, but I felt like a zoo animal all alone.

Honestly, I had the best friends that anyone could ask for. They checked in regularly and visited when they could. They talked about my cancer experience with me and didn’t shy away because it was too heavy or difficult to talk about. I am so grateful for them because I know that is not the case for many young people diagnosed with cancer. Even then, I missed a year of memories and new friends, and no matter how welcoming they were, I still felt like an outsider.

Cancer treatment itself was actually the easiest part of cancer for me in a weird way. There is this idea that when you’re declared in remission, then cancer is over and you’re all good. But treatment had a plan and a structure. I suffered, I struggled, and it was hard, but coming back out into the “real world” was even harder. All of my friends had gone a year further in school, so I didn’t know anyone in my classes anymore. My grades suffered. I didn’t have people to live with when I came back because I didn’t know if I would be able to return to school at all. My friends had new friends and a year of inside jokes that I just wasn’t a part of. I had this whole cancer experience that no one else could understand, try as they might. I was alone. Even after cancer treatment, I was alone.

I was not okay. I started drinking alcohol in excess. I had days when I couldn’t even turn on a show because I was so depressed. I would lay in bed, staring at the ceiling with nothing to do. When I did get out of my room, the mask I used to cover my depression and anxiety prevented anyone from knowing anything was wrong. I needed help, and lucky for me, I got it.

I sought out the social worker on my health care team who helped me find a therapist who specialized in illness and substance abuse. At first, I began to share my struggles with the people closest to me so that they would check in with me more often, and I ended up feeling closer and more connected to them in doing so. The friends that I kept during treatment are still some of the best friends I have now.

Now, 5 years after treatment, I work for Teen Cancer America, a nonprofit that works to improve the resources, programs, and facilities for teenagers and young adults with cancer. I have talked to dozens of people who are just like me. So many teens and young adults who go through cancer treatment feel the same way I did. We feel defined by our cancer by other people. But I am me first. Cancer is a part of my world now and always will be, but I am not cancer. I am a person who had cancer, and that is a very important distinction.

Through my work at Teen Cancer America, I know the COVID-19 pandemic has made isolation for teens and young adults going through cancer treatment even harder than ever before. Cancer treatment can suppress your immune system, and some hospitals can’t allow any visitors for fear of infection. There are teenagers in hospitals who aren’t even allowed to have family in the room with them because they are 18 and considered adults.

But 1 thing I learned during my cancer experience was that I am never alone. I hope that those going through cancer treatment feel that too right now, even if friends and family may not be able to be in the same room. During my cancer experience, I found that there were people around me who cared about me and who wanted to help. One person alone can’t hold the burden of everything you go through during cancer, including me. The good news is, there are more people out there willing to carry at least a little piece of it. I realized that, and now my burden isn’t so heavy. I hope you find people throughout your experience who are able to do the same for you.