How to Find an Oncologist Who’s an LGBTQ+ Ally: An Expert Q&A 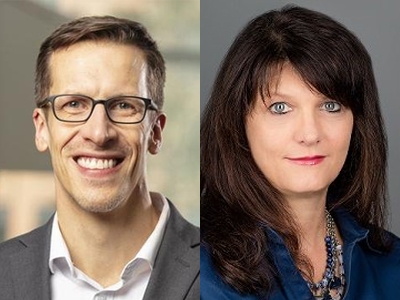 Charles Kamen, PhD, MPH, is a clinical psychologist and assistant professor at the University of Rochester Medical Center. Dr. Kamen has a strong background and training in behavioral medicine, health disparities, and interventions for diverse couples and dyads. He also leads the health disparities research effort in the University of Rochester NCI Community Oncology Research Program (NCORP) Research Base. Gwendolyn Quinn, PhD, is the Livia Wan Endowed Chair and Vice Chair of Research in the Department of Obstetrics and Gynecology and professor in Population Health and the Division of Medical Ethics in the New York University Grossman School of Medicine. Dr. Quinn’s research focuses on patient-provider communication, primarily in reproductive health and cancer in adolescents and young adults, LGBTQ+ health issues, uptake of genetic technologies, clinical trials, and access to care for minority and underserved populations. View Dr. Kamen’s disclosures. View Dr. Quinn’s disclosures.

It is important for every person with cancer, regardless of their sexual orientation or gender identity, to find an oncologist whom they trust, feel comfortable with, and feel respected by. A cancer diagnosis can be frightening, and feeling comfortable with the cancer care team can help to reduce a person’s stress and anxiety.

People from the LGBTQ+ community may especially want an oncologist they can trust because they are more likely than people in the general population to have experienced prejudice and discrimination based on their sexual orientation and/or gender identity. This prior discrimination may even have come from health care providers or institutions. Because of this, LGBTQ+ people with cancer may want to look for an oncologist who has a welcoming clinic environment and a care team trained in the unique needs of LGBTQ+ people. Oncologists treating people with cancer, and those treating LGBTQ+ people in particular, may need to acknowledge that these patients have intersecting identities (including cultural, religious, racial/ethnic, professional, sexual, and gender identities) that could affect their experience of cancer.

Here, learn why having an oncologist who’s an LGBTQ+ ally is important and how you can find a trusted provider for your care.

Why is it important to have an oncologist who's an LGBTQ+ ally?

The history of discrimination against LGBTQ+ people, both in the United States and around the world, highlights why it is important for LGBTQ+ people with cancer to have an oncologist who is both culturally sensitive to LGBTQ+ patients’ needs and who is an ally to LGBTQ+ people in general. Being an ally may mean several things. It may mean the oncologist will advocate for taking sexual orientation and gender identity into account in a person’s treatment plans, take the time to get to know the patient as a whole person without making assumptions based on their intersecting identities, and champion efforts to train others in LGBTQ+ cultural sensitivity. It may also mean the oncologist fights for equity in their institution for all patients, regardless of sexual orientation, gender identity, racial/ethnic, or religious identities, regardless of whether the oncologist is also a member of any of these groups. Only by having oncologists who demonstrate such allyship can systemic change be realized in the treatment of LGBTQ+ people with cancer.

How can having an oncologist who's an LGBTQ+ ally impact your care?

For any person undergoing cancer treatment, mutual trust and respect with the cancer care team are key. This means that the care team takes the time to determine what the person’s values and goals are and makes a shared decision about treatment based on those values and goals. No one wants an oncologist who views them as just “the cancer patient.” Rather, all people want to be viewed holistically as individuals who have families, support systems, jobs, sexual orientations, and gender identities. In short, we want to be viewed as all the things that comprise who we are. The actual treatment may not change because of someone’s sexual orientation or gender identity, but their care team should nonetheless display respect for all aspects of their identity. When a person with cancer trusts their oncology care team, they are more likely to follow through with their care, show up for appointments, have less distress, and have more satisfaction with their cancer care experience.

When the care team is not culturally sensitive, the person with cancer may feel stigma, shame, discrimination, and a lack of trust. Sexual and gender minority people with cancer who feel uncomfortable may not disclose information that is important for their care, such as their sexual orientation or gender identity. When there is a lack of trust or perceived discrimination, shared decision-making can’t occur. A person who does not feel safe also may not feel comfortable bringing their caregiver to appointments with them or may not disclose that they do not have sufficient support. This may be especially true when caregivers are also in the LGBTQ+ community.

What can LGBTQ+ people with cancer do to see if they are in a safe space?

One thing that an LGBTQ+ person with cancer should ask about is an oncologist’s institution’s non-discrimination policy. An oncologist who is an LGBTQ+ ally should know what their institution’s non-discrimination policy says and whether it includes protections based on sexual orientation and gender identity. Remember, it is always your right as a patient to choose a treatment center and an oncologist with whom you feel comfortable, so don’t be afraid to ask for a second opinion or go elsewhere in order to find a doctor who you trust.

How can people within the LGBTQ+ community find an oncologist who's an ally?